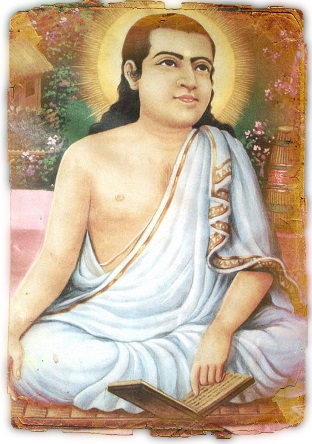 Often when we talk of national integration and unity, there are voices which state that it is incorrect to assume that India is one nation. The reason given is many residents of certain states may feel themselves to be different from the nationalist vision of India. One state that is often thought to think like that is Assam. Many scholars believe that the cause of militancy in Assam which rose in the 1980’s in the form ULFA, as well as NDFB, stems from the sentiments among many Assamese who see themselves as different from what is termed as ‘mainland’ Indians. Although nowadays many Assamese, young and old have debunked such notions, these notions are still promoted by parties with ulterior motives.

To an extent this feeling of difference some Assamese feel is also because many of us from other parts of India have not paid sufficient attention to the traditional heritage of Assam. Even worse some have no idea about something as basic as the geography of the state. We often hear news of discrimination, people from Assam, and by extension, the Northeast, face in the national capital. On this occasion, this statement of a saint, long-forgotten and nearly buried by Government historians, is worth reading:

These are the words of the great saint, scholar, social reformer, and possibly one of Assam’s greatest visionary, Srimanta Sankardev. This article will be an attempt to give a brief sketch of his memorable life.

According to traditional sources Sankardev, then named Sankara, was born in Alipukhuri near Bordowa in the present day Nagaon district of Assam around 1449 CE. His father Kusumvar Bhuyan was the Shiromani (chief) of the Baro-Bhuyans clans of the region (the Baro-Bhuyans were independent landlords in Assam).

Sankardev was not fortunate to get the love of his mother who tradition states died soon after his birth. When he was about 7 years old, tragedy struck again as Kusumvar Bhuyan died due to smallpox. The orphan Sankara was raised by his grandmother Khersuti.

He began attending the local chatrasaal (school) at the age of 12 and started his primary education. At that age itself, Sankara proved to be a poetic genius as he wrote his first verses later known as karatala-kamala. He stayed at the chatrasaal during his teens, studying grammar, philosophy and Sanskrit scriptures. He was physically in great shape and according to legend, could swim across the mighty Brahmaputra with ease. It is generally believed that he wrote his first literary work, Harishchandra upakhyan, during his teens. The teacher of the school Mahendra Kandali changed his name to ‘Sankardev’ as a mark of respect.

Sankardev finished his education around 1465, by which time he mastered almost all the major works in Sanskrit. After education he was asked to become the Shiromani Bhuyan. He came to be known as the Dekagiri among his admirers. He moved from Alipukhuri to Bordowa and married his first wife Suryavati in his early twenties. Suryavati shared the sad fate of Sankardev’s mother and died giving birth to their daughter, Manu.

The death of Suryavati affected Sankardev who slowly became disinterested in his administrative work, but did take good care of his young daughter. As was the tradition of that era, when Manu turned eleven, she was given in marriage to a young Bhuyan scion named Hari.

Following this event, Sankardev decided to embark on a pilgrimage, and as a result handed his Shiromani position to his grand uncles. Accompanied by his close friends as well his teacher Mahendra Kandali, Sankardev began his journey around 1481. His pilgrimage covered almost all the major sacred sites like Puri, Mathura, Rameswaram, and Benares. It is believed he spent many years at Puri, where he read and explained the Brahma Purana to the priests as well as the ordinary people. During that time he also composed his first Borgeet “Rama meri hridaya pankaje baise.”

After travelling for about twelve years, Sankardev returned home. On his grandmother’s insistence, he married for the second time. It was around 1494 that the first naamghar (prayer hall) was constructed by Sankardev where he began teaching the residents about Bhakti. His two major works of this time were Bhaktipradipa and Rukminiharana. One of the companions he made during the pilgrimage, Jagadisa Misra of Mithila gave him a copy of the Bhagavata Purana. Sanakrdev began translating it into Assamese simultaneously composing the Kirtana ghosha, a collection of his poems.

Political situation at the time

During that time, the Bhuyans had become politically weak due to constant attacks from neighboring tribes. Because of this, Sankardev and his family had to move from place to place. He stayed for five years in a place called Gangmau where his son Ramananda was born. While there, the Koch king Viswa Singha (from present day Cooch Behar) attacked the then Assam’s independent rulers, the Ahoms.

The Bhuyans fought for the Ahoms, finally defeating the Koch king. Due to the unsettled situation at Gangmau, Sankardev moved to present day Majuli, an island on the Brahmaputra. Upon his arrival, Sankardev entered into a religious altercation with Madhavadeva, a devout Sakta warrior, who on conversing with Sankardev, became his most fervent follower. Like the case in most of medieval India, the teachings of Dharma were corrupted by the influential priestly class for their own benefit. To these priests, Sanakardev appeared to be a genuine threat as he was getting a huge following because of his straightforward, truthful teachings.

These priests complained to the Ahom king Suhungmung, who summoned both Sankardev and Madhavdev to court. But both of them managed to convince the king about the truth contained in their teachings and were let off.Following Suhungmung’s death, the hostile priests started planting false stories in the head of his successor Suklenmung, making him believe that Sankardev “is actually a troublemaker aiming to usurp the throne.”

And so, on a fragile charge of neglect of duty, Sankardev’s son-in-law Hari (who was then a land official for the kingdom) and Madhavadeva were arrested. On being egged on by the foes of Sankardev, the king sentenced Hari to execution, while Madhavadeva was imprisoned for a year. This incident convinced Sankardev that he was no longer safe in the Ahom kingdom. On Madhavadeva’s release, Sankardev along with his family and Madhavadeva, journeyed towards the Koch kingdom settling down in Patbausi near Barpeta around 1541.

In the Koch Kingdom and death

In Barpetra under Sankardev’s instruction, his followers constructed another naamghar. Some of the people who became his disciples at this place were Chakrapani Dwija, a Brahmin, Govinda, a Garo tribal, Madhai, a Jaintia and Murari, a Koch farmer.

Among the literary works composed by Sankardev during this time were three plays: Parijata harana, Keligopala and Kalidamana. At some point in 1551, Sankardev undertook a six-month pilgrimage to Puri, with a retinue of hundred and fifteen disciples, who came from all walks of life.

Like with the Ahoms, the priestly class of the Koch kingdom felt threatened by Sankardev and to end his influence, complained to the king insinuating that the great saint was a spy of the Ahoms. Naranarayana the Koch king ordered Sankardev’s arrest. Although Sankaradeva managed to go into hiding, some of his disciples were captured and subjected to inhuman torture.

At that time Chilarai, the general of the Koch army and brother of Naranarayana, dispatched his own soldiers ordering them to find Sankardev and keep him safe from the king’s men. This is because the general had been married to Kamalapriya, the daughter of Sankardev’s cousin Ramaraya. He knew Sankardev was innocent and had great reverence for him.

Sankardev was then brought safely to Chilarai who requested the King to give an audience to Sankardev and the king agreed to do so.

On meeting the saint, Naranarayana was mesmerized by his serene personality and asked Sankardev’s opponents to prove their complaint. When they faltered, the saint was declared innocent. Sankardev then went on to debate his views with the priests, successfully proving them wrong.  By that time, Sankardev was over a hundred years old but still attended the royal court at the king’s request, where he would preach and debate with the other priests and scholars.

On the request of Naranarayan and Chilarai, the saint asked the famed weavers near Barpeta, to weave a forty-yard long colourful tapestry depicting Krishna’s early life in Brindavan. Sankaradeva presented the designs to be woven and personally supervised the weaving. It took about a year to complete and, this masterpiece came to be known as the Vrindavani Vastra. This outstanding work is now preserved in the Albert museum of London.

Finally in 1568, after leading a life of a philosopher, litterateur and artist, saint Sankardev passed away.

Sankardev left a lasting mark on the religious and cultural life of Assam. He integrated the different castes and groups of people into one cultural unit through his teachings.  He established monasteries even in the remotest of villages and brought Bhakti to the common people. The concept of one culturally united India was foremost in his mind as signified in his statement mentioned in the beginning of the article. Yet, as is the tragedy of our times, the life and achievements of most of such people of India are largely unknown to today’s Indians.

When all our nationalist leaders and scholars—during the freedom movement and today—claim Assam to be an indivisible part of the Indian nation, they scarcely mention this great nationalist saint.