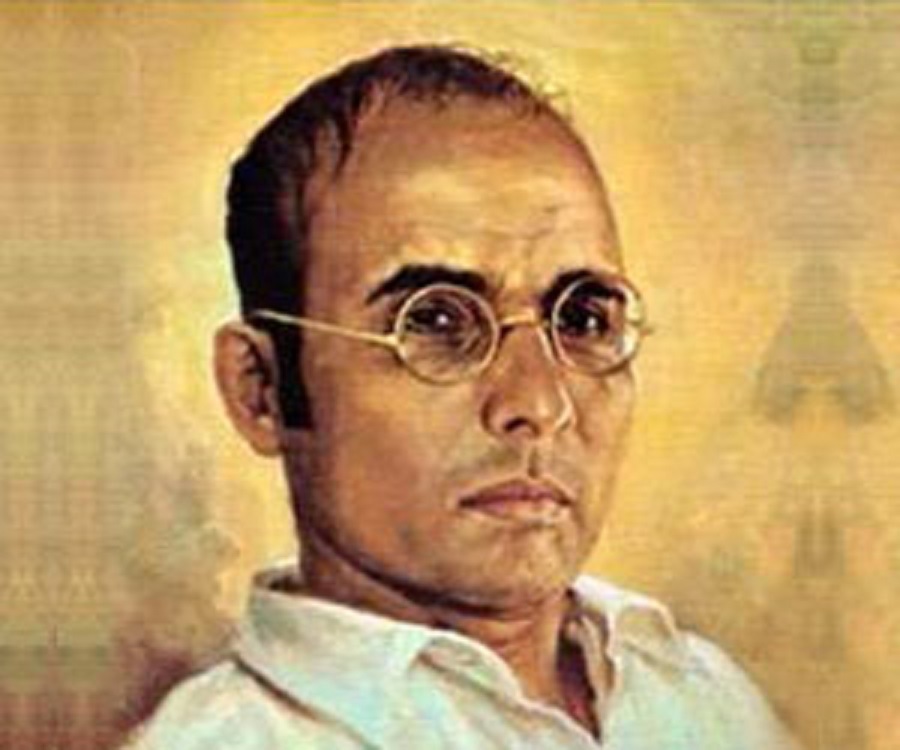 As stated in the previous part, Savarkar went to London with a specific purpose—that of knowing the enemy which was the British Empire. But what were his thoughts before reaching London? In those days, travelling was mostly done via ship. This gave the young rebel time to ponder upon, well, let’s hear it in his own words:

I always maintained that when we need to stay in a foreign country like England for a number of years, we need to adopt the customs, manners and daily routine of the host country, as long  as these do not involve any humiliation on our part. The reason being that we go to foreign countries for specific purpose, which is best served by adapting to changed circumstances. Moreover, we can compare their traditions with those of ours and decide if we need to make any changes for our benefit. Though these were my opinions, my departure to England was so sudden that I could, not only, not get accustomed to eating habits of the English but also did not have time to get sufficient clothes made for my stay in England. In India I had no idea of how to dress like an Englishman (collar, trouser, suit, boot etc). I did not even have any curiosity. In the eyes of my friend on the ship (later called Mr. Etiquette), I was totally unsuitable for independence. Well, in the end I surrendered to him and learned from him how to dress like a European…..[from one of Savarkar’s seminal works, Inside the Enemy Camp which is an English translation of Shatruchya Shibiraat, an autobiographical book dealing with his days in London.]

So much for the latent xenophobia of this Hindu communalist! As part of a conversation with the aforementioned Mr. Etiquette, here is how Savarkar showed that he was no Maculayputra:

Some of our customs are out of date and harmful. I am ahead of all of you in proposing their abandonment. I am far more reformist when it comes to that. However, it is sheer cowardice to abandon certain customs merely because the Europeans laugh at them.

But Savarkar was not just hot-blooded patriot, rather he was an astute realist:

Today, the English are ruling over us. We therefore have to learn their habits in detail. And while doing that, if we make mistakes, we feel so shy and guilty. I also used to feel the same way. But that is wrong. When we were masters in our land and Europeans came to our land for trade, they too had to learn our customs and manners, they too made silly mistakes and our forefathers too laughed at them in those days…..Today, in the streets of London, Indians are teased as blackies. But we must remember that when the English came to Pune in the days of Maratha Peshwas, in the 18th and 19th century they too were called, ‘Red faced’ ..… They must have felt very awkward indeed….they had to sit cross-legged in our courts and must have felt very uncomfortable in sitting that way. No doubt, our forefathers must have laughed at them too. That is natural human reaction…But these English men and women do not laugh at us merely as a matter of fun. They laugh out of arrogance and to despise us. They thereby imply that they are ruling over us, and therefore all their customs and traditions are superior to ours. That lies behind their laughter….

Consider the Irish. They do not even have problem of colour (they are white like English). Why are they not granted the Home Rule in their affairs? Why are the English ruling over them with fixed bayonets? So, my friends, adoption of customs and manners of the English is not the criterion for the political advancement….. Now look at the Japanese. They inflicted a smashing defeat on the Russian Navy in 1904/05. And immediately these flat nosed, short fellows became worthy of friendship of the English. Customs and manners are of secondary or even of tertiary importance…….

With this attitude in mind, Savarkar began his activities upon reaching London. As stated earlier, he inducted similar minded young rebels in his organization the Abhinav Bharat. But it is interesting to know this Mr. Etiquette who Savarkar talks of:

At his own request, while I was in England, I did not entrust him with any political work. So his name did not appear in any news. But the work he did behind the scene was superb and worthy of a dedicated revolutionary. My work extended from publishing revolutionary literature and its distribution to buying of arms. Whatever funds I expected from Mr Etiquette he never said no or disappointed me. If any disturbance was expected at a public meeting he would arrange a group of ten to twenty men to protect me. So clever was the arrangement that anyone hardly noticed these men. He was well-known among Indian merchants and sent regularly to India large consignments of cloth and machinery. But he concealed my revolutionary literature and my books in them and even organised their distribution at ten to fifteen centres in Punjab……

……British rulers were kept in the dark and Mr Etiquette was not disturbed in any way. Throughout my stay in England he drew no attention of the Police in London. When I fell badly ill and moved to Paris for convalescence in 1910 January I heard that he had returned to India. On my return to London I was arrested and sent to India to face trial. There was lot of commotion due to my trial in Bombay and many men were arrested on suspicion of being associated with me, but Mr. Etiquette was not one of them. I did not hear his name even afterwards. May be he remained safe, may be not. Whatever the case, once he took the oath of Abhinav Bharat he never faltered and performed his functions superbly. There were many others like him, who were known only to me. They were too many to mention due to shortage of space and even today I am not in a position to disclose their names.

These words should give the readers an idea about the complex workings of the young members of the Abhinav Bharat, which was not very different from the working of the protagonists of many famed espionage thrillers minus the gadgets.

Language and Discourse: Why the issue is not merely about Sanskrit or English