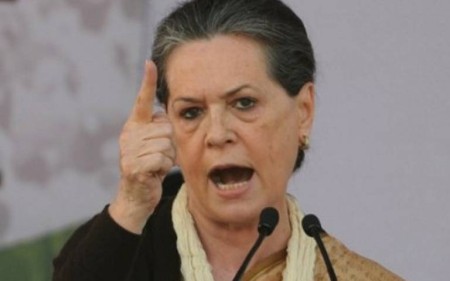 That sundry activists indulge in anti-national activities has been the theme of a large number of articles that I posted on this website. A news story in The Indian Express (June 7, 2014) has confirmed, if any confirmation was needed, my assertions.

It says that “the Intelligence Bureau (IB) has submitted a classified document identifying several foreign-funded non-governmental organizations (NGOs) that are ‘negatively impacting economic development’.” According to the IB document, “A significant number of Indian NGOs (funded by some donors based in the US, the UK, Germany, The Netherlands and Scandinavian countries) have been noticed to be using people centric issues to create an environment which lends itself to stalling development projects.” The IB report was marked to the Prime Minister’s Office (PMO).

The negative impact on GDP growth is assessed to be 2-3 per cent per annum, says the IB report. The areas in which the NGO mischief is concentrated are nuclear power plants, uranium mines and mining of other metals, coal-fired power plants, farm biotechnology, mega industrial projects, and hydroelectric plants. Ostensible reasons for protests and campaigns are familiar: caste discrimination, human rights violations, displacement caused because of big dams and large industrial projects, resistance to genetically-modified organisms and foods, climate change, and anti-nuclear issues. But the ultimate goal was one of all groups of activists: the destroy India economically.

NGOs screaming against something or another is not unusual: professional revolutionaries do little else. But under United Progressive Alliance (UPA) rule, a new kind of toxicity was added to policy and decision making. The NGOs became the central players in setting the agenda, drafting documents, writing in the media, highlighting scholars-turned-activists and lobbying diplomats and government, the IB report said. “These foreign donors lead local NGOs to provide field reports which are used to build a record against India and serve as tools for the strategic foreign policy interests of the Western government.” The inmates took over the asylum.

Such toxicity and perversity was the result of a great feat of Sonia Gandhi’s. Perhaps for the first time in history, Sonia Gandhi succeeded in bringing idealists and crooks together. She presided over a dispensation whose integral parts included the Aruna Roys and the Jean Drezes on the one hand, and A. Raja and Suresh Kalmadi, on the other. She strengthened what I call the politician-intellectual complex (PIC). I wrote two years ago that “intellectuals create a climate of opinion to promote big state measures and torpedo the private sector; politicians oblige intellectuals as such conventional wisdom helps them chalk out a policy regime that is conducive for rent-seeking and other shenanigans.” (http://indiaright.org/detail.php?id=763)

Under Sonia Gandhi, this vicious ecosystem received a big fillip. At the lower levels were activists—many of them genuinely altruistic though ideologically misguided—who would raise a stink against any development project. These issues would be taken up by more articulate, often foreign-educated and well-connected intellectuals in state capitals and Delhi. Their views would find an echo in the recommendations of the Sonia-headed National Advisory Council, the extra-Constitutional body that wielded more power and clout than the Union Cabinet.

As the IB report said, “The strategy serves its purpose when the funded Indian NGOs provide reports, which are used to internationalize and publicize the alleged violations in international fora. All the above is used to build a record against a country or an individual in order to keep the entity under pressure and under a state of under-development.”

It is time Prime Minister Narendra Modi acted on this report. Traitors and trouble makers should be penalized and legislative and executive decisions taken to undo the damage. The Modi government should also ensure that such nefarious activities do not happen in the future, even if the Congress ever comes back to power.