The strength of Sanatana Dharma 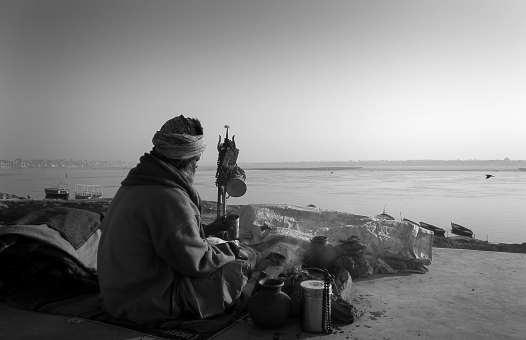 1 August 2014 witnessed the annual celebration of the Naga Panchami (or Nagara Panchami) festival across India and the world.  It is also celebrated as Bhratru Panchami, an occasion where brothers are honoured by their sisters. Depending on where one is in India, Bhratru Panchami is more popularly known as Raksha Bandhan or Rakhi.

All Hindu festivals without exception underscore a key aspect of Santana Dharma: celebration. Of life, nature, the living and the non-living in all myriad hues—black, white, and all the shades of grey. The modalities, the manner, the custom, and the tradition of celebrating any Hindu festival widely differ depending on which part of the Indian geography one is located in but the festival is celebrated with the same fervour and devotion, and the celebrators are fully aware of the significance of the festival.

Perhaps Makara Sankranti is the best illustration of this.

Makara Sankranti is celebrated across India to both herald the beginning of longer days, and to reap the harvest of months of backbreaking work in the fields. But the greater significance of Makara Sankranti like most Hindu festivals, is to highlight another living instance of the cultural unity of India.

In Andhra Pradesh, sugarcane is replaced by the jujube fruit (Regi Pandulu), and sweets and delicacies are prepared and offered to God.

Assamese have on offer at least 10 different varieties of Pitha, a sort of rice cake.

To Gujaratis, Makara Sankrati is the occasion to fly kites, and make Undhiyu and Chikkis.

Maharashtra feasts on tilgul (sweetmeat made from sesame) and Gulpolis, and wish each other peace and prosperity.

Tamil Nadu feasts on varieties of pongal–thai pongal, mattu pongal and kannum pongal—each variety of pongal is a way of offering gratitude to the Sun, cattle, and friends and relatives for giving a good harvest.

And all of these are connected by an invisible, ancient, and subterranean thread that binds them with India. The fingers that spin this thread even today are the same fingers that enabled India to withstand the most barbaric and sustained attacks in the history of mankind. These fingers are as gentle as they are incredibly strong.

Among other things, Hindu festivals provide a clue to this strength.

The greatest strength of Sanatana Dharma is its proven power of adaptability, which has weathered centuries’ worth of tsunamis hitting it from all directions. It is only Sanatana Dharma that has proven in a myriad ways the truth of the dictum that “change is the only constant.”

Sanatana Dharma responds to change in a manner and quickness that is unrivalled by any other religion. This adaptability as history shows us, is multipronged, multifaceted, and dynamic. It took varieties of forms in art, painting, music, epics, literature, religious practices, and social mores. It discarded practices that were no longer suited to the changed times but replaced them with suitable modifications and evolved newer ones. The underlying idea was a resolve that Sanatana Dharma was something worth preserving—and dying for its preservation if necessary.

The earliest, pre-Islamic threat to Sanatana Dharma came from an extremely degenerate “form” of Buddhism. The degeneration of Buddhism occurred when it became aggressively missionary in nature, and received state patronage. When Islam made serious inroads into India, they found hundreds of thousands of Buddhists as sitting ducks waiting to be massacred.

Needless, the next big threat to Santana Dharma came in the form invading Arab Muslims motivated by Islam and greed for looting India’s fabled riches. Islam’s grievous and protracted assault on Hinduism sustained because Hindus failed to realize its true nature.

Islam’s assault on Hinduism continues to this day in various forms–primarily, negation and distortion of history, and secularism as the state ideology that Jawaharlal Nehru thrust upon India.

It took a few centuries, but Sanatana Dharma responded by evolving the Bhakti movement and a widespread retelling our epics. The Bhakti movement arose in the wake of Islam’s homicidal record of destroying Hindu temples and not allowing new ones to be built. Additionally, the Dhimmi status thrust upon Hindus made it almost impossible for Hindus to even give expression to their deepest religious needs. The Bhakti movement stepped in to check the real danger of Sanatana Dharma eroding forever. The Bhakti saints exhorted people to preserve their way of life and worship in whatever form–nothing was taboo. They worshipped our Gods and Goddess in songs composed in simple and/or rustic lyric in the local language. Rama became every Hindu’s neighbour and Krishna was just waiting on the other side of the river. These saints drew parallels, analogies, and illustrations from everyday life, which helped retain Sanatana Dharma as a living and lived tradition.

Thanks to their efforts, the sword of Islam was blunted to a great extent. South India saw a host of poets and writers and saints embark on a retelling of our epics.

In the 19th century, the British takeover of India witnessed the unprovoked attack by Christianity upon Sanatana Dharma. Conversions was an accepted—if not officially endorsed—organ of British imperial policy. It was indeed a renewed attack—as Jadunath Sarkar says, the British takeover of India was an event during which India merely changed masters.

Christianity’s attack was sophisticated but equally brutal. India is still, yet to recover from the damage it has wrought. In the early days, when Christianity failed to persuade Hindus to convert through various devices and sustained efforts, it reclothed its message and equated its Prophetic preaching with whatever parallel it found in Sanatana Dharma. In effect, it claimed that Christanity was no different from Santana Dharma–only the Gods and saints were different.

Initially, significant numbers of “upper caste” Hindus converted. However, the gains were insignificant because almost in no time, the Hindu response was swift. A strong tide of Hindu resurgence led by the likes of Swami Dayananda Saraswathi and Vivekananda pretty much scuttled such conversion attempts. The Church then realized that it could not win converts if it met Sanatana Dharma purely on philosophical grounds. That was when missionaries targeted the poorer sections of Hindu society, a tactic that remains unchanged till date.

However, the greatest damage that British rule did to India was to carve out what is now infamously known as the Macaulayite class of Indians. Needless, majority of this Macaulayite class are upper caste Hindus. Today’s Marxists are the descendants of the worst of this Macaulayite class. To their credit, creating this class was perhaps the greatest accomplishment of the British, something that the 800-year long brutal Islamic rule couldn’t accomplish by force: pitting Hindus against each other by making them ashamed about their own identity.

To meet this challenge, Sanatana Dharma responded at multiple levels. The likes of Swami Vivekananda reawakened Hindus to their own past glory, which was followed by a whole galaxy of scholars who began investigating different aspects of their past and publicizing their findings to the world, as also freedom fighters who found inspiration in Sanatana Dharma‘s epics, scriptures, saints, and warriors.

Post-Independence, the Nehruvian regime continued this project of destroying Sanatana Dharma that the British abandoned when they left India. Till the late ’80s, this Nehruvian discourse ensured that Hindus were continually put on the defensive. However, as a parallel development, an unpopular section of academics, thinkers, writers, and scholars worked silently and did two things, primarily: they produced well-researched volumes in the defence of Sanatana Dharma and exposed imperialistic ideologies like Islam, Christianity, and Communism. Equally, various organizations defended and championed Hindu causes in the political and social spheres. This paved way for yet another resurgence of Sanatana Dharma in the ’90s. Obscure but valuable Hindu traditions, texts, and knowledge bodies were revived, and focussed research began in areas like Ayurveda, astronomy, metallurgy, education, architecture, etc.

Most importantly, the 90’s resurgence of Sanatana Dharma, which continues as we speak, has given tremendous international exposure and support for Hindu causes to the extent that India is now in a truly post-Nehruvian era.

Yet, the roots of mental colonization of Hindus are deep and widespread, and will take a few more decades to completely cut them.

Sanatana Dharma today, more than at any other time in history, is being relentlessly assaulted from almost all quarters: the global threat of Jihad, the Church, Marxists, media, politicians, academics, and NGOs. What is worse is the fact that most of these attacks originate from Hindus themselves. In the words of the eminent demographer, Dr. J.K. Bajaj, the physical space of Hindus has been shrinking continually under their noses. Hindus have mostly lost large parts of the North East to Christianity and continue to witness the results of a massive, ongoing conversion drive often with the active support of the Government—Andhra Pradesh is the most glaring example of this fact. Islam continues to gain ground through the power of sheer numbers. Repeated attacks on Hindus, their way of life, places of worship, and institutions are denied, justified, obfuscated, or brazened out.

Hindu response to these acts meets the same fate, and neither is the response significant. The best minds that can mount an effective counter to such a multi-pronged assault have been lost to lucrative careers in worldly life.

We only need to wait and watch how the innate strength, flexibility and adaptability of Sanatana Dharma is capable of reasserting itself in our own time, and showing the world the value it offers for eternity.