Hindu Temples have a Role in Stifling Societal Change: Newslaundry 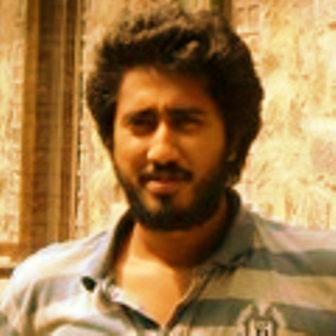 Assertion: In an article that examines Narendra Modi and Jairam Ramesh’s temples and toilets statements, Ranjan Crasta at Newslaundry makes the following assertion:

…temples have long played a role in stifling societal change as evidenced by the aversion of a temple in Orissa to Dalits until 2006, as well as numerous cases of women not being allowed to enter certain temples due to their committing the cardinal sin of hitting puberty. Also, since temples do not pay taxes, they play little to no part in contributing to the country’s economic growth.

Crasta’s strong statement of Hindu temples stifling societal change is borne out by absolutely no evidence apart from stating that an Orissa temple did not allow Dalits, and two, women not being allowed into certain temples because of “ommitting the cardinal sin of hitting puberty.”

This is certainly not evidence enough to make what is a very strong statement about the institution of Hindu temples which have been in existence for more than a thousand years. Neither is anybody condoning the discriminatory act of some temples not allowing entry to Dalits. However, that in itself is not evidence for the fact that Hindu temples stifled societal change.

Perhaps Crasta is ignorant of the law that punishes any discrimination against Hindus of any caste from entering temples. Indeed, this punishment has already been meted out to several people since that law came into force. Additionally, one wonders why Ranjan Crasta ignored the fact that today there exist hundreds if not thousands of Dalits and other backward caste priests, fully qualified to perform pujas and other rituals in temples. Indeed, the same Narendra Modi whose name Crasta invokes, mooted a proposal in February 2013 to impart training in priesthood to Dalits “to become priests, and perform marriages and ‘puja’ in temples.”

Indeed, Crasta’s other point that some temples disallow women (because they menstruate) also reflects the same level of ignorance. Hinduism has hundreds of sects, sub-sects, customs and traditions that have evolved over centuries. There’s no one size-fits-all custom or rule. Famous temples like the Ayyapa temple at Sabarimala have evolved their own set of local customs and rules, and all Hindu Dharmashastras are united in their assertion that local customs and laws always take precedence. This is not unlike how the County laws take the first precedence in the US. And a Hindu temple is not a secular institution. It is meant for a specific purpose and fulfills a certain need. More importantly, none of these temples force anybody to visit them. And if the devotees do visit them, it is their duty to abide by the customs and rules of that temple. Additionally, there are also temples which forbid men from entering them, there is a temple in Rajasthan where female devotees have the first right to worship Krishna….one can cite numerous such references. Indeed, if anybody has the right to object to these customs and traditions, it is the followers of those customs and traditions, and not a non-adherent like Ranjan Crasta.

Equally, Crasta’s other assertion that because temples don’t pay tax, they “play little or no they play little to no part in contributing to the country’s economic growth,” is also ignorant and false. Since antiquity, temples have indeed been the harbingers, and agents of not just societal change but have given birth to and nurtured entire economic systems apart from contributing to excellence in art, culture and other refined aspects of a civilization. Even today, the existence of what are known as temple towns–throughout the country–is itself proof of the falsity of Ranjan Crasta’s claim. A more elaborate exposition of the function, role, and contribution of Hindu temples can be found here, something that also shows why Crasta’s statement is ill-informed.

This apart, it is not just temples that are exempt from tax, but mosques and churches too. The law governing religious places grants exemption to what it defines as “deities.” One wonders why Crasta has left these out. Even further, Crasta also conceals the fact that this tax exemption is granted only to temples which are governed by private trusts, and the revenue of Hindu temples under Government control accrue entirely to the State’s coffers. However, this does not apply to religious places owned by minority communities. Intellectual honesty requires Ranjan Crasta to write the complete truth.

It is quite clear from the above that Ranjan Crasta has made a sweeping statement about Hindu temples, a statement that is ignorant, partial, and borders on slander. It is surprising why Crasta couldn’t find a single positive fact to state about Hindu temples. Worse, he uses one aberration–denial of temple entry to Dalits–to cast aspersions against a hoary institution of Hindus, which continues to do a great amount of good to the society and country.

It is therefore quite clear that Ranjan Crasta’s assertions, rooted in ignorance and based on selective interpretation of facts, is unequivocally, entirely, and absolutely False.