Terror in the name of God? 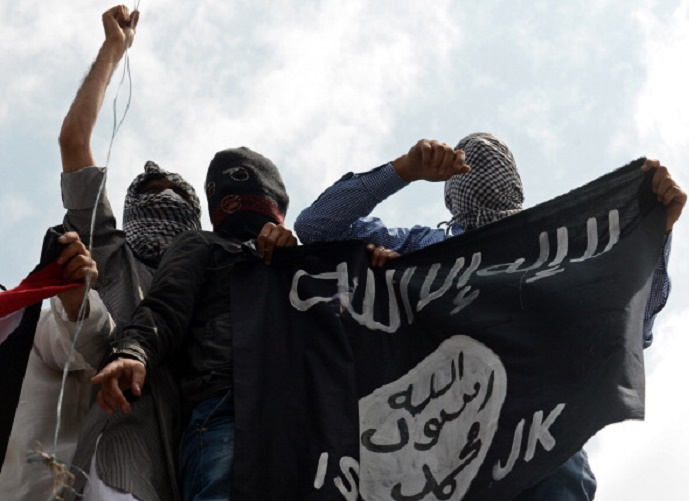 There is no doubt that we have a problem in today’s world. It’s a big problem. The strange thing is that apparently we don’t want to solve it, because we close our eyes to the problem and to its root cause. This closing of our eyes is officially endorsed by almost all governments in the world and is seen as politically correct. Naturally, there is no chance to improve things and it’s likely to get much worse.

The problem is a faulty, black and white mind-set of a huge chunk of the world population, and the root cause is what these people were taught to believe as the truth. The founders and subsequent authorities of those belief systems claimed that the Highest himself has revealed it. This was an ingenious way to prevent any criticism of the whole belief system, including those aspects of it, which were against common sense.

I have earlier written on how Christianity was the first to cleverly claim that God himself has given the full truth only to the Church and everyone must believe it at the cost of their lives.  Islam followed with a similar claim. Terrorism in the name of God started right then by forcing “those who are wrong” into the “right” faith, or killing them if they opposed. Millions of people were killed — from the Americas to India and beyond. In history lessons, Christianity and Islam can be included  with communism, fascism, and Nazism as the lead cause in  human death and destruction.

In primary school, I learnt that Islam expanded through “fire and sword”. I remember this because ‘Feuer und Schwert’ was a meaningless phrase to me as a child. Only later, it dawned that it involved tremendous cruelty. This cruelty was not restricted to Islam. The Christian ‘expansion’ and the Inquisition was equally brutal.

In the 1970s, when I was in studying at the university, we debated why religion has caused so much bloodshed. The debate was only on ‘why’, not on ‘whether’.

In 2000, a change in this approach became apparent. When  Pope John Paul II finally acknowledged the cruelty of the Inquisition, and publicly asked forgiveness from God, he did not blame the Church, but ‘sons and daughters of the Church’ who committed ‘mistakes’. He tried to absolve the religion and laid the blame on ‘misguided’ followers.

This same pattern is followed today regarding Islam. When Jihadis attack innocent citizens shouting ‘Allah Hu Akbar’, politicians and media are quick to declare that those terror acts have nothing to do with Islam, but are the handiwork of some  misguided or deranged individuals.

The reaction  meanwhile is very predictable.

The standard version is this: the attack is shocking, repulsive, a cowardly act,  we stand united, won’t allow another attack, won’t be intimidated, but continue with our lives, and we won’t let them win, etc.

Then, Muslim representatives come on air, stressing that they also condemn the attack. They assert that it is the act of a disturbed person, has nothing to do with Islam, that there are 1.5 billion peaceful Muslims, and they are  proof of the peaceful nature of their religion, etc.

We have gone through these motions far too often and there is something false about it. The pain of those affected is real. Others may be grateful that it had not hit them — at least not this time. Yet, those who are supposed to protect us are not honest.

True, the attacks are shocking and revulsive, but they are not cowardly acts. The Jihadi kills, because he is convinced that it is his duty to kill Kafirs – and he is even ready to die in doing what he feels is right. This shows courage. All those terrorists are young. It is not normal, nor easy to risk one’s life by killing others, unless he is absolutely convinced that the benefit is greater than the cost.

And what does he expect as a benefit?

Probably, he was taught already as a kid or has read it later on the internet that killing Kafirs pleases Allah. By doing so, he can make his life truly worthwhile, and he will be richly rewarded with a better status in paradise than those who did not kill Kafirs.

Now, this is where  we Kafirs are cowards: we don’t dare to point to passages in the Quran, which support the Jihadi’s belief of life in paradise for killing Kafirs.  For example, Q 4.95-96 – are translated thus:

Imagine a pious, young, hot-headed Muslim reading this: would he not be inspired to make his life worthwhile? Even more so, if he has fantasies of becoming a hero with a gun  he probably considers dying as the price for  greater glory. As Sultan Shahin pointed out, children in madrasas sing songs with the refrain “zindagi shuru hoti hai qubr mein” (life starts in the grave).

Curiously, old, sick Muslims don’t seem to be interested in the “higher status in paradise”, when it would make much more sense for them. Does it mean that they are more mature and know that the Quran must not be taken literally?

Curiously, old, sick Muslims don’t seem to be interested in the “higher status in paradise”, when it would make much more sense for them. Does it mean, they are more mature and know that the Quran must not be taken literally?

Is it not their duty and ours to save not only the potential victims of the future terror attacks, but also the lives of young Muslims who are ready to throw away their lives for a promise which may not be kept? After all, Christianity claims that only those who are baptized can enter heaven.

We need to ask these serious  questions if we are serious about understanding and then stopping the mayhem in the name of religion.

Yes, it is difficult to believe that terror attacks have anything to do with religion. Religion is understood to be something good. It connects us with the Highest and is meant to make us better human beings. We want to believe that the cause for terror attacks is something else. ‘All religions worship the same one God. No religion can possibly condone killing others’, those of us, who have not been brainwashed into a dogmatic religion, will naturally maintain. But is it true?

We need to find out. If we don’t dare to do this, we are cowards.

Let’s imagine we come to the conclusion that indeed there are passages in the Islamic texts that condone terror against infidels. What will be the next step?

We need to apply  common sense, and reason and debate on the meaning of life and the nature of  truth claims. India must take the lead in this because the Christian West is handicapped. Both Islam and Christianity divide humanity into ‘us versus the rest’, which is harmful for society. Instead, another dividing line must be drawn, which Prime Minister Narendra Modi mentioned  in one of his talks: it is between humanity and inhumanity.

Terror and hatred for other human beings is inhumanity. How do we know? Because we all have a conscience, and careful enquiry will  tell us what is right and what is wrong. This conscience must be the holy book for us. Careful enquiry  is the voice of the Divine which guides us through life. If only we listened to it, we would realize that the whole of humanity is one family. The life in all of us comes from the same, most powerful yet invisible, source.

Anyone who demands that we ignore our conscience and instead believe what he or someone  tells us has an agenda. He wants sheep which don’t think for themselves and which he can use for his own purpose. Suicide bombers are not cowards, but they are not smart. They got the purpose of life wrong.