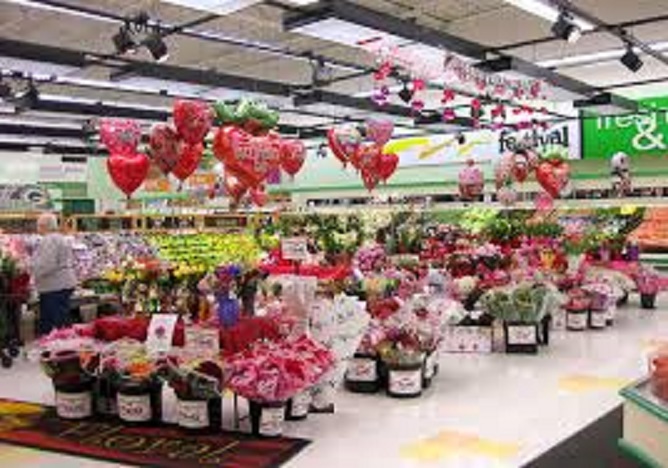 If ever one needs proof for the existence of the ability to make money by fooling gullible people, one only needs to look at the behavior of those who observe Valentine’s day. Leaving aside the fact that the person after whom the day is named was an aggressive proselytizer and a Catholic bishop who used deception and force to such a great extent in order to convert people to Christianity that it resulted in otherwise peaceful people who could no longer take his barbarism to beat him to death, the behavior of those who celebrate Valentine’s day is the triumph of the capitalist class which has succeeded in manipulating the minds of its victims and has made them part with money in exchange for junk.

In a 1907 copy of the American Florist, one enterprising businessman wrote, “In previous years, I had given that day no special preparation; few of my customers ever thought of sending flowers for a valentine, and but a little extra demand for flowers was occasioned.”

This businessman had experimented on 5,000 victims and in his own words, “It is certainly a winner.” He then goes on to say that he would target 25,000 and brag that he had the ability to control minds to such an extent that he could even replicate similar behavior for St. Patrick’s day.

It is little wonder then that he began his report by gloating over his success and praising himself by saying, “One of the brightest ideas that ever occurred to me, measured by the results…”

The Weekly Florists’ Review advised florists in 1910, “Advertise If You want Business” and described how an advertisement in 1909 “aided materially in increasing business for that day.”

In 1917, Walden’s Stationer and Printer, a semi-monthly magazine devoted to the interests of the stationers and printers of America, published an article which pointed out that greeting card manufacturers did not obtain as much profit from selling greeting cards on Valentine’s day as they did on Christmas and there was a need to “build up a trade” that would “create a greater source of profit for both the manufacturer and the retailer.”

How was this to be done? The article goes on to say that the steps necessary were to “educate [brainwash] the public on the greater use of cards” and to “educate the retailers to handle a larger assortment of cards, a greater activity in pushing sales and a knowledge of the profits possible.”

According to the American Florist published in 1918, “The St. Valentine’s day and Mothers’ day advertising campaign, so successfully carried out in 1917 by the Chicago Florists’ Club, will again be undertaken this year upon a national scale…” Thus Valentine’s day is not the only day on which they exploit weak minded people into buying cards.

“LET’S ALL GET BEHIND St. Valentine’s Day This Year and Make it the BIGGEST DAY in the History of Our Business” screams a headline in the American Florist published in 1920. This article goes on to detail some methods to trick the people who are foolish enough to fall for their tactics. Some of these methods prove that those who follow Valentine’s day are immature and childish as they are enamored by stickers. “PUT STICKERS on every Package” is one of the methods that is listed.

The Florists’ Review was explicit about this fact in 1913 and expressed disdain for its victims when it stated, “The public is ripe for it. Ready at hand, only waiting to be turned to use… Children may exchange the crimped paper contraptions… but for full-grown men and women these things are impossible.” Clearly the target of the efforts of businessmen were people whose intelligence level were at the level of children.

The article goes on to state, “We all know how quickly and easily Mothers’ day was pushed into profitable prominence by the florists. It will be even easier with Valentine’s day…”

The American Stationer and Office Outfitter from 1922 provides yet another example of how the behavior of weak minded people was controlled by those who planted the idea of exchanging greeting cards on Valentine’s day. A headline from the publication cannot be more direct in stating the intentions when it says, “Valentine’s Day can be Made a Bigger Profit Feature.”

The people who fall for the cheap tricks of the business class have also been swayed by dumb superstitions. The English Illustrated Magazine lists many of them and just one of them illustrates the foolish nature of the followers of Valentine’s day. One such superstition that the followers of this day believe in is that birds choose their mates on this day and the air is therefore filled with love-germs.

I asked an executive of a greeting card firm with plans to expand into India about this history and his contempt for the followers of Valentine’s day was outdone only by his contempt for the journalists in India. According to him, the former class were dumb but Indian journalists were not merely dumb but suffered from some sort of strange inferiority complex and imitated the white people in the West.

The reason maybe because they had never succeeded in their lives and resented the success of others in India. He pointed out that these journalists never imitated the blacks of the West and that the greeting card sellers merely need to generate a controversy to exploit this mindset of the journalists and get them to write in favor of the capitalist class that sells greeting cards.

Not only do the journalists write in favor of all the foolish expenses of this day, they themselves purchase expensive junk every year. Clearly, the observers of Valentine’s day prove that a fool and his money are soon parted.