The Indo-European languages and the relevance of Sanskrit 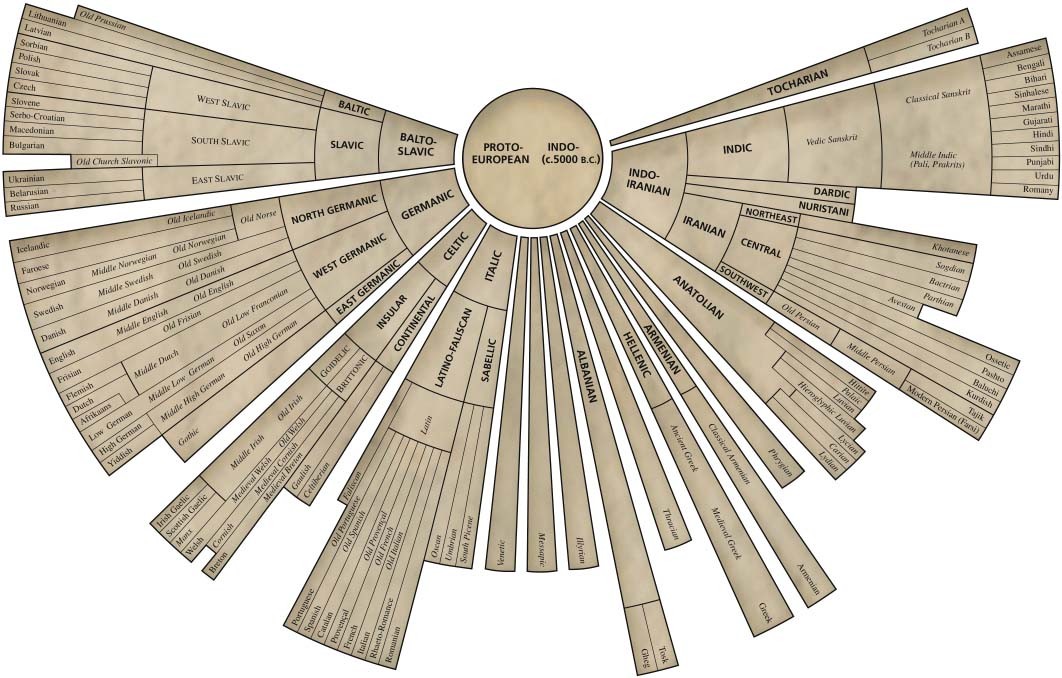 Sanskrit along with major European and Iranian languages belongs to a language family known as Indo-European. They all shared a common ancestor thousands of years ago.

This reconstructed language is known as Proto-Indo-European language (PIE) was spoken in original Indo-European homeland many thousand years ago.

Having said that PIE language is reconstructed in modern times, how accurate is the reconstruction? J. P. Mallory and D. R. Adams who are two of the greatest Indo-Europeanists have to say this [1]:

“How real are our reconstructions? This question has divided linguists on philosophical grounds. There are those who argue that we are not really engaged in ‘reconstructing’ a past language but rather creating abstract formulas that describe the systematic relationship between sounds in the daughter languages. Others argue that our reconstructions are vague approximations of the proto-language; they can never be exact because the proto-language itself should have had different dialects (yet we reconstruct only single proto-forms) and our reconstructions are not set to any specific time. Finally, there are those who have expressed some statistical confidence in the method of reconstruction. Robert Hall, for example, claimed that when examining a test control case, reconstructing proto-Romance from the Romance languages (and obviously knowing beforehand what its ancestor, Latin, looked like), he could reconstruct the phonology at 95 per cent confidence, and the grammar at 80 per cent. Obviously, with the much greater time depth of Proto-Indo-European, we might well wonder how much our confidence is likely to decrease. Most historical linguists today would probably argue that reconstruction results in approximations. “

Undoubtedly there once existed a common ancestral language linking all major Indo-European branches during ancient times, but we cannot be sure about the quality of current reconstructions. The reconstructions are only approximates since there are no historical records of PIE to verify the reconstructions.

More issues with the reconstructions

Also, apart from the major Indo-European branches mentioned above, we have very less information about other branches like Illyrian, Thracian, Dacian, Messapian, Paeonian etc. as they are poorly attested. So if we manage to somehow gain more information regarding these languages, it would contribute a lot to the reconstruction. Also we must watch out for more unique extinct languages. The discovery of Anatolian and Tocharian branches in 20th century changed the entire understanding of Indo-European languages. The extinct Tocharian language which was spoken in the Tarim basin of Central Asia is classified as belonging to centum isogloss, formerly said to be restricted to some of the European branches of Indo-European as opposed to satem isogloss of Asian branches like Indo-Iranian. Most authors are still puzzled about how a centum language ended up in a region which is predominantly surrounded by satem languages.

Also there is the Bangani Indo-Aryan (i.e. Indic branch) language spoken in northern India, which some authors have stated to be at least partially exhibiting centum features compared to rest of the satem Indo-Aryan languages and there is no satisfactory explanation for the origins of the unique centum features of this Indo-Aryan language. So we cannot rule out existence of more unique and extinct languages like these, which may have been wiped off from history without a trace. We also have Nuristani language which most of the authors now consider as different branch of the Indo-Iranian from both Iranian and Indo-Aryan due to its unique features, but yet we mostly have reconstructed Indo-Iranian solely based on early Avestan and Vedic. We have no much clue about the early history of the Nuristani.

Another thing is that Indo-European branches like Balto-Slavic, Armenian, Tocharian, Albanian etc are only attested since the start of Common Era down to the medieval era, while the mainstream kurgan theory of Indo-European expansion requires their ancestral languages to split off from PIE during early Bronze Age itself. Tocharian is mainly attested from 6th century CE onwards, but supposed loanwords are found in Parkrit texts from 3rd century CE, and yet the kurgan theory states that proto-Tocharian split from PIE almost 5000 years ago from its attested date with the Afanasevo culture in Altai region which was more or less contemporary with the Yamnaya culture of Pontic steppes which is identified as PIE culture as per kurgan theory. Some authors associates the Yuezhi tribe of early historical period from around 500 BCE with the early Tocharian speakers but this would still maintain a gap of 3000 years from the split. Few authors also associate the Bronze Age mummies of Tarim basin with the Tocharian speakers, but the evidence is scanty.

On the other hand the Armenian branch is attested from 5th century CE and earlier the Persian sources from 5th century BCE also mentions the Armenians, but we have no whereabouts on how Armenian sounded like back then and it would still require proto Armenian to split off from PIE Yamnaya culture which existed around 3000 years before. On the other hand European Indo-European branches like Germanic is properly attested from early centuries CE, Balto-Slavic branch is attested with the earliest attestation of Slavic from 8th-9th century CE and Baltic from 13th century CE, and Albanian as late as 14th century CE. The Indo-European expansion into Europe is said to have started with the expansion of Corded ware culture from around 3000 BCE. So there is more than 3000 years of gap between the historical attestation of these late Indo-European branches and supposed early Bronze Age expansions of Indo-Europeans. Obviously we can only speculate about the situation of the ancestral proto versions of these late branches. There is no good reason to assume that the ancestral proto language of these late branches remained in a single unified static from the time of their Bronze Age split from PIE to the time of historical attention of these branches. Many diverse and unattested changes would have happened to them within these 3000 years, like how the Germanic branch from around 2000 years ago evolved into modern Germanic languages like Swedish, German, English, Norwegian etc or like how Slavic branch attested more than 1000 years ago evolved into modern ones like Russian, Polish, Bulgarian etc. Obviously these changes would also further affect the reconstruction of original PIE.

Also it is worth noting that only 1% of PIE cognates are attested in all Indo-European language branches, with more than 50% of the reconstructed vocabulary based on just 4-5 language branches [2]:

Of course, among these 4-5 branches, Sanskrit plays a crucial role in understanding the ancestral language. Sanskrit is one of the earliest attested Indo-European language along with Mycenaean Greek and Anatolian (Hittite), also possessing the largest ancient literature in any language of the world.

Even early philologists like William Jones from 18th century had to say this about Sanskrit [3]:

“The Sanskrit language, whatever be its antiquity, is of a wonderful structure; more perfect than the Greek, more copious than the Latin, and more exquisitely refined than either, yet bearing to both of them a stronger affinity, both in the roots of verbs and the forms of grammar, than could possibly have been produced by accident; so strong indeed, that no philologer could examine them all three, without believing them to have sprung from some common source, which, perhaps, no longer exists…”

” It is more difficult to prove that the Hindu was the last to leave this common home, that he saw his brothers all depart towards the setting sun, and that then, turning towards the south and the east, he started alone in search of a new world. But as in his language and in his grammar he has preserved something of what seems peculiar to each of the northern dialects singly, as he agrees with the Greek and the German where the Greek and the German seem to differ from all the rest, and as no other language has carried off so large a share of the common Aryan heirloom — whether roots, grammar, words, myths, or legends—it is natural to suppose that, though perhaps the eldest brother, the Hindu was the last to leave the central home of the Aryan family. “

“Some 4% of the words in the Rgvedic hymns that are composed in an archaic, poetic, hieratic form of Vedic, clearly are of non-IE, non-Indo-Aryan origin. In other words, they stem from pre-IA substrate(s)”

Mallory and Adams also acknowledge that the Old Indic i.e. Vedic Sanskrit preserves a lot of features of even the reconstructed PIE [6]:

“Only Old Indic attests a system that is less changed from what is usually reconstructed for Proto-Indo-European.”

So wherever the Indo-European homeland was, it is all likely that the common ancestor of Iranian and European languages, that is the PIE language, was more similar to Vedic Sanskrit than to any other Indo-European branch and Sanskrit preserves a lot of features from ancestral language.