The Intellectual Road Rage About the Renaming of Aurangzeb Road 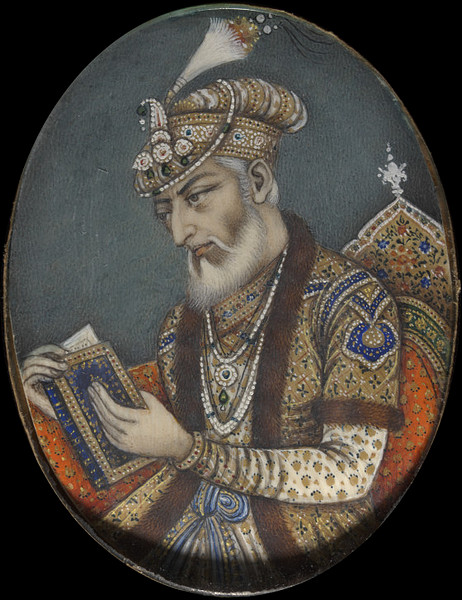 In some countries it’s a crime to deny the Holocaust. Holocaust denial is illegal in Austria, Belgium, Czech Republic, France, Germany, Hungary, Israel, Luxembourg, Poland and Romania (referenced from a Quora discussion thread) as all these countries were deeply affected by the scourge.

Due to whatever reasons, the holocaust and genocide that took place in India has been so far ignored by the historians, politicians, theologians, philosophers and intellectuals. Not just ignored, they have systematically been swept under the carpet. The historical facts have been twisted, destroyed and rewritten to suit a particular class of politics. Whether this happened during British rule or after that, is not the point, the point is that millions of people died over a period of 800 odd years after the Islamic invasion of India and this is a historic reality. In fact, the Hindu Kush is named so because millions of Hindus died  when they were captured as slaves and herded  across the mountain range.

I’m not trying to rake up old wounds, I’m just trying to present to you the context. If you really want to know what was happening on the streets of Delhi in  particular and all over India in general, you just need to visit one of the Sikh  museums (you can begin with Bangla Sahib) to see the paintings depicting the inhuman atrocities that took place during those dark ages. The graphic representations of kids and adults being ripped apart alive will give you the goosebumps.

You can say that those were the times like that and everywhere, even in Europe, people were being treated like as if  they were living in hell but if you want to attribute everything to “ those times”  then you can also attribute the Nazi Holocaust to “those times” because after all there was widespread hatred for the Jews  during “those times”  and you can also overlook the caste system in India especially among the Hindus because  this sort of stuff was a normal thing to happen during “those times” (although it is debatable whether such things were actually normal during “those times”).   Reservations and  all the affirmative action schemes should be revoked because why should the current generation pay for the sins of the previous generations? No, we all want to undo the injustice that happened in the past. If not undo, at least the present and future generations must know what their ancestors had to go through just to learn a lesson for the future.

Yes, you may argue that even the indigenous majority population must have come from somewhere else. If you use this logic, almost every indigenous population has come from Africa where the first humans started walking straight and began their respective journeys towards different continents. Or let’s start with amoeba then, and if that is too small, let’s start with the first vertebrates that left the ocean and decided to live on land.

Muslims have become a part of our inherent culture and there is no doubting that. But those invaders were invaders. They were not inherently Indian. Most of the Muslims in the Indian subcontinent were forcibly converted to Islam. Islam was neither an indigenous cultural phenomena nor a religious manifestation. It wasn’t brought to India by sages and Sufi saints, like Buddhism and Jainism that were taken to the Oriental countries by monks and peripatetic storytellers. The conquerors imposed the religion upon the local population and this is something that nobody can deny.

The great, great, great, great and so-on kids of the conquerors as well as the converted are now Indians, but back then, they were the outsiders and in fact most of the Indians called them “yavans” – a term that had existed since the times of the Greek invasion under Alexander. Aurangzeb always considered the non-Muslim population of the country as the vanquished. New temples were not allowed to be built, the old temples were not allowed to be repaired or revamped and many temples were razed in order to build mosques upon them – again, it doesn’t matter whether razing temples and building mosques over them were political decisions, religious decisions or metaphysical decisions just to please the Martians, the point is, the spirit of one community was constantly crushed to establish the superiority of another community just because the ruling class could get away with anything in the name of religion and power.

Undoubtedly it would be criminal to suggest that the atrocities of the past must be avenged.  But  in the name of religious harmony and  minority appeasement, is it necessary to rub salt on the wounds of the majority population just because the majority population happens to be the most tolerant religion in the world? This was exactly the intention of the people who suggested to name one of the premium roads in Delhi as Aurangzeb Road. Who would do such a thing in his or her right mind unless there was a sinister motivation?

As many have rightly pointed out, naming a road in the heart of the capital of India as Aurangzeb Road is same as naming a road as Hitler Road in Tel Aviv or having an Osama bin Laden Road in the heart of Manhattan. Even if you have a little idea of history, you will realise that Aurangzeb is easily the poster boy of the-most-diabolic-rulers club. It is of little importance how “efficient” a ruler he was and how young he was when he was defeating his enemies or how he executed his relatives in order to ascend the throne of Delhi because the history is replete with such lineages.

Even Vlad Dracula would make his enemies piss in their pants (or whatever they wore those days) because he would impale the defeated armies and the legend has it that he also drank their blood, but it doesn’t make him a venerable figure. No matter what a strategist Aurangzeb was and how brave he was and what scholarly pursuits he followed when he was not decapitating people. What’s important is, how people belonging to non-Muslim religions were treated during his reign. And they were treated badly. These people didn’t belong to some other country, to some distant land. The people who were tortured, broken and killed belonged to this very land and the future generations owe at least some understanding of the pain they must have gone through under emperors like Aurangzeb. If it were not for those people, the entire Indian subcontinent would by now have turned into an Islamic land. No matter how liberal you are, you know what it is to live in an Islamic country.

How does the name of a road matter?

Why do roads, streets, parks and even cities get named after individuals? We want to commemorate the contributions they have made to the country, to the society and to the overall well-being of the humankind. It is not to say that all the commemorations are justified. For example, you will find streets, roads, colleges, bridges, airports, and whatnot named after the Nehru-Gandhi family almost everywhere and most of these commemorations are nothing but political appeasement. Changing these names will, although, be a step in the right direction, set an unhealthy precedence, especially in our country where political fortunes are quite unpredictable and you never know which party is going to come to power after the next general elections. But undoing the mistakes of naming known streets and cities after established dictators and sadistic kings is definitely a step in the right direction.

In terms of human psychology, a name is never just a name, same as, a thought is not just any other thought. Whenever you pass through a street or a road, especially in your own country,  named after a known dictator who may have tortured, humiliated and butchered your ancestors, it kills a small part of you, whether you realise it or not.

It transmits a nagging message to you that the torturing and butchering of your ancestors matter to no one and hence, you don’t matter much in the scheme of things. Your ancestors were second-class citizens physically, and you are a second-class citizen politically, emotionally, culturally and intellectually. So yes, the renaming of such a road matters.

Quite predictably there has been a spate of articles, opinion pieces, hyper-debates and editorials on the sense and nonsense behind the renaming of the road. Our adarsh-liberals, being true to their vocation, came up with all sorts of reasons to rubbish the logic behind changing the name of the road. Some say it is a right-wing attack on the very idea of India (that is in reality steeped in cluelessness and Marxist propaganda).

Some say it is just a small glimpse of the onslaught being organised against the already marginalised minority community. Some have taunted the government to also demolish structures like the Red Fort and Taj Mahal since they were built by Muslim rulers. Some have suggested that cricket should be banned in India because it was brought to the country by the British. All the regular balderdash.

The Shish Ganj Gurudwara in Delhi where Guru Tegh Bahadur was beheaded by Aurangzeb.

Fortunately we live in a free country. Unlike some countries where you can be flogged for uttering ideas and opinions that go against the government or the popular opinion, our left-libs, politicians, writers and journalists can get away with every fit of intellectual insanity without as much as even a rap on their knuckles. Really, this is a good thing and we should be proud of that.

A better justice would have been the naming of the road as Guru Tegh Bahadur Road, the 9th Sikh guru who was tortured and beheaded by the order of Aurangzeb because he wouldn’t leave his faith and convert to Islam.

Alexander vs Porus: Beyond the fog of war