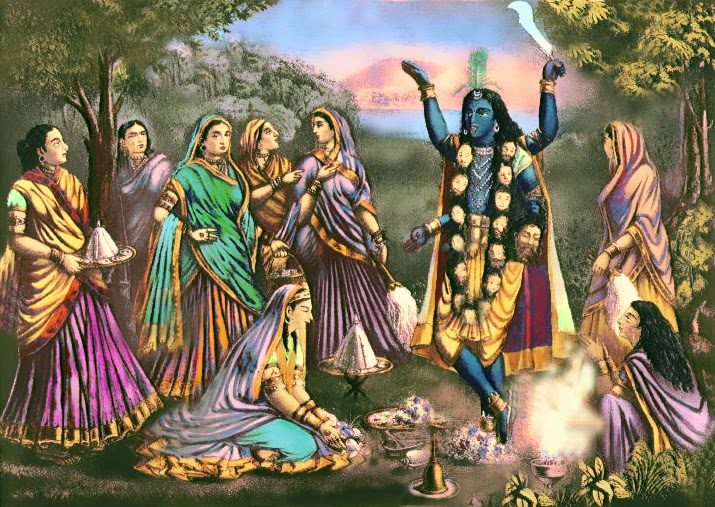 Individuals may have different reasons to advocate for social justice. While many are inspired by noble ideals and genuine problems, some are driven chiefly by self-aggrandizement, and give themselves away by embellishing injustices to the point of fabrication.

If the power dynamic behind an alleged injustice can be ascribed to an immigrant culture with a poorly understood indigenous faith, a publicity-seeking activist can reap special rewards from targeting that culture—such as the cachet of explaining the exotic to a mainstream audience while pandering to its ingrained sense of superiority over outsiders. Any rebuttals from people within that culture, meanwhile, can be gaslighted away as mere evidence of their “fragility”; professing innocence only serves to further establish their guilt.

With her piece “The Casteism I See in America” (The Atlantic, November 6, 2021), author Vidya Krishnan embarks on precisely this sort of exercise. She describes two lawsuits that she claims offer a “clearer picture” of Indian Americans”—one alleging “caste” discrimination by California-based Cisco Systems, and the other a labor-related dispute involving a Hindu temple in New Jersey.

Notably, neither of these lawsuits has been decided to date. Indeed, the lawsuit filed against Cisco Systems by the California Department of Fair Employment and Housing was initially dismissed from federal court. Presumably, this was because existing legal categories under the Civil Rights Act, such as ancestry, already protect persons claiming discrimination based on their birth family’s social status. To entertain a separate category for ‘caste-based discrimination’ would not only be redundant but severely problematic; it would stigmatize Hindu Americans by singling them out, baselessly, as special purveyors of discrimination. Equally pertinent, there is no legally accepted definition of ‘caste’ anywhere in the world.

In her account of these lawsuits, the author elides inconvenient facts by deploying scare quotes to enforce the presumption of guilt upon the accused (and, by association, their entire community). As with the news media’s bloodthirsty and irresponsible coverage of the Central Park Five, she treats unproven allegations by the plaintiffs as definitive “evidence” of wrongdoing while relying on society’s latent prejudices and self-righteousness to skew readers’ objectivity in her favor. In so doing, she lays out a bizarre, unfounded case that caste discrimination is ubiquitous among Indian-origin residents of the United States.

As proof, the author points to exactly one source of supposedly scholarly evidence: a study by an organization with a track record of virulent Hinduphobia. Specifically, she cites a 2016 survey conducted by Equality Labs—one whose methodology and conclusions have been challenged and debunked several times over.

Among other places, the survey’s flaws were highlighted in a 2020 study by the Carnegie Endowment for International Peace, which states: “[The Equality Labs] study relied on a nonrepresentative snowball sampling method to recruit respondents. Furthermore, respondents who did not disclose a caste identity were dropped from the data set. Therefore, it is likely that the sample does not fully represent the South Asian American population and could skew in favor of those who have strong views about caste.”

In essence, Equality Labs posed a series of loaded questions to a self-selected cohort, and then discarded the responses of anyone who didn’t accept their premise of rampant casteism. Unsurprisingly, no self-respecting academic has cited their survey in the five years since its publication; it serves only as a dubious repository of defamatory charges for unscrupulous activists to weaponize against the Hindu faith.

The rest of Krishnan’s article is a jaundiced litany of the author’s personal perspectives regarding Indian and Indian American society, framed above all else to contrive parallels between “caste” and Western race hierarchies.

For example, she writes that “[in India], lighter skin tones are preferred to darker ones”—a contention that isn’t just misleading in the present context, but entirely pernicious, because it negates India’s profoundly traumatic experience with race-based colonialism.

The Hindu pantheon includes many deities, such as Krishna and Kali, who are explicitly described as having dark skin. Furthermore, the diverse skin tones of modern Indian populations are by no means correlated with caste pedigrees. Indeed, present-day skin color preferences among Indians, as among Africans or Latin-Americans, originated with a history of native encounters with pale-skinned colonial invaders who usurped dominant status.

In a subsequent passage, the author’s strident Hinduphobia comes straight to the fore: “As outlined in Hindu mythology, men were created unequal by Lord Brahma, the Creator, supreme among the triad of Hindu gods that also includes Lord Shiva, the Destroyer, and Lord Vishnu, the Preserver. From Brahma’s head came the Brahmans—priests and intellectuals. From his arms came kings and warriors; from his thighs, white-collar workers; and from his feet, blue-collar workers. A fifth group, once described as untouchables, was kept outside of the caste system entirely….”

Here, the author regurgitates a malicious misrepresentation of the Purusha Sukta from a historically weaponized toolkit of Hinduphobic distortion.

This hymn (Rig Veda 10:90) refers not to “Lord Brahma” at all but to Purusha: the primordial cosmic principle personified as male human consciousness. In verse 12, Purusha (i.e., universal consciousness) is described as giving rise to four “varnas”: Brahmin, Kshatriya, Vaishya, and Shudra.

Importantly, the term “varna” does not refer to any system of social distinction—let alone caste—but to combinations of inherent qualities that any individual may choose to develop.

The anatomical correlates of the four varnas within Purusha: the mouth for Brahmins, the arms for Rajanyas (Kshatriyas), the thighs for Vaishyas, and the feet for Shudras, might suggest a hierarchical relationship between them if considered in isolation. However, the following verse (13) of the Purusha Sukta destroys any notion of a hierarchical metaphor. It states: “The Moon was gendered from [Purusha’s] mind, and from his eye the Sun had birth; Indra and Agni from his mouth were born, and Vayu from his breath.”

It’s clear that in context, the relative anatomy of Purusha does not represent a linear order of superiors and inferiors. If it did, one would have to consider the moon superior to the sun, and the sun in turn superior to Indra and Agni. In Vedic theology, Indra is King of the Gods and Agni stands second only to Indra; it is ludicrous to think of the moon (Chandra), a relatively minor deity, outranking either of those figures.

In verse 14, the Purusha Sukta goes on to describe how the earth itself originated from Purusha’s feet, and extraterrestrial space from his navel—establishing yet again the irrelevance of social hierarchies to its bodily allegory.

Regardless, the author deliberately conflates varna with an entirely different category—the social phenomenon of “jaati”—under the umbrella term “caste”. It’s crucial to recognize that “caste” is a foreign word with no equivalent in any Indian language or Hindu text.

“Jaati” refers to the thousands of vocation-based socioeconomic groups whom the Portuguese encountered in 15th-century India and labeled “casta”. Like guilds in contemporary Europe, jaatis were defined by their occupations, jealously guarded their trade secrets, and passed their skill sets from one generation to the next. In general, jaatis were endogamous groups, although many allowed for mobility through intermarriage and afforded members the opportunity to change professions. Despite claims that jaatis were permanently stacked in a fixed and religiously sanctioned hierarchy, it was common for the social status of any given jaati to change with its economic fortunes over time.

As in any society, the least privileged jaatis tended to be stuck with the least pleasant jobs and a relative lack of status. However, as Nicholas Dirks of the University of California, Berkeley, describes, it was not until India was impoverished by the rapacious exploitation of British colonialism that the jaati system was crystallized by extreme scarcity into a rigid, birth-based, and viciously oppressive hierarchy.

Contrary to the author’s garbled precis of Hindu “mythology”, no sacred Hindu text has ever prescribed jaati-based corporatism as a desirable model for society, leave aside imposing anything like the five-tiered “caste” hierarchy she posits. Moreover, the jaati system cuts across different religious communities in South Asia, including Muslims, Sikhs, and Christians, indicating that its evolution was entirely secular.

Dr B.R. Ambedkar, an icon of Dalit emancipation and author of modern India’s constitution, has described the Hindu concept of varna and the secular social phenomenon of “caste” as mutually antithetical. That the author nonetheless subsumes both jaati and varna under the strawman category of “caste” places her in the company of notorious historical Hinduphobes: missionary propagandists and purveyors of colonial-era atrocity literature.

Perhaps most appallingly, the author presents her mangled critique of Indian society as a rationale for singling out U.S. residents of Indian descent.  By insisting without evidence that regressive casteism is ubiquitous and endemic among the Indian American community, she effectively implies that American institutions must prejudge Hindus as guilty of caste bigotry in all situations—and moreover, that the presumption of guilt must extend to 2nd- and 3rd-generation immigrants with little exposure to Indian social constructs and laws.

While her article is peppered with so many half-truths, aspersions, omissions, and outright falsehoods as to make a rebuttal of reasonable length impractical, readers should at least know the following. India has enforced a system of mandatory affirmative action to benefit traditionally oppressed jaatis with enhanced educational and employment opportunities since 1950, fourteen years before the American Civil Rights Act became a reality.  While incidents of “caste”-based persecution still occur, the Indian constitution and subsequent legislations have assured stronger remedies for victims and imposed harsher penalties against offenders with each passing decade.

Finally, insofar as the author attempts to bolster her case with personal anecdotes of casual casteism observed while growing up in urban India and visiting the United States, many Indians who grew up under similar circumstances can offer equally valid counterpoints to that narrative.

Vidya Krishnan’s article fails to demonstrate that “caste” discrimination, created by colonial India and diminishing in modern India, has been transplanted to these shores by immigrants over the past few decades.

What it shows is that recent trends in American political activism—attributing collective guilt to entire communities while professing social justice, citing the sensationalized conclusions of drive-by scholarship while pretending to be rigorous, trading on the reputations of respectable publishing platforms to disguise one’s hateful propaganda as journalism—have made their way to India, where Vidya Krishnan plies her trade.

Kartik Mohan is a CoHNA volunteer based in the eastern United States. His “caste” is 'Scientific Communications Professional'.