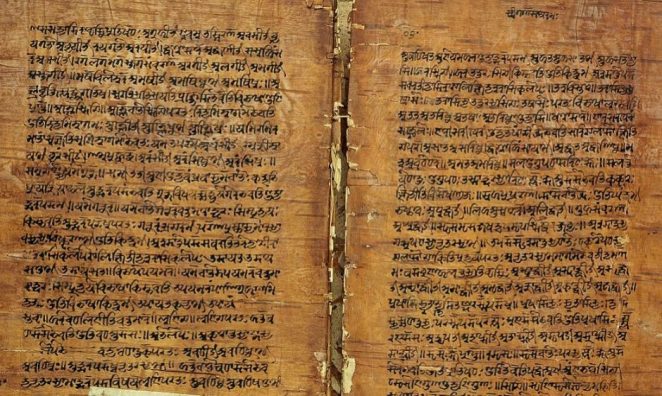 Relevance of the Shrutis for modern society

What relevance do these ancient scriptures of the Hindus hold for the present society? I examine this in the following paragraphs:

The first mention of the caste system anytime in the scriptures is to be found in the Purushsukta of the Rig Veda. Purushasukta (10.090.11 and 12) asserts: ‘When they divided the purusha how many portions did they make? What did they call his mouth, his arms? What did they call his thighs and feet? The Brahman was his mouth, of his both arms the Rajanya made, His thighs became the Vaishyas, from his feet the Sudra was produced (Griffith, 1896:)[1]. Accordingly, one can see that the Varna’s were just labels given to the body parts of the same Purusha.  As they were just the designations of the different parts of the Purusha, the question of inequality therein is irrelevant.  The Brihad-aranyaka Upanishad notes that ‘at the beginning there was only one caste or class, the Brahmana differentiations were not’ (Radhakrishnan, 1992:169)[2]. Consequently, it may not be wrong to surmise that this merit-based system got corrupted down the track.  But this is an issue that needs a separate paper.

‘Vedic period had a total of five castes: Brahmin, Kshatriya, Vaishya, Shudra and Nishada. It was a categorisation according to the capacities and aptitudes of the individual and similar features can be seen in the Iranian literature as well as in the Indo-European nations (Raja, 2006)[3].  Altekar (2006:225) notes ‘there is, however, hardly any evidence to show that these three principal classes [brahmana, kshatriya, and Vaishya] had become hereditary’.   Migration from one caste to the other has been reported from the Vedic period and the system was not set in stone as it happened in subsequent years. Kshatriyas such as Vishwamitra, for example, became Brahmins. Though originally envisaged as merit-based classes or categories (Varna system) in the scriptures as Ambedkar (1916)[4] notes ‘that classes have become Castes through imitation and excommunication’.

Accordingly, one can conclude that there was no birth-based [inheritance-based] but worth-based classification system during the Vedic period and that meritocracy was the norm. Interestingly, the Brihad-aranyaka Upanishad asserts that in the beginning ‘there was only one caste or class, the Brahmana: differentiations were not’ (Radhakrishnan, 1992:169)[5].

During the Vedic period women enjoyed equal status with the men. Raja (2006) notes a ‘complete equality between men and women is found in all parts of Vedic literature, from Samhitas to the Upanishads’.  Not only the gods and goddesses but some of the Vedic poets were women.  Furthermore, there is no mention of child marriage anywhere in the Vedas.  The Manu Smriti (Ch. IX.90) specifically indicates that let the girl wait for three years after she becomes marriageable (attains puberty), but after that let her choose a bridegroom as appropriate (Buhler, 1886)[6]. Accordingly, the choice is given to the girl.  Many women were Rishis (called Rishikas). They include Gargi, Maitreyi, Lopmudra and others.  Prem (2017)[7] has well summarised the status of women in the Vedic period. Many goddesses are women starting from the Usha (the dawn), Saraswati, Laxmi, Durga and others.  Parvati becomes the guru of Shiva. “When Parvati asks the questions and Shiva answers them the treatise is called an Agama; when Siva asks the question and Parvati answers them the treatise is called a Nigama (Bernard, 1947:14)[8].

3.3 Focus on spiritualism NOT proselytization

In some faiths there is an injunction to the adherents to convert others to their faith.  In such faiths the assumption is their God gave monopoly distribution rights of his message to a person called the Prophet to spread Gods message.  One wonders why God was so discriminatory. Hindu scriptures don’t take such divisive outlook. Every individual is free to explore and connect with the divine in his own way.  Hindus don’t have a Prophet, they have Gurus who are teachers, the teach some basic spiritual stuff and thereafter the pupil is on his own.  This is like present education system where the teacher will teach say basic physics but thereafter the student explores and researches in her own way. The focus of Hindu scriptures is the emancipation of the entire humanity from the limited personal world in which they are caught and to raise their thinking to the cosmic consciousness. Accordingly, our scriptures don’t engage in blame-game and myopic world view of pushing their world view but exhort an individual to apply critical thinking and find her/his own way towards divinity.  Accordingly, Hinduism shows the way to end inter-religious strife which is the handywork of proselytizing faiths.  Adopting such liberal attitude shows the maturity of Hindu scriptures vis-à-vis the faiths that have yet to fully develop the cosmic perspective and are only engaged in market share capturing gimmicks.

The Isha Upanishad highlights certain ethical values to be imbibed. These include (a)  don’t covet what belongs to others (b) enjoy what is your lot, don’t seek more than what is given (c) don’t be greedy (d) everything you have is given by the Lord, having a craving for wealth means one is yet to open up to the supreme consciousness (e ) don’t claim ownership of anything because the only true owner is the only the Lord (f) do your duty assuming you are going to live for 100 years (g) perform work (duty) as service to the Lord in which case it will not bind you and (h) true happiness can be found when one sees in all beings in his own Self and his own Self in all beings. Furthermore, in the Taittariya Upanishad after Veda teachings is over the guru advises the student to (a) speak the truth (b) practice virtue (c) don’t neglect welfare (d) don’t neglect prosperity and (e) don’t neglect duties (f) don’t neglect law (g) don’t neglect health (h) don’t neglect wealth (i) treat your mother like god (j) treat your father like god (k) treat your guru like god (l) treat your guest like god (m) practice the deeds that are blameless (Olivelle, 1996)[9]. If you are in doubt how to conduct yourself behave yourself as the Brahamna will. The Brahamana have ‘tenderness of sentiment and enlightened conscience [which] should be our standard’ (Radhakrishnan, 1992:539)[10].

The Isha Upanishad tells us that work should be performed as a worship to the Lord and accordingly when the individual acts with the cosmic purpose in mind, the act doesn’t bind her.  The gist of this Upanishad is the unity between the empirical world and the transcendental world. It also underlines that work must be performed as normal keeping contemplative Self alongside.

The Katha Upanishad tells us that by overcoming desires and focussing on the Self can one become immortal and realise the Supreme.  So long as our senses are motivated outwardly, it is difficult to find poise.  It is important to bring the mind and the will in harmony with the universal purpose of God (Radhakrishnan, 1992)[11].  Understanding the Self (Atmajnana) can make one immortal. When such a realisation takes place, one doesn’t grieve on death since only the body is cast off.

The God of Death (Yama) tells Nachiketa, the highest good of a man is not pleasure but moral goodness (Radhakrishnan, 1992)[12].  Before one can realise the Self, purity of the heart is essential. For control of the senses, the parable of the chariot is given in the Katha Upanishad. The intellect should be used to control the mind and through it the senses.

3.7 Standing up for justice

It is interesting to note that even in that age, the Brihad-aranyaka Upanishad shows concern for justice and stands by the weak. ‘There is nothing higher than justice. So, a weak man hopes (to defeat) a strong man by means of justice as one does through a king’ (Radhakrishnan, 1992:170)[13].  The Upanishad asserts that death and disease are to be considered as tapasya (penance).

3.8 Overcoming the fear of death

One can overcome the fear of death when one doesn’t associate the Self with the body.  The body is perishable, but the Self is immortal the Katha Upanishad tells us.  ‘One becomes freed from the jaws of death by knowing That which is soundless, touchless, colourless, undiminishing, and also tasteless, eternal, odourless, without beginning and without end, distinct from Mahat, and ever constant’ (PB, 2011:711)[14]. Similarly, the Svetashwatara Upanishad asserts “His form does not exist within the range of vision; nobody sees this One with the eye. Those who thus know this One as existing in the heart, through a pure intellect and mind, they become immortal” (PB, 2011:711)[15].

3.9 The secret of happiness

The central aim of Hinduism is realisation of the divinity within.  “Know Thy Self’ is the take-away from Hinduism. In Chandogya Upanishad, Svetaketu asks his father ‘What is that by knowing which all can be known?’ The father replies ‘By knowing yourself’. ‘You are that’ divinity Svetketu (Max Muller, 2014:183)[16].

The Shrutis provide the template for the subsequent development of Hindu thought. The metaphysical, epistemological, logical and ethical aspects discussed in this essay demonstrate how advanced the Vedic thought was. ‘Philosophy in India is not simply a search for spirit, it is also a critical analysis (anviksiki) of the data provided by perception’ (Gupta, 1999:539)[17]. The Shrutis offer two important constructs Dharma and Karma to the world philosophical thought. It is in the Upanishad that one finds Hindu philosophical thought fully developed. Hindu metaphysics, ethics, epistemology and logic, find themselves grounded in the Vedas. The Vedas adopt a very positive attitude towards life and pray for a happy life of one hundred years and beyond.  Early on Vedic people proclaimed the unity of gods in the form of Aditi – which is the infinite and immanent Principal. Ten principal Upanishads were briefly reviewed to understand the central message of each.  There are several take-aways for modern man and modern society from these ancient scriptures.

[4] Ambedkar, B. (1916) Castes in India: Their genesis, mechanism and development, Retrieved: http://www.columbia.edu/itc/mealac/pritchett/00ambedkar/txt_ambedkar_castes.html

[17] Gupta, B. (1999) The contemporary Indian situation, in (ed.Deutsch and Bontekoe) A companion to world philosophies, Blackwell, USA.