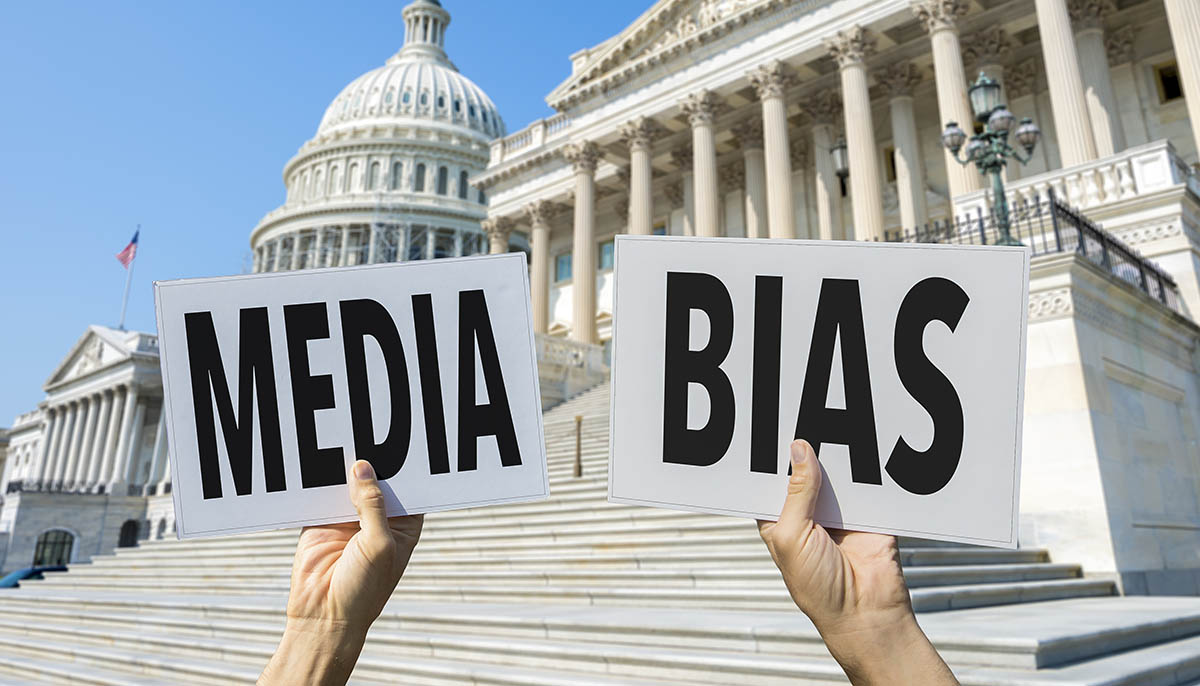 Since 1933, when Eugene Meyer purchased it out of bankruptcy, revived it, and gave it to his relative Phil Graham to run, the newspaper stayed with the Graham family until it was bought by a group owned by Amazon’s Jeffrey Bezos in 2013. Since then, thanks to the advent of the internet and social media, the newspaper’s readership has expanded, reaching out to increasing audiences across the globe. From carrying advertisements given to it by China Daily, its allegedly unfair pay practices, to getting sued by a high school student, and carrying highly controversial and biased op-ed and columns The Washington Post has, however, been through a lot of controversies in the past decade alone.

One of its more than a dozen foreign bureaus is in New Delhi, which is possibly one of the reasons why India seems to feature a lot in the daily news menu served by the Post. But it remains a fact that this reporting by the Post of politics and events in India has been largely of only one format – biased against the present government and extremely negative in its coverage of matters Hindu, Hindus, and Hinduism. The journalists and columnists it hires and publishes fit perfectly the label of “Indophobic narrators”. Most of the Post’s reporting of Indian events and politics always provide an impression of a curiously racist, supremacist, imperialist corruption, cutting across layers and reporters and reportage.

For us to understand this corruption, it is important first to understand the general layout and dynamics of what can be safely called the arena of global “power politics”. The Washington Post is an American newspaper and represents the intelligentsia and the larger Western intellectual culture. Its views on a fundamentally different civilization and culture – far more diverse, historically complex, and politically challenging than the Post’s own land of origin – are but a reflection of a thoroughly Western and a provincially American point of view. It interprets events in India through the lenses of the American civilizational ethos and its opinion reflects those of the American empire, now itself under strain from internal and external forces. It is but a natural feature we must acknowledge.

Second, we have to consider the complex web of funding. The arena of global politics is a market of ideas and ambitions. Here all the global powers, and those who wish to be global powers, invest in seeding ideas of the tree that is their political, national, and global ambitions.

Former US Ambassador to India, John Galbraith, had once commented: “The required doctrine need not be subject to serious empirical proof… It need not even be seriously persuasive. It is the availability of an ascertainable doctrine that is important; it is that availability and not the substance that serves.” The sort of reports, opinions, and narratives that The Washington Post publishes about India materializes and makes “real” what Galbraith says. Their “availability of an ascertainable doctrine” is, however, devoid of “substance” or “empirical proof,” Fact and opinion come later, while establishment of the doctrine comes first and remains largely unaffected by the former two.

The writers of biased, largely negative, articles about India in The Washington Post are mostly Indian, quite surprisingly. This would give the impression that the institutional and western construct of bias is non-existent, and everything being written is just the opinion of the writers who themselves are either Indian or of Indian origin but have habitually learned to ‘dissent’ against the national identity that is Indian. But, as with every other problem with modern media narratives, this “sleight of hand,” using “natives” to carry out your propaganda and mischief, is part of the ploy of Western power-wielders and their sophisticated strategies to influence and/or debilitate foreign nations.  Only those Indian writers and only those Indian opinions are allowed entrance through the portals of this “liberal” newspaper that warns/reminds its readers on its mast that “Democracy Dies in Darkness”. Its reporters, correspondents, editors may be brown, black, or whatever but they are all hired after being vetted for their political leanings and ensuring that they will write to sustain the Western project of saving the world and that they will work to assure the success of the new colonial empire. It successfully lures ambitious Indians into prestigious jobs provided they sublimate their own identities and serve the dominant culture of Western hegemony.

This has been identified and commented on by author and commentator Rajiv Malhotra. Malhotra has stated, “this makes the criticism of the biased discourse on India much harder, because the strategy has been to deploy Indian intellectual sepoys against any Indian dissenting voices. The same scholar who is deeply invested in subtle and sophisticated India/Hindu-phobia in his/her day job in a Western institution is also charming and manipulative at impressing and disarming fellow-Indians. S/he easily slips into Indian attire, recites Urdu poetry, even sings bhajans, and expresses great sympathy for India’s poor. In fact, if it were not for their artificially Indianized unctuous obeisance to the powers, many such Indian intellectuals would get devalued in the eyes of the Western institutions they serve.”

It is a classic case of the use of political jiu-jitsu to pit a family against its own, reduce them to a disunited lot fighting to comprehend reality. More unfortunate is the penetration of this careerist greed in academic circles back here in India too. Prospects of the high life, like that of the “brown sepoys” employed by the Western media, encourage Indians here to echo whatever has been said there, thus creating a cycle of lies that go on to become “news” somehow.

Looking at The Washington Post’s last one year of reportage and opinions on India makes it clear that it wishes to offer neither balanced nor objective narratives.  It rather would go to any length and would blow any event out of proportion coupled with misinformation, cherry-picking of facts to make India, under the BJP-led government, look like a soon to become Nazi Germany. Whether it’s a report on a cricket match or on a Bollywood movie, an Amazon Prime series or a Narcotics Bureau raid on Bollywood “superstars,” every report has a common theme: Hindu nationalist BJP is hounding Muslims, Christians, and “minorities,” denying freedom of press, degrading India’s democracy, and soon turn India into a fascist autocracy. For reference, here is a list of ten reports and opinions columns from the past eleven months of this year.

And here’s a list of The Washington Post’s India coverage in a single month – October2021.

It is quite tragic when an extremist, trained in Pakistan-based terror outfits with absolutely no links to Hinduism, kills someone, the blame is laid on Hindus instead of the very ideology and religion of the terrorist and his mentors. The Post wants us to believe that a Muslim terrorist using his AK-47 in Kashmir to kill Hindus and Sikhs is shooting because some Hindu in Ahmedabad asked PM Modi to abrogate Article 370; but never because the shooter follows a centuries-old and ideology of jihad against non-believers, the Kafir, the Malaun, and the Murtad. Terrorism in the Kashmir Valley reached its peak in the late 1980s.  “Hindu nationalism” cannot be used as an excuse for that massacre and ethnic cleansing by Muslims of Hindus in the Valley. Jihadis across the globe never need any other reasons to kill; they kill simply because of the indoctrination that they have fed on, a complex net of ritualistic, religious hatred. Newspapers like The Washington Post ignore this sort of institutionalized hatred and provide the world with excuses, and non-existent reasons/excuses, so that the jihadi can continue to kill with impunity, while people never really get to read about and understand the root cause of this violence.

On the one hand when The Washington Post ignores religious motives at their sharpest and most brutal presence, and on the other hand it seeks to drag in religions to explain unrelated events — like when Bollywood actor Shah Rukh Khan’s son was held on charges of drug possession and drug dealing. The Narcotics Control Bureau in India and the police have always carried out their duty of patrolling the drug racket in Bollywood, irrespective of the religious affiliation of the actors/actresses. But The Washington Post thinks Shah Rukh Khan’s son was being questioned because he is Muslim. However, when non-Muslims in such a case come to be questioned by authorities, their religion automatically vanishes. This narrative of “minority oppression” is, at the moment, nothing but a cover for a range of offenders, ordinary and small-time criminals to terrorists seeking to create havoc in the country.

The Washington Post’s indulgence in this biased and selective reporting is not new. Ever since the BJP’s victory in 2014, the grand narrative they have worked on has comprised primarily the highlighting of a certain kind of religious tussle which helps in building up the “Hindu nationalists are taking India downstream” image. In this quest they have portrayed the RSS as a “Hindu nationalist group going on charm offensive” even when the RSS has always been secular in its outlook. Similarly, in their  habit of biased reporting , The Washington Post has always addressed the Babri Mosque in Ayodhya as a sixteenth  century mosque. Not once has it told its readers that it has been proven by the Archaeological Survey of India and its experts that there existed a temple of Shri Ram on the spot prior to the building of the mosque. The Treta ka Thakur inscription of twelfth century Gaharwar King Maharaja Jaichandra is an indisputable record. Yet The Post writes only about the mosque. And when it does mention the temple, it slips in a line saying “the Hindus believe” a temple to have existed so as to provide an impression that it is merely a belief and not proven archeologically.

Two years ago, when violence erupted in Delhi after the anti-CAA protest, both Hindus and Muslims were killed. But the newspaper, again, published only partisan reports supporting Muslims and demonizing Hindus, and criticizing the BJP-led Government. “The violence has overwhelming religious overtones — unidentified groups have destroyed mosques and targeted Muslim-majority  neighbourhoods with gasoline bombs,” it said in one of its report.  Before that, the newspaper had declared CAA as an “official legal cover to its dream of entrenching Hindu supremacy” and had sort of concluded that the law will turn India into a “a Hindu nationalist state”. The Washington Post has carried many opinion pieces asserting that  India is becoming a Hindu nationalist state and a Hindu theocracy of sorts. It never sees religion in a jihadi terrorist or a Christian fundamentalist when they kill in the name of their religion or seek to establish their god across the world. But the Post did see religion in the Indian government’s measures in Kashmir.

It is beyond doubt that the reporting and opinions in The Washington Post are always centred around a specific narrative vilifying Hinduism and Hindus. The newspaper seeks not to establish a level playing field in the political reportage but has just become a vehicle to demonize Hindus and paint the BJP into a “Hindu nationalist” corner. A newspaper with such a dishonest record and dangerous intent is not just a threat to Indian democracy and to India’s social harmony and global standing but is a propaganda vehicle seeking to kill democracy in broad daylight.