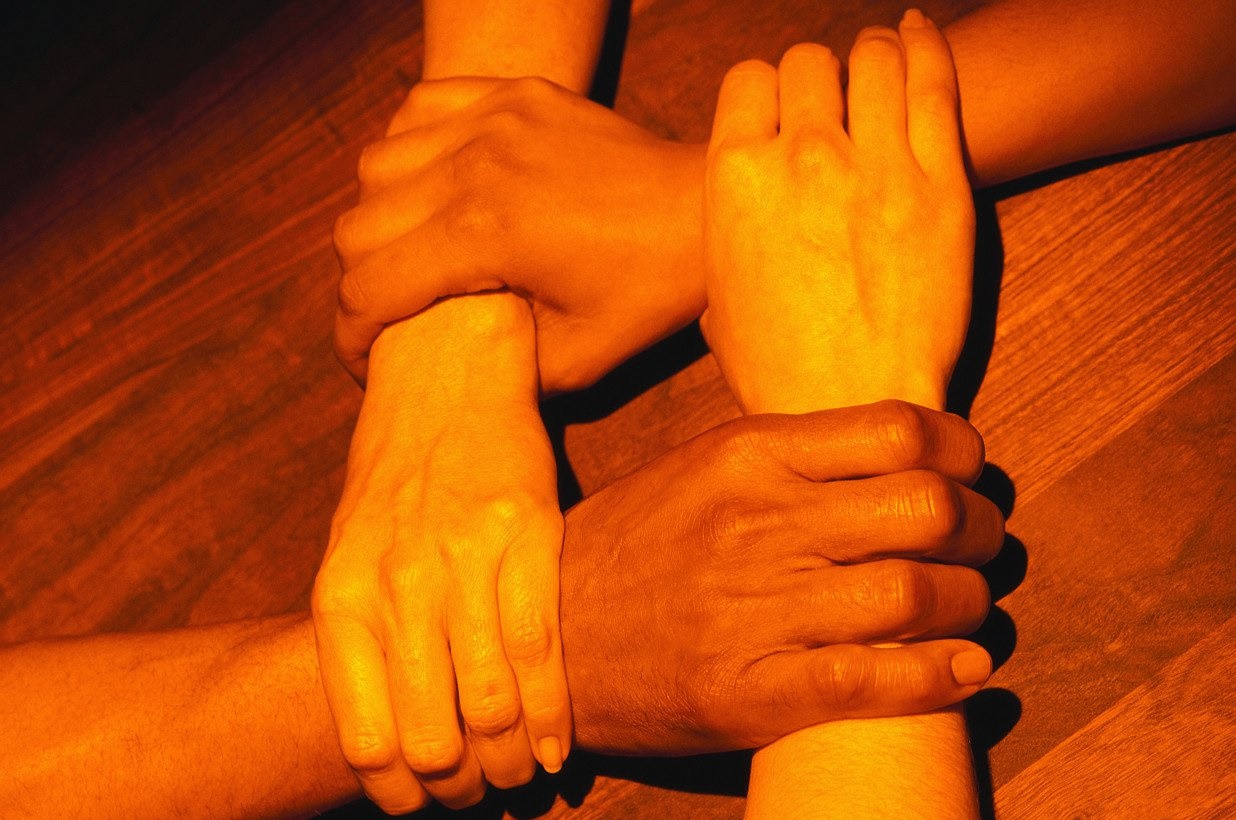 Dharma, which is defined as “that which upholds the truth” cannot be fully viewed from the fragmented and fractured lens of Adharma – simply put as “that which does not uphold the truth”. This is at the root of the deep and overwhelming ethical, economic and ecological crises that humanity faces today wherein we are losing the perspective and sense of the whole.

Rajiv Malhotra, eminent scholar of the dharma tradition, in his path-breaking book Being Different “reverses” the gaze on contemporary adharmic – Western and Indological – constructions of the dharmic worldview and ways of life and seeks to expose “how “exotic,” “ethnic,” and “provincial” such constructions have really been notwithstanding their allegedly “universalistic” claims (2011: 67, 176, 334). “By problematizing the way in which dharma has been represented by the adharmic scholarship, he exposes the asymmetrical nature of the relationship that exists between the powerful discipline of Indology and its disempowered subjects, the followers of dharmic tradition”, in the words of another noted scholar Shrinivas Tilak, who refers to this approach as “reverse anthropology”.

The dharmic construct of Varna Vyavastha as a model for social organisation is a significant example of how looking through the lens of adharma has led to a series of fallacies that obfuscate us from seeing its renewed significance in the present context. When people do not conduct themselves according to their quality and capability that determines their varna, it leads to what Bhagwad Gita (Ch 3 V 24) describes as Varna Sankara causing utter chaos and destruction, as we witness today all around us in ample measure.

Unraveling the fallacies about Varna Vyavastha

The first fallacy is to confuse and conflate Varna Vyavastha with the “Indian Caste System”. The latter, in its present form, is blatantly a British invention, and was designed to manage the large and diverse Indian subjects and “specimen” [1].  Looking through the adharmic lens misleads us to believe that this is a social evil that we must eradicate, rather than look at it as a comprehensive system of social organization for human motivation and management similar to modern management theories as explained in next section. VV is thus straitjacketed into the 2-tier structure of Upper Caste and Lower Caste akin to the 2-tier Class structure of feudal and serfs prevalent in medieval Europe.

Social groups in Europe were classified in the binary of “honorable” and “dishonorable” professions, by virtue of their trade. “Throughout the Holy Roman empire dishonorable tradesmen – such as executioners, skinners, grave-diggers, shepherds, barber-surgeons, millers, linen-weavers, sow-gelders, actors, latrine cleaners, night-watchmen and bailiffs – suffered various forms of social, economic, legal, and political discrimination on a graduated scale of dishonor at the hands of ‘‘honorable’’ guild artisans and in ‘‘honorable’’ society at large. As a matter of course, dishonorable people were excluded from most guilds.” [2]

The second fallacy is to believe that Varna Vyavastha is strictly based on birth and is rigid, i.e. it does not allow for social mobility. This is seen inherently as breeding inequality and perpetuating it through a rigid structure in which the individual is locked over their lifetime. Here again, the conflation with the heredity based class system cast its dark shadows on VV.  “In the case of the most extreme dishonour, that of executioners and skinners, Unehrlichkeit [concept of dishonor] could lead to exclusion from virtually all normal sociability. Executioners and skinners might be pelted with stones by onlookers; they might be refused access to taverns, excluded from public baths, or denied an honorable burial. Dishonor was transmitted through heredity, often over several generations.” [2]

The adharmic view of Varna Vyavastha is highlighted in high school textbooks in the United States such as ‘World Civilizations: Global Experience’ (AP Edition) which carries sentences such as: “The Indian caste system is perhaps the most extreme expression of a type of social organization that violates the most revered principles on which modern Western societies are based.” It is necessary therefore to view Varna Vyavastha without the jaundiced-eyes of the regressive and parochial European Caste System.

The Varna Vyavastha, which is a purely merit-based system degenerated into a birth-based system due to the Islamic invasion of India, which targeted the social power of the Brahmanas and the Kshatriyas. Though, this calls for deeper investigation into the precise causes, the birth-based system was probably a defense mechanism to safeguard knowledge and value system, within the family, in the absence of the social support system of the gurukul where knowledge was imparted in the guru-shishya tradition according to qualities and traits of the individual and not on the basis of birth.

The British colonialists on the other hand, targeted the economic power of the Vaishya and the Shudra. The Brahmanas and the Kshatriyas found respite in the British rule, which likely created the backlash against Brahmanas and Kshatriyas as we witness today. It won’t be an exaggeration to say that Islamism and European Colonialism have singularly brought humanity to the brink of ethical, economic and ecological catastrophe, across the world and not just in India.

Varna Vyavasta has inbuilt checks and balances that awards economic power to Vaishyas and Shudras and social and political power to Brahmanas and Kshatriyas. This also allows for upward mobility from economic to social power. On the other hand, the 2-tier feudal-slave social structure that existed in the European societies “objectified” humans as serf and slaves, and it failed to see the ingrained interdependence among people with diverse qualities and traits.

Incidentally, the merit-based corporate system mimics the multi-tiered Varna Vyavastha, but it makes a fatal mistake of awarding both social and economic power to the same set of people mired in deep mistrust, fear and insecurity rooted in the hoary feudal past of medieval Europe.

What is Theory V?

Theory V is conceptualized as a theory of human motivation and management based on the Varna Vyavastha. The nomenclature carries forward, in a non-linear way, the modern idiom of Theory X and Theory Y coined by Douglas McGregor at the MIT Sloan School of Management in the 1960s. These theories describe two contrasting models of workforce motivation applied by the managers in human resource management. According to the models, the two opposing sets of general assumptions about how workers are motivated form the basis for two different managerial styles. Theory X stresses the importance of strict supervision, external rewards, and penalties; in contrast, Theory Y highlights the motivating role of job satisfaction and encourages workers to approach tasks without direct supervision.

Theory Z of which various versions have been credited to different people looks at the role of employee loyalty and job for life with a strong focus on the well-being of the employee, both on and off the job. In one version, Abraham Maslow looks at a hierarchical structure of importance from the lowest to highest (Maslow, 1970):

Theory V is a social and metaphysical construct for the society as an organization on one end and a deep-dive understanding of individual qualities and traits, on the other. It is based on the idea of harmony and cooperation, not just in the realm of professional work, but as a way of life.

Where it is principally distinct from Maslow’s hierarchical theory is that it sees the mobility to higher needs happening over one or several lifetimes rather than being confined to a single lifetime. This is important for harmony and cooperation so that even if some people are at a lower need over their present lifetime, they take it with contentment and hope of moving up in the next birth, if they were to fulfill their obligations in this birth with utmost dedication and sincerity.

Based on a deep-dive understanding of the qualities and traits of an individual, Theory V classifies them as Shudra, Vaishya, Kshatriya and Brahmana that corresponds tentatively to Maslow’s hierarchy. At the metaphysical level, it also reflects the span of roles and responsibility of each from the small – क्षुद्र – to the big – बृहद. Hence, at the one end, the Shudra is largely concerned with the physiological needs and at the other end, the Brahmana pursues self-actualisation,

Interestingly, this is echoed in Kevin Hobson’s essay on Indian Caste System and the British- “Ethnographic Mapping and the Construction of the British Census in India.” Hobson writes:

“What the British failed to realize was that Hindus existed in a different cosmological frame than did the British. The concern of the true Hindu was not his ranking economically within society but rather his ability to regenerate on a higher plane of existence during each successive life. Perhaps the plainest verbalization of this attitude was stated by a 20th century Hindu of one of the lower castes who stated: “Everything lies in the hands of God. We hope to go to the top, but our Karma (Action) binds us to this level.” If not for the concept of reincarnation, this would be a totally fatalistic attitude but if one takes into account the notion that one’s present life is simply one of many, then this fatalistic component is limited if not eliminated. Therefore, for the Hindu, acceptance of present status and the taking of ritual actions to improve status in the next life is not terribly different in theory to the attitudes of the poor in western society. The aim of the poor in the west is to improve their lot in the space of a single life time. The aim of the lower castes in India is to improve their position over the space of many lifetimes.”

With a comprehensive view of social order and stability, the number of people in each of the 4-levels is in pyramidal proportion. The Shudra in larger numbers are at the base and the Brahmanas in fewer numbers are at the top. On the other hand, the fallout of the present capitalistic system based on cold and cruel competition is that though it promises material comfort and economic empowerment to larger numbers, in reality it only leads to ever widening chasm of inequality as most of the economic wealth is concentrated unfairly in a few and the shrinking number of hands.

Varna Vyavastha is a far better conceived 4-tier structure based on a deep-dive understanding of human “relationships” and inherent diversity of personal strengths and qualities. The Hindu cosmological view that Hobson refers to also imply that even though there was sequestration of certain people from a hygiene point of view, this became exploitative much later in reaction to the Islamic and British onslaught. Varna Vyavastha did degenerate and gathered a number of malpractices over time, which need to be addressed as we seek to resurrect. Yet, there cannot be a case for throwing the baby away with the bathwater.

What’s in the name?

To clear the confusion about Varna Vyavastha, we should begin to call it as it is, without losing its meaning through translation. If Yoga is Yoga, Guru is Guru and Sanskrit is Sanskrit in English, why can’t Varna be Varna instead of its misleading and corrupted translation as “Caste”? Is this nishtha, so difficult to follow, in the times of the internet where detailed meanings of words and phrases in different languages and in different scripts are just a few clicks away?

Theory V is an attempt to express the ancient wisdom of Varna Vyavastha in a modern idiom that adds layers of nuance and embeds it in the present context as a powerful instrument for human motivation and social organization to triumph in our times of deep ethical, economic and ecological challenges. Calling it as Indian caste system and a social evil is akin to snatching defeat from the jaws of victory.

Chandra Vikash is President of Samuchit evam Santulit Sansthan - a social organisation working for inclusive and balanced development. He is alumnus of IIM Calcutta and IIT Kharagpur.