This Month in Hinduphobia — November 2022 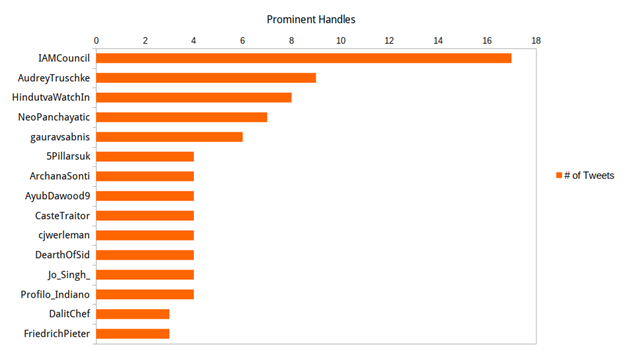 This monthly report, based on data collected from Hindumisia.ai, enables readers, commentators, activists, and the media to understand the trends in Hinduphobic chatter in the Twitter sphere. We offer the data using simple descriptive statistics and in the form of graphics, diagrams, as well as text. We offer screen grabs to highlight prominent Hinduphobic Twitter handles as well as most egregious of tweets from lesser known Twitter handles.

The report above is generated from data collected in the month of November 2022.

Hinduphobic tweets this month have revolved around a number of issues: Caste-based abuse of Hindus and Brahmins, calling Hindus as a “radicalized majority”, Equating Hindutva with crime, thuggery and casteism, Irrational fear over Hindutva supremacy. Continued attacks on Vivek Agnihotri for making The Kashmir Files. Continued online abuse of prominent Hindus on Caste. Misrepresenting Hindus celebrating their festivals as oppressive, polluting and politically charged. These were a major part of toxic discourse on Twitter in the month of November 2022. 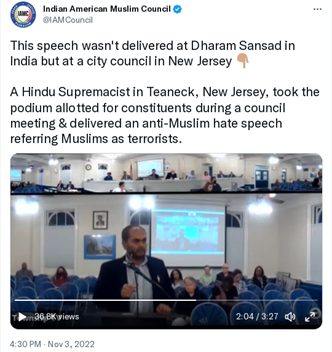 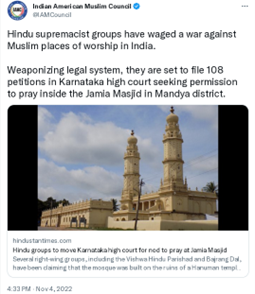 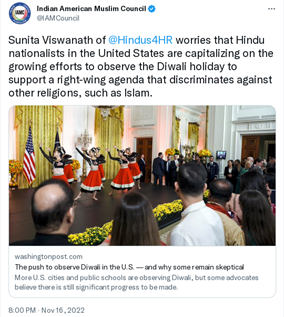 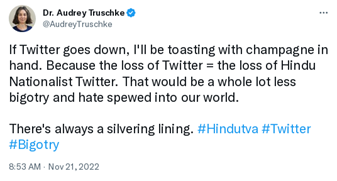 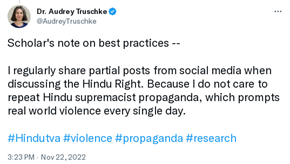 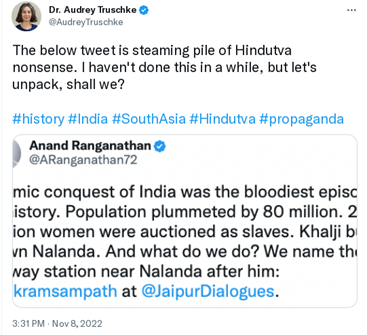 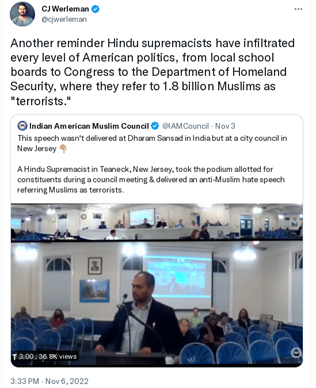 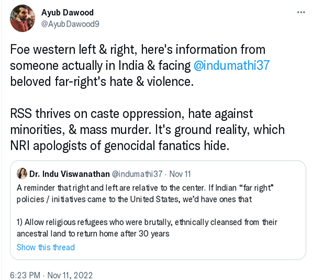 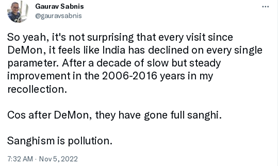 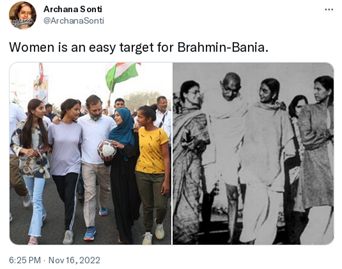 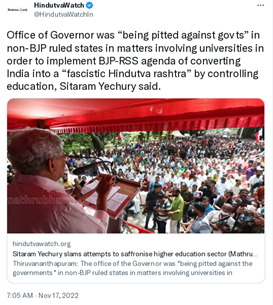 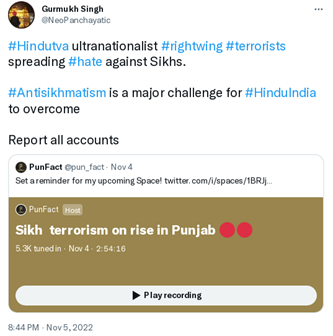 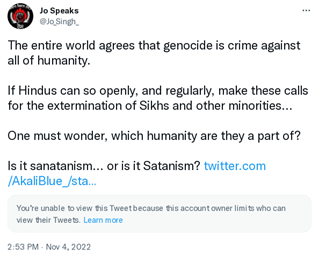 Egregious Tweets from other Handles 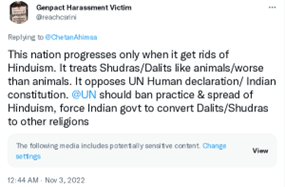 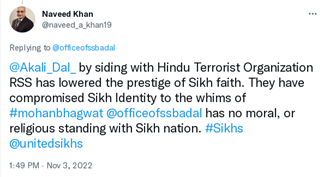 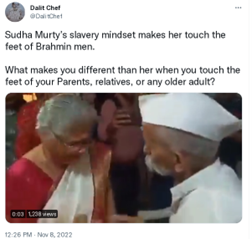 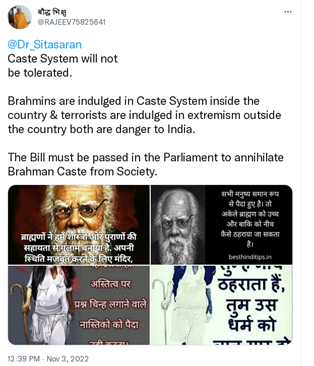 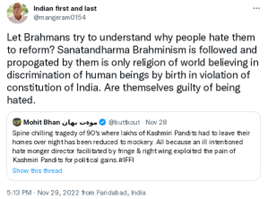 A Word of Caution

If the Hinduphobic tweets do not have any Likes or Re-tweets or comments, do not give agency by commenting. Report them using Twitter’s own mechanism.

Nishant Limbachia holds a degree in Mechanical Engineering from M S University, Vadodara and an MBA from IIT Chicago. Nishant is involved in the local Hindu community as a volunteer.

This Month in Hinduphobia — October 2022