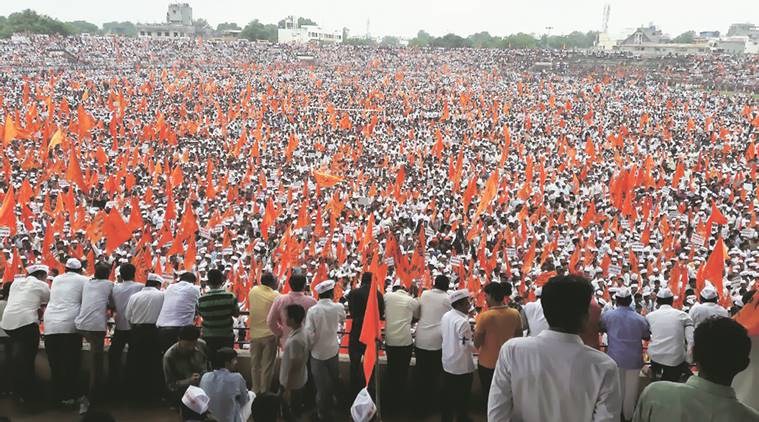 It is commonly “understood” that Hindus are systematically disadvantaged in India, through constitution and state policy. It is usually conceded that the early anti-Hindu legislations after independence were done in “good faith” and that they did not get corrected while they got misused. But then over decades new policies and legislations kept happening, which were only increasingly anti-Hindu.

On one hand is the problem that out and out anti-Hindu legislations like anti-superstition bill, right to education etc. are getting passed in parliament with support (albeit under emotional/moral/votebank blackmail) of BJP and other such supposedly nationalist parties. On the other hand, there is a total absence, not just scarcity, of correctives to constitution, law or policy in the pro-Hindu direction.  From this, it is clear that the system is rigged against Hindus and it does not matter, who comes to power the net outcome will be against Hindus, only the degree matters. At times, a government that implements these laws sincerely does more damage than a corrupt and insincere government.

While there is no dearth of examples, here are the few important ones –

We will therefore need to understand why this goes in one direction, why everyone is forced to play against Hindu interests. The source of problem definitely lies in the basic principles of constitution, but beyond that we need to understand that Hindus are way behind the inimical forces in both thought and homework. That shows in most of the emerging and proposed constitutional amendments, the level of articulation, and the case made for them.

There have been several attempts at categorizing the contemporary failures. One perception is that the BJP is implementing “development” or “economic” agenda and is not implementing “core” (many “right wing” Hindus refer to this as core). However, what we see is an “erring on the other side” by adopting a business-friendly policy. There is nothing institutionally Hindu that is attempted in “development” or “economic front”. There is no visible attempt at protecting the skill groups or social capital or areas of knowledge that can position Hindu society towards pioneering or path breaking changes in technology or economic philosophy. Part of the problem is that “Hindu right” does not look beyond the “organized economy” and jargon like free market, so the expectations are not really around what a Hindu economic philosophy, consequent policy would look like. So catering to “economic right” and not “cultural right” is inherently an admission of being anti-Hindu because the “economic right” does not have a Hindu vision to economy and is merely an attempted anti-dote to socialism.

The perception of non-implementation of “cultural agenda”, is also not entirely accurate, if we look at attention being paid to matters like demography which are not matters of “economic right”.

Our understanding is that our politicians and thinkers have been failures in handling anything that harms Hindu institutions, while they could raise threats easily around attacks on people.

There is an ecosystem that is breeding rogue elements in the guise of social reform, justice, rights, equality and what not. Narendra Dabholkar was but just one case, there was even a proposed bill that abets rioting by “minorities” and criminalizes Hindus that fortunately did not get through. The resistance for that kind of bill was not because it is any more anti-Hindu than the other bills. It is because such bill goes against Hindu people and not against Hindu institutions.

Few examples to make this clear –

On the contrary, consider a few examples of failure at institutional and systemic level –

On the other hand, the lax nature of congress governments in implementing laws was a blessing in disguise for Hindus. A sincere enforcing of the insincere laws would be far more harmful. So, the need for understanding the causation for our failures in systemic corrections cannot be exaggerated.

What Needs to Change

Principles and institutions are permanent, not people. People while being the vehicles of realizing the principles, will not be able to resist for long the bad influence of a state forever, but only temporarily act against a non-incentivizing policy. Eventually people’s ultimate goals will be their own fulfillment and make choices in that direction. So, if a policy does not incentivize a certain choice, that choice cannot be made sustainable as a value. In most of the cases discussed above, individual choices are engineered through a policy of incentivizing, towards a destruction of Hindu institutions and thereby of Hindu society’s longevity, prosperity and survival.

A lot of policy matters are not happening in the favor of Hindus not because there might not be support from Hindu society, but because of lack of homework on alignment of incentivized individual choices with the design of traditions and permanent institutions. Working on “people’s mindsets”, “softening prejudices” etc. are all really secondary and serve as minor mitigations in handling crises, but they are not really solutions.

The need for this cannot be exaggerated and sadly this has not been emphasized for decades.

Therefore investing on institutions and systemic work is indispensable in serving Hindu interests in the long run and the single biggest important unserved goal. The more that is delayed, the more crises Hindus will have to handle, and the hope that “long term” agenda will be pursued “after mitigating crises” is a mirage for crises will only increase until the fundamentals are addressed.