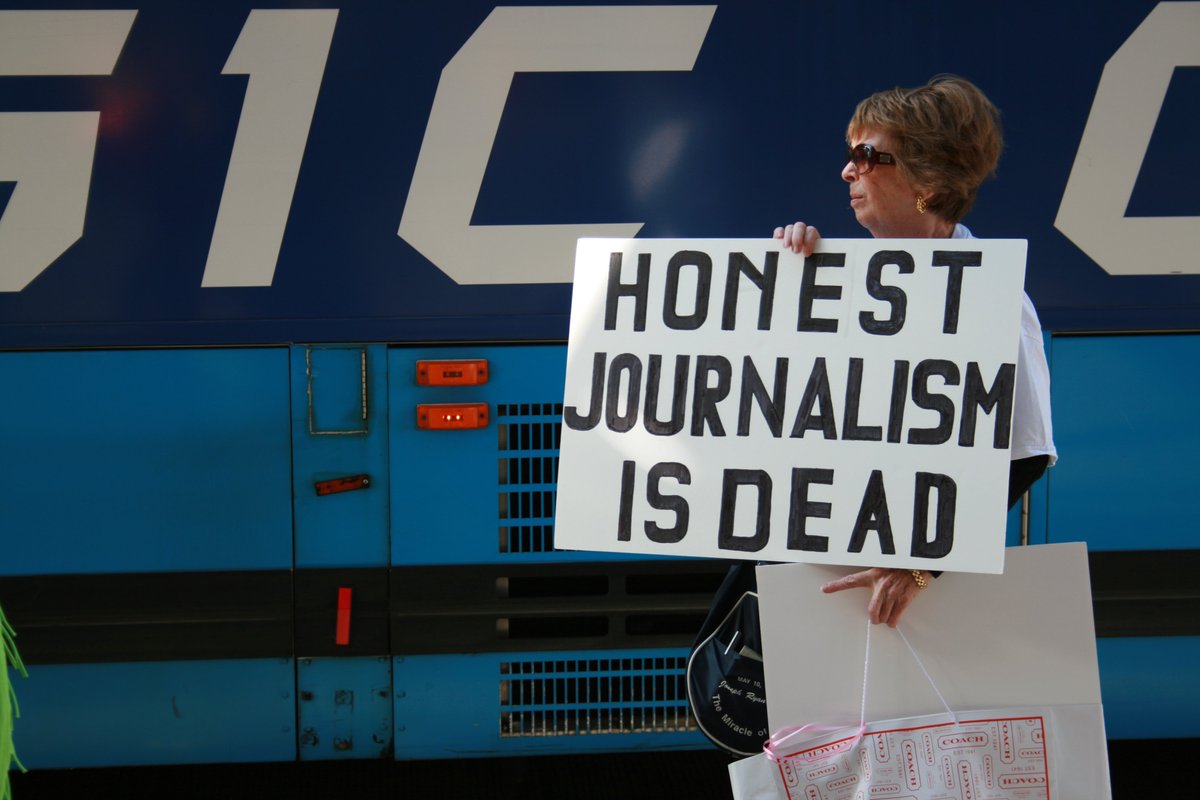 Every time there is a terror attack, there is clear and extreme reticence in the mainstream media to disclose the identity of the terrorist if the terrorist is Muslim. This abject genuflection before radical Islam has become such an obsession with the left liberal media that on the anniversary of 9/11, the New York Times tweeted that “airplanes took aim” at the Twin Towers, in a lame to whitewash the fact that the aircraft were hijacked by hate-filled Islamists trained by al-Qaeda. (1)

With their constant support to jehadi elements worldwide, media outlets such as the New York Times, Washington Post, CNN – and their little sidekicks in India such as The Hindu, First Post and the Indian Express – are playing into the hands of Islamists such as American Congresswoman Ilhan Omar who dismissed the cataclysmic events of 9/11 as “some people did something”. (2)

In India, the above mentioned sidekicks have proved themselves worthy of their mentors in the West. When India hanged the terrorist who took part in the 1993 Mumbai serial blasts that killed hundreds, the Indian Express headlined its story “And they hanged Yakub Memon”. (3)

The left liberal media’s collusion with Islamists goes against the very nature of news gathering and reporting because it is dishonest. It is also dangerous because it emboldens one side which starts believing that it can literally get away with murder and mayhem. In this backdrop, here are four rules that will help you understand the nature and causes of the media’s nexus with radical Islam.

First Law of Media Collusion: The longer it takes the media to identify the terrorists in any given attack, the higher the chances those terrorists are Muslim.

This is the default setting and the standard operating procedure of the media during terror attacks. The October 3 Paris attack in which a radicalised Muslim policeman killed four of his colleagues and seriously injured two more was marked by the reluctance of the mainstream media to disclose the identity of the perpetrator. The media’s line for many hours was that the assailant was a “civil servant”. It was only when keeping the truth under a veil was no longer possible that his identity as a Muslim convert was revealed to the public. (4)

Second Law of Media Collusion: Guilt will be deflected from Muslims and if possible pinned on any easy target – Hindu, White person or Jew ASAP.

In April 2013 when the FBI was looking for the Boston Marathon bombers, Sunil Tripathi, a missing Indian American student was erroneously believed to be a suspect because of fake news peddled by Reddit and several US media outlets. When author Taslima Nasreen (who had sought asylum in Hindu majority India to escape jehadis in her native Bangladesh) learnt about the possibility that the bomber might be a Hindu, she tweeted that she was dancing in happiness.

The day after the bombings (which were planned and carried out by two Chechen Muslim brothers), Salon columnist David Sirota wrote, “Let’s hope the Boston Marathon bomber is a white American.” He argued this would be preferable because White terrorists are perceived as “lone wolves”, and their identification does not lead to the collective blaming of groups, resulting in systemic and usually regrettable excessive responses such as wars, foreign policy shifts, crackdowns on immigration or reductions in civil liberties. (5)

In November 2008, 10 Pakistani terrorists rained the city of Mumbai, bringing India’s financial capital to a standstill for three days. Despite clear and irrefutable evidence of these terrorists being from Pakistan, Congress general secretary Digvijay Singh, Hindi filmmaker Mahesh Bhatt and some journalists attempted to tar Hindus by pinning the blame on the Rashtriya Swayamsevak Sangh (RSS). One of these journalists was Aziz Burney, the editor of the Urdu Sahara newspaper, who wrote a book titled ‘26/11 RSS Ki Saazish’ (26/11 An RSS Conspiracy).

Third Law of Media Collusion: If the terrorist or criminal is a convert from Hinduism, Christianity or Judaism, he will be identified by his former name now and forever.

On June 15, 2004, the Ahmedabad Police carried out an anti-terror operation during which they shot dead four terrorists – Ishrat Jahan Raza, Amjad Ali Rana, Zeeshan Johar and Javed Ghulam Sheikh. All of them were affiliated with the Pakistan-based Lashkar-e-Taiba and were planning to assassinate Narendra Modi, who was the Chief Minister of Gujarat at that time. Sheikh was the son of Gopinath Pillai from Kerala. Born Pranesh Pillai, he converted to Islam and changed his name in 1991 to Javed Sheikh to marry a Muslim woman called Sajida. In order to perpetuate the lie that “terror has no religion”, the media never refereed to him by his new Muslim name but continued to identify him as Pranesh Pillai.

More than a decade later, when Sheikh’s father was removed from the post of treasurer of the Nair Service Society for abusing the Hindu community, a Times of India Group newspaper described Sheikh as “Gujarat encounter victim”. (7)

Fourth Law of Media Collusion: During investigation when police are trying to ascertain the identity of a terrorist or criminal, they generally give the perpetrator a Hindu moniker. Later if it is known he is Muslim, the media will ignore the fact and continue to name him by the old Hindu name.

In the Jyoti Singh rape case of 2012, the most barbaric of the five rapists was hastily declared a juvenile because he claimed to be 17 years old although he lacked a birth certificate. The Delhi Police gave him the nickname ‘Raju’ and that was how he was known for years. It was only after Headlines Today and social media activists such as Shefali Vaidya outed him as Mohammed Afroz that his real identity became known to the public. (8)

Even six years after the crime, many left liberal rags such as First Post continued to whitewash his identity and even tried to portray the monster as an innocent and shy young man. (9)

Again, post the October 3 attack in Paris, while the mainstream media in the West was pussyfooting around the identity of the attacker, it was British journalist Katy Hopkins who was among the first to reveal the truth. She tweeted: “Paris knife attacker was a Muslim convert. Wife (Ilhan) arrested as the nature of the attack corresponded with similar ones carried out by terrorists affiliated to Islamic State and Al-Qaeda. Paris has fallen fast. The enemy is within.” (10)

People have a right to know

Terror attacks by Muslims – against both non-Muslims and truly peaceful Muslims – are on the increase globally. It is natural for people to panic when they learn of a terrorist strike. At such a vulnerable moment in their lives, when ordinary people are concerned about the safety of their children or other family members who may be in the general area, the media goes into an insidious politically correct spin by withholding crucial information from the public.

It is natural for people to want to know the identity of the terrorists. The left liberal crowd will dismiss this as Islamophobia because in their little minds they assume people are hoping the perpetrators are Muslim. But this view comes from the leftist’s own prejudices. These leftists and liberals are the ones who are praying for it to be White person or a Hindu so they can go town with the news. Taslima Nasreen and David Sirota openly and shamelessly displayed this naked bias.

Ordinary people have a right to know the political affiliation or religion of the terrorists because this crucial information allows them to take precautions that could help them protect themselves and their families. For instance, if the terrorists are identified as Islamic, people can stay away from Muslim dominated areas where copycat attackers may be scouting the neighbourhoods looking for an easy target. If the terrorists have bombed a church or temple, people can stay away from such places. Based on the information from the media they can watch out for suspicious characters who may be planning to knife random passersby. If the shooter is a White supremacist, then people may want to places frequented by rednecks.

The left’s argument that revealing the identity of terrorists could make ordinary Muslims vulnerable to retaliatory attacks is specious. Hindus, Buddhists and Westerners don’t go around beating or lynching Muslims. For instance, Americans did not attack Muslims after 19 Muslims killed nearly 3,000 New Yorkers in the coordinated 9/11 terror attacks. In fact, so assured were Americans Muslims of their own safety that they (callously and defiantly) built a mosque near the site of the Twin Towers in New York. (11)

On the other hand, the opposite is true. Ordinary Muslims around the world are easily provoked to attack non-Muslims in response to the incidents where Muslims are the victims. On March 18, 2019, Gokmen Tanis fired at commuters and killed three people at a tram station in Utrecht, The Netherlands. The Turkish refugee said he was seeking revenge for the massacre of Muslims in New Zealand just three days earlier. So essentially he was prepared to kill the people of the very country that had given him refugee status so he could start a truly peaceful life away from Yozgat, one of Turkey’s most dangerous provinces. (12)

Similarly, the slaughter of more than 300 Christians in Sri Lanka on Easter Sunday was the handiwork of wealthy Sri Lankan Muslims who declared that the coordinated church bombings were in retaliation for the New Zealand massacre.

In 1992, hours after a disputed mosque was demolished in Ayodhya, ordinary Muslims in Pakistan and Bangladesh attacked and burned Hindu temples. More than 30 temples were destroyed across Pakistan. (13) In Lahore thousands of people accompanied a bulldozer in demolishing a Hindu temple. Crowds set fire to six other temples and stormed the office of Air-India. Not only Hindu temples but a number of churches were also destroyed. (14)

At such times, the mainstream media has no reservations or fears about the safety of non-Muslims. In fact, their feeding frenzy is such that they routinely use words such as “Hindu extremists” and seem to be deliberately provoking attacks on Hindus.

It used to be that everyone’s first point of news was the mainstream media. That’s no longer the case as the left liberal media worldwide are brazenly sympathising with terrorists rather than being concerned for the victims of these jehadis. People are so fed up with the silence of the hacks they no longer listen to their mindless drivel dished out by mainstream media outlets. When unsympathetic anchors and asinine analysts try to paint a false picture of everything being under control – when clearly all hell is breaking loose – people get angry. They turn to alternate sources which provide raw news without lensing it through the prism of political correctness. Because news is news and must be broadcast without fear, favour or censorship.