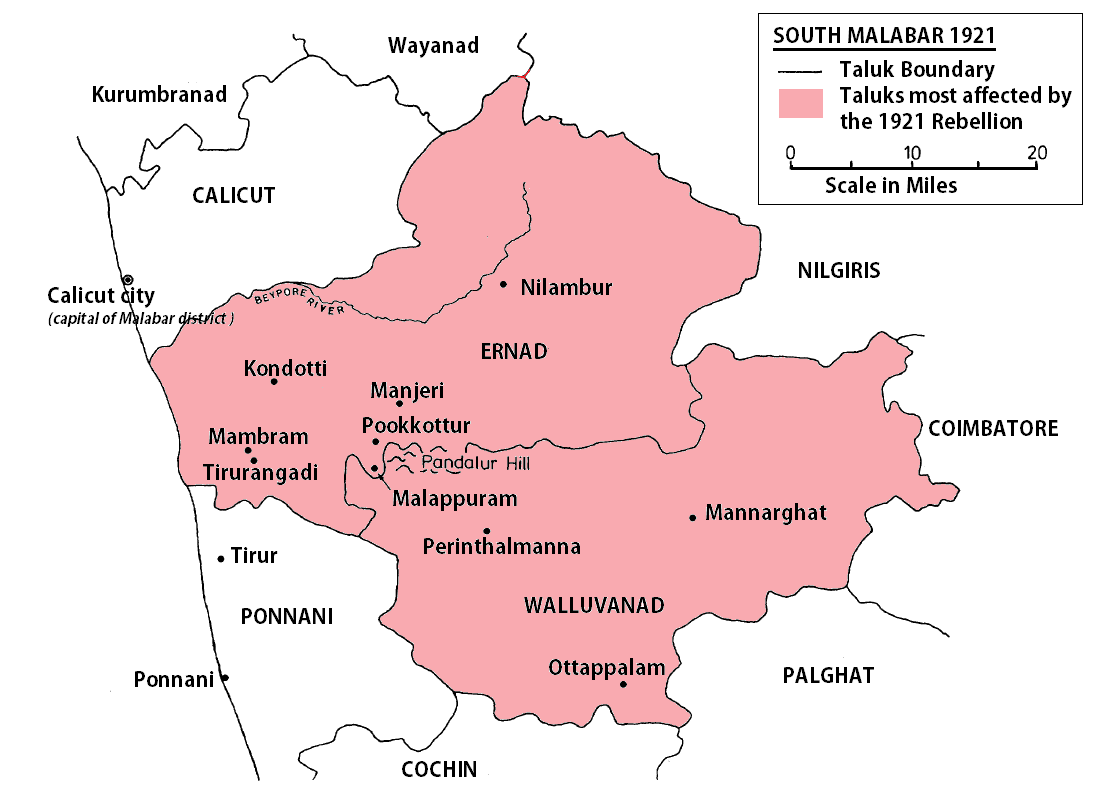 There are crimes done by an individual and then there are crimes done by whole institutions and nations. The crimes by nations are annihilative. It is a whole culture and way of life that they try to annihilate or dismantle, no pun intended. The glory that comes from destroying a whole civilization that has existed for centuries is unlike any other. The joy, the high on the faces of the Taliban is a show of that. They have destroyed so many civilizations in one go. Their joy is the joy of annihilation, of having destroyed a whole way of life, a civilization other than their own, existing for thousands of years. Those who ascribe to a god other than their, won’t exist anymore and no one needs to be convinced a hundred years from now on that the heathen and infidels existed side by side and the disbeliever couldn’t stand against them. The book of the heathens, their religion has been trampled and erased will not need any proof. This, a modern day project has taken several generations, centuries as the experts will tell you who have worked for it and will be now busy upscaling it. If it remains unfinished during one lifetime, only the motive has to be kept a secret so that the baton can be passed on to the next generation. In India it is called secularism. The secret will contain the pride that the operation was meticulous, the number of killings small, and a struggle not a communal one but a freedom struggle. The high comes from not getting caught by an enemy who wouldn’t even know. Psychologically, morally and spiritually, the unfinished task will be perfected, even digitalized and ready to be finished by later generations.

The annihilation of Hindu civilization has been one such project. Those who are at it will tell you that destroying it has been highly challenging. It’s very foundation, so unlike many African, Native Americans or others, has been rooted in a consciousness that wouldn’t get uprooted easily coming from the Vedas, the Upanishads and the Geeta. The spiritual strength and power that created such a civilization could not be destroyed by calling them sinners or disbelievers. Destroying their books, libraries and temples didn’t achieve much either. The invaders and rulers have had to slog at it for centuries trying to find a way. Destroying temples, converting people, burning libraries, everything that carried the trace, the legacy didn’t take them far. Not cost effective as management gurus will tell you. Even destroying the schools and secularizing the education, erasing the language and the power of imagination of the native didn’t hit the nail. If the native thinks he got it by ‘charkha’ and bhajans, at least it is the better of the two options. The Mughals tried the first. The British the latter. Both had one thing in common, the ability to keep the natives in silence. The Mughals passed on the secrets and the baton to the British. The British passed it on to the Congress at the stroke of midnight hour, when the world slept. The reality was otherwise. It was the Indians who slept. The world stayed awake.

The attempt to annihilate the Hindus and their civilization may count as the longest contract of its kind in history with the largest infrastructure, labor and patience. Two faiths, their countless adherents ranging from emperors whether Sikandar Shah Miri known as ‘Butshikan’ and Aurangzeb to the British prime minister who thought Indians are dogs, authors like Rudyard Kipling or Dickens to eminent professors in the present day like Audrey Truschke, authors like Arundhati Roy have given their lives for this cause. Do they deserve a book, a memorial, if not a whole museum as their number is so large to not deserve a mention? The museum of annihilators as it should be called.

But of late there is a glitch, a technical error. A new leadership, social media and a rising consciousness has created a chink in the armor. It suddenly looks like that their project might collapse. Therefore, the hurry. The project, as it was in its final stages, may collapse as the sleeping Hindu wakes up. ‘Ghate eshe nouka doobi’ as the Bengali saying goes. The boat capsizes coming almost to the shore. It crossed the midstream and could not hold any more. The investment cannot be allowed to go to waste. At stake was to destroy the oldest storehouse of spiritual wisdom and knowledge that a religion could be and is a light that Edwin Arnold said was the ‘light of Asia’. Swot analysis may not provide any answers as the answer is too simple and clear to see. The so far obedient Hindu is obedient no more, awareness seeping in through his layer of secularism. The chadar of secularism has got torn. The broken glass pane of a church by a thief is not sufficient to create an international scoop and create an outrage about the intolerant Hindu. Even the President of the USA saying it will not create a headline. The anger and the resentment must be built up from another source. It has to be hurried before he wakes up. Time is limited.

The awareness in the Hindu must be stopped. At all costs. Call him communal, call his leaders fascist, call his books and rituals regressive, his heroes as villains, his way of life pathological. Something else should work now. The effort must be asap, the need of the hour. Greta Thunberg, George Soros and Arundhati Roy — this is your time to come together. The mantle has been taken over by forty eminent universities of the western world and got together to save mankind from the scourge of Hindutva. They didn’t do so when Hitler came to power, when Stalin and Mao slaughtered millions. No ‘dismantling’ was needed then. Not even now when the Taliban is whipping young women to death for showing their nail polish or Ayatollah Khomeini declared ‘nine’ as the age of marriage for girls. After all, they hold press conferences to clear all doubts. The seriousness was never in question.

Amongst the tools at the disposal of the dismantlers, each one a hand crafted piece, none has perhaps worked as well as the one to make the offender banal in the eyes of the world. Emperors who killed thousands, roads are named after them, leaders who tell their people to not fight are declared mahatmas. A man who ordered thousands be hanged is the best emperor who got us together. After all, doesn’t that make it easy to erase the difference between calling someone a freedom fighter and a communal killer. With no witnesses left, it is only a memory without physical evidence that demands no proof. Twenty five thousand killed and an equally large number terrorized with threats of being killed is only a number, part of a mathematical sequence. If none gets up to protest, silence is the key word, the best friend of a genocidal killer that will do the job. The victims and the witnesses are dead and the perpetrators can be made freedom fighters with a little movement of the pen, more so when the future father of the nation is on your side. The formula is simple of role reversal. Perpetrators become victims and vice versa victims’ become perpetrators.

Keeping a genocide a secret is not so difficult as the descendants of the perpetrators will tell you. It is something that the scholars at the ‘dismantling Hindutva conference’ may even discuss in the plenary session. Lying, hiding and deception – three pillars of wisdom amongst the seven, the other being added from here and there from liberal dictionaries. The method of how to keep a mass of people, sorry robots, who will look at it as banal will do.

The Germans did it. So did the Belgians, the French and the Spanish. So did the British, the late entrants as always. They had to make do with one difference, compromise if one may use the euphemism. They did it with a group of natives otherwise called Congress who would carry on their or even the Mughal legacy as without a blemish for the freed Indians, not the original version but a revised copy. Easy to understand why. One genocide is linked to another. Awareness of one is catastrophic for hiding another. A set of rules for people who haven’t asked any questions for a long time and who would not ask for the next seventy years. Words like ‘ahimsa’ and ‘tolerance’ and ‘secularism’ filling in the gaps. The truth not revealed remains banal. Who says that the Chinese invented the most cunning of brainwashing techniques? In sheer numbers and magnitude, they are no match. Who will then question who in India is a freedom fighter and who is not? Bina Das was given the ‘Padmashree’ for social work even though she fired at the governor of Bengal. Role change and identity done cleverly without a murmur. Raw courage and patriotism are replaced without an eyebrow being raised. Whether you were whipped to death in the Cellular Jail or sang bhajans and spun a charkha or wrote the discovery’, all have the same value. All were freedom fighters to the core who caused the mighty English to leave and run away leaving an entire country, lock stock and barrel. Question it and you become communal. Hannah Arendt called it the ‘banality of evil’. The state historians of India would call it the ‘banality of secularism’.

So, is that why the erasing of the names of the Moplah freedom fighters from the government registrar became such an issue? No one knows who they fired at? If they did, they fired at a British officer like Bhagat Singh or Pritilata Waddedar, they would be part of a folklore and common knowledge for all. Firing at the British took courage and became instant news. The British gave it wide publicity to punish the natives so they never do it again. As Sherlock Holmes would say ‘were they revolutionaries after all’?

I believe there may be another issue. That is when a community, a people, finally begin to awaken from slumber, what they have accepted unhesitatingly, there arises a giant storm. A storm of questions and doubts that cannot be stopped. As an ordinary Indian, I too wonder and ask if number of Hindus killed was so high, twenty five thousand and when the number of Britishers and others so low, how does it become a freedom struggle and not a genocide? Those who created it owe us an answer.

As the saying goes, the journey of a thousand miles begins with a single step. In erasing the names from the registrar of freedom fighters, we may have unknowingly taken the first step.

Rajat Mitra is a psychologist, a speaker and the author of ‘The Infidel Next Door’. He can be reached through his website www.rajatmitra.co.in