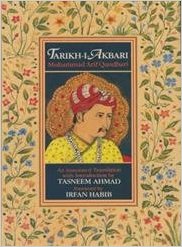 “Well, in 1992, when I was president of Indian Council of Historical Research, the 450th birth anniversary of Akbar was being observed. BJP and RSS had opposed these celebrations. LK Advani and others said Akbar was a Pakistani, among other things, and he should not be celebrated. In textbooks under NDA, Akbar was not praised, Mughal architecture was not praised.”

These are words of Prof Irfan Habib when asked about the communal occurrences of the BJP Government, against the backdrop of the renaming the Aurangzeb Road. Since the historian is so fond of Akbar and so fondly remembers the emperor’s 450th birth anniversary celebrations, one would imagine that he, as the then president of ICHR, would have done everything in his power to ensure that the glory of Akbar remains intact and that anyone interested in Akbar would get all the authentic information he/she wants on the emperor from India’s premier research body – the ICHR!

However the reality is far from this. The premier body, hijacked by Leftists and bled it of financial resources ensured that these celebrations will forever be a blot. Why? Because, on this occasion a “plagiarized” translated book, the Tarikh-i-Akbari, was released by Dr Tasneem Ahmed and the foreword for this was written by none other than Prof Irfan Habib. In one stroke, the historian Dr Parmatma Saran who did all the hard work, was relegated to the sidelines and in his place, these two historians took all the glory!

Now, imagine the ruckus this scenario would have created if it was a right wing scholar who had done this! In fact, the recent Rajiv Malhotra episode shows very clearly how biased the liberal media is when it came to dealing with the research of this Hindu scholar.  So much so that Sagarika Ghose even claimed that India’s right wing has failed to create intellectuals of global repute.

Just to recap everyone’s memories I have noted here in brief the episode that respected Arun Shourie has described so wonderfully in his book Eminent Historians. All the instances below are taken from his book. Could information please be compiled separately for manuscripts which have been “lost” and those which have “not been sent to the Press for certain reasons?”

Since when has the ICHR ‘initiated action to ascertain whether any manuscript been lost or appropriated otherwise’? What is the current status of this so-called action? In particular, is it a fact that the manuscript submitted by one of the most distinguished medieval Indian historians, Dr P Saran has been ‘missing’? Is it a fact that an inquiry has been instituted to ascertain whether this very manuscript has been purloined by a staff member and printed under his name?”

The Ministry’s reply in two letters

The first letter stated that details in this regard were being collected. The second letter of the same day stated, “As regards missing manuscripts, the Council has stated that to the best of their knowledge no manuscript is missing.”

About the specific manuscript to which Mr Shourie had drawn their attention (that of Dr. Parmatma Saran), the note accompanying one letter said, “The Council has been requested to furnish details in this regard.”

The note accompanying the second letter of the same day said, “As regards Dr. Parmatma Saran’s manuscript entitled ‘Tarikh-i-Akbari’ (English translation) does not appear to have been received in the Council. However, an extensive search is on to trace it in the archives.“

However, the truth was in the ICHR records itself. The Annual Report of the Council for 1976-1977 on pages 10 and 11 had listed the “English translation of Arif Qandhari’s Tarikh-i-Akbari by Dr Parmatma Saran” as being among the volumes which “have already been completed and received in the Council.”

After Dr. Saran death, his son-in-law wrote to the Council in 1995 saying, “As we understand, this project of my father-in-law was to be later published by the ICHR. We are not aware if this has indeed been done by the ICHR although nearly 20 years have elapsed since the translation was completed, but we have been extremely disturbed to hear stories to the effect that not only has someone else published the translation as his own work, but that this has been done by a member of the staff of the ICHR…”

Heads of the Publications Section, of the Grants-in-Aid Section, and of the Medieval Unit were asked what had happened to the manuscript.

The Grants-in-Aid Section had confirmed that the manuscript had been received.

The Publications Section said the manuscript had never been forwarded to it.

That left the Section which was in a sense responsible for overseeing the project — the Medieval Unit. The Deputy Director in charge of this unit said that the manuscript was not traceable in his unit.

And who was the deputy director ICHR’s Medieval Unit?  Dr Tasneem Ahmed – the very man who obtained a PhD from Rajasthan University in 1992 by submitting “an annotated English translation of Arif Qandhari’s Tarikh-i-Akbari”and published the book in his name!

A thorough search initiated by the ICHR yielded sixty two pages of the manuscript in another file — with corrections in the late Dr. Saran’s own handwriting! And the manuscript written 20 years earlier was an exact verbatim prelude to the book which Tasneem Ahmed published as his own.

The Foreword by Prof Habib

“The publication of Dr. Tasneem Ahmad’s translation is a notable contribution to the National celebration of the 450th Anniversary of Akbar’s birth. I feel confident that it would reinforce the interest in Akbar’s age widespread among those who have a care for the long process of the creation of a composite culture and a unity that together constitute what is India.”

“I express my profound sense of gratitude, very personal regards and respects to Professor Irfan Habib, who encouraged and guided me at every stage of the work. In spite of his very pressing engagements and pre-occupation, he ungrudgingly spared his valuable time to examine with care every intricate problem, arising out [sic.] during the course of work… My debt to my revered teacher,” writes Tasneem Ahmad, “Professor Satish Chandra is incalculable. He took great pains in reading and correcting the work and his considered suggestions have paid me rich dividend.”

Do you see the mention of Dr Saran anywhere in this?  Are we to believe that the guidance, corrections and encouragement of these historians was in abetting the cause of plagiarism that was done so blatantly? So brazen and blatant that a copy of this book was even presented to the then President of India, Dr. Shankar Dayal Sharma.

So much for honouring a so-called great emperor! If the ICHR and Prof Habib had appropriately honoured the scholar Dr Saran instead, maybe their lament on renaming the Aurangzeb Road as APJ Abdul Kalam Road would not sound so hollow.