Do The Hindus Have 33 Crore Gods? 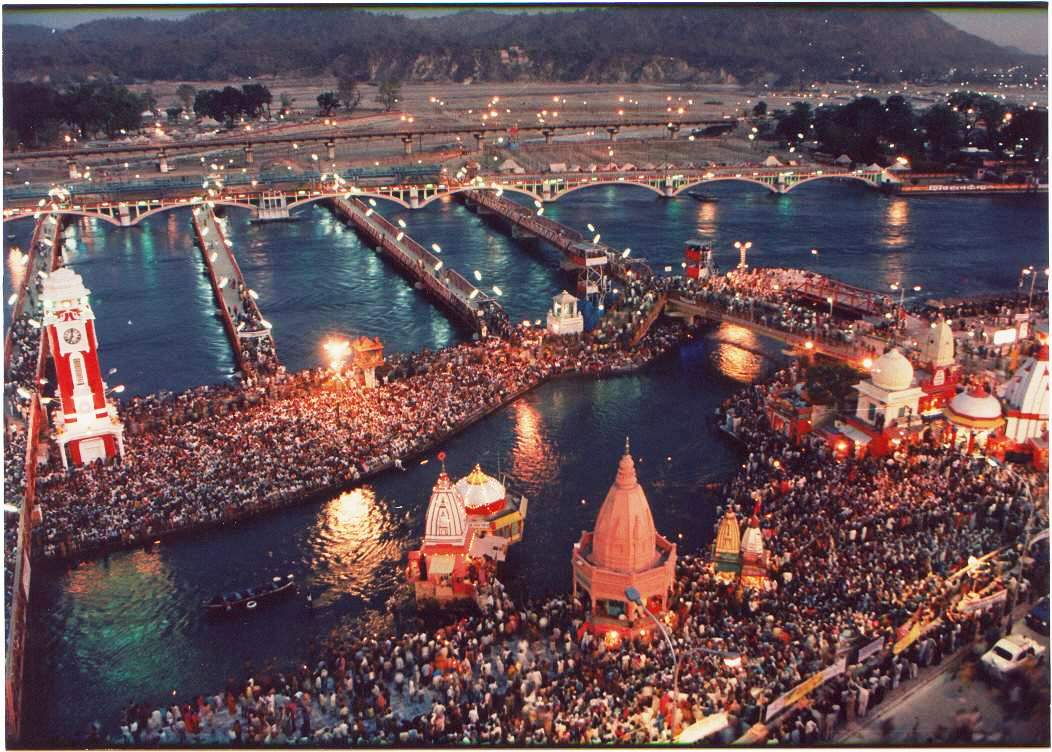 Quite often we discuss among ourselves, with a slight tone of self-mockery, that we Hindus have thirty-three crore (330 million) gods. We think we have such a surfeit of gods that we do not mind accepting anything and everything. This opinion is shared by several scholars and writers. Who are all these gods?

Let us try to figure out. We can list out all the names we know – Vishnu, Shiva, Surya, Venkateswara, etc, etc. We may associate our friends from all parts of the country, count all the local deities and we may come to a figure which may be in thousands. What, in fact, is the truth?

Vedanta categorically states that the Supreme Reality is the infinitely pervading consciousness. It is not a personal god whom we see in religion. It is not denoted as ‘he’ or ‘she’ but as ‘It’, an impersonal entity. The name given to this impersonal entity is Brahman. The creative power which is associated with this Brahman is called as prakriti or maaya. In order to facilitate our understanding Vedanta compares this entity to an ocean. An ocean is a huge mass of water. When a huge wave emerges from it, we distinguish it from the ocean and call it a wave. Similarly in the ocean of consciousness the creative power creates a notion of ‘I’ or ‘self’. This first appearance of ego is given a name – Hiranyagarbha. The Upanishads say that this is the source of all creation. The Taittiriya Upanishad gives a graphic description of such creation. The space emerged first, it says. From the space came air. From air the fire emerged. The fire became fluid and later it became a hard mass called earth. The whole plant kingdom originated from earth and became food for all beings. The purpose of this narration, we are told, is to say that there is nothing apart from Brahman and what all we see is a manifestation in Brahman.

This idea pervades the whole philosophy of Upanishads. The greatest spiritual exercise is to see that the seeker is an integral part of the organic whole which is the universe. Our sense organs and mind have evolved from the five elements – earth, water, fire, air and space. The flesh, blood and bones too are derived from the five elements.  In short, the microcosm is not different from the macrocosm. The enlightened person achieves a vision of oneness in which he sees one with every other being in the universe and loves all beings unconditionally.

This being so, who are the thirty-three crore gods? There is a chapter in the Brihadaranyaka Upanishad dealing with this question. There used to be philosophical debates in the courts of kings in olden days. Several wise men and women used to gather, debate and sometimes argue about the nature of things. One such debate is between the questioner named Sakalya and Yajnavalkya, who probably was the greatest philosopher of that time. Sakalya questions – ‘how many are the gods?’. Yajnavalkya says – ‘three-thousand-three-hundred and six’. What a precise number? Sakalya puts the same question again. This time Yajnavalkya says – thirty-three gods. On further questioning, Yajnavalkya says that they are six, and then three and then two and then one and a half and finally one. This indeed is a strange reply and hence Sakalya demands explanation.

Yajnavalkya says that in fact there are only thirty-three gods. They are the eight Vasus, the eleven Rudras, the twelve Adityas plus Indra and Prajapati. All put together it comes to thirty-three. The three-thousand-three-hundred and six are merely different manifestations of the same 33 types of deities. The Upanishad explains the nature of the above types.

The human being sees birth and death every day. The texts call it creation, sustenance and dissolution. It means that from the man’s point of view there are certain factors in the cosmos which help him grow, some which make him feel unhappy and some others which are associated with his karma and the fruit of that karma, leading to ultimate dissolution. Those eight factors in the universe which nourish him and help him grow are the Vasus (the Sanskrit root ‘vas’ means ‘to live’). Those eleven factors which make him unhappy and cry are the Rudras (the Sanskrit root ‘rudir’ means ‘to cry’). Those twelve factors which are associated with a person’s karma and its fruits and gradually take away his life span are the Adityas (from the Sanskrit root ‘aadaana’ which means ‘to take away’). We need not go into the details of these factors, which are described in detail in the above text.

Gods of the above three types added up to thirty-one. The remaining two are Indra, symbolizing valour and Prajapati, symbolizing yajna. Thus we have the number thirty-three.

What about the word ‘crore’? The Sanskrit word for crore is ‘koti’. This word has several meanings such as the curved end of a bow, the edge or point in general, the point of a weapon, the peak of a hill, a category or class (used in expressions like jiva koti, prani koti etc.,), ten million and so on. In the present context it is used to mean a category or class of deities. The thirty-three (koti) types of deities manifest in several forms. The wind or fire manifest sometimes as a helpful agency and sometimes as a harmful agency. The three-thousand-three-hundred and six are but different forms of the same thirty-three deities.

From a different point of view, Yajnavalkya explains, the thirty-three can be reduced and seen as six. In other words, the thirty-three are included in these six. On further reduction, these six can be seen as three. This is from the point of view of deities connected with bhūḥ (earth), bhuvaḥ (the intermediate space) and suvaḥ (heaven). “The earth and the fire taken together make one god, the sky and air make another and heaven and the sun make a third” (Swami Madhavananda tr. p: 373).

From yet another point of view the deities are only two (of two types). The whole universe can be classified as the prāṇa (vital force) and the matter (food) consumed by the vital force. On further reduction it is one and a half because it is the air which moves along and enlivens all that is covering. Finally, the one is the Hiranyagarbha, the first manifestation in the Supreme Consciousness. Thus all these names and forms, seen as thirty-three or more are merely different forms of the same Hiranyagarbha.

Curiously and mercifully we do not find the names such as Vishnu, Indra, Shiva, Ganesa and so on. Otherwise, there would have been a clamour among the devotees. The Vedic vision was not to count the different gods but to see different cosmic functions as due to one entity.

Surprisingly we find some of the teachers postulating that the thirty-three crore deities are located in the body of a cow. This is not the Vedic vision but the vision of someone who has authored a story in a purana (mythology). In fact the nourishing aspects, the troubling aspects and the depleting aspects are found in all beings including you and me and not only in the cow. You and I have the thirty-three deities as per the Vedic vision. We are a part and parcel of the macrocosm from a gross point of view, but on more subtle enquiry, we are not different from Brahman, says Vedanta.

The author is the former DGP of Andhra Pradesh and is a practitioner and teacher of Vedanta.