False equivalence to hide self loathing by Ram Guha 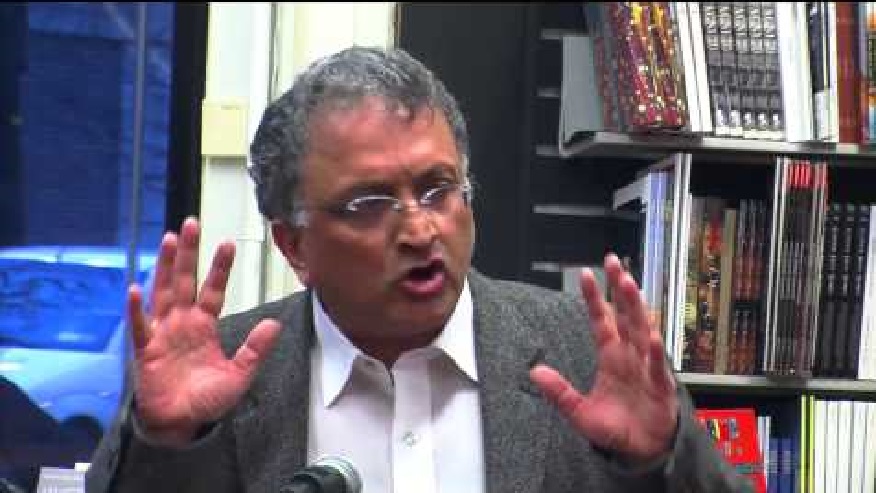 I had a colleague once who hailed from a small village and whose father was an average farmer. The father worked hard to put his son through school and good engineering college. The son got a good job and like many others went to US. He got married to a girl from a wealthy family of an industrialist. I was invited by my colleague one day to the naming ceremony of his son where he proudly introduced me to his father in law and wife and mother in law and we spent the next hour talking about the business.

I assumed his father was not well and enquired about his health. In response, he pointed to his father, who was sitting alone in a chair in the huge garden, without bothering to introduce me to him.

The incident got buried in my mind and I had forgotten all about it, till I read Ramchandra Guha’s article recently in HT, desperately trying to draw an equivalence between Islamism and Hindutva, and trying to force fit two very different narratives.

My friend is better than Ram Guha. He was clearly ashamed of his parents and was trying hard to ingratiate himself to the wealthy family he had married into, but he did not say anything to discredit his parents. It was clear though that he was trying to distance himself from them as much as possible.

It is not possible to cut yourselves off from your roots, for you may die, just as a tree would if you cut it off from its roots.

Ram Guha has spent decades trying to ingratiate himself with a deracinated class of elite who can see no good in the glorious tradition of India and Hindutva. They find their redemption in criticizing everything Indian and ancient and lapping up everything western.

It was easy for them all these decades to constantly deride RSS and Hindutva for the state patronage was in their favor and the alternate view was suppressed by the English language media.

With social media challenging the narrative, and a BJP government in power, the older equations are being upset and that has rattled Ram Guha like it has all other pseudo intellectuals, many of them “Eminent Historians” whom Arun Shourie has written about so beautifully in his book.

In his article in HT, Guha essentially tries to draw a false equivalence between Islamism and Hindutva and seeks to raise the bogey of RSS patriarchy and bigotry and says it is an affront to constitution. He quotes the opinion of a French novelist and opinion of a couple of other individuals and shares a few points from his side. In terms of facts what he shares is but a few anecdotes and a speech which Narendra Modi is said to have made a few years back.

Take Hindutva first – while the article talks about RSS and BJP and Modi, it is cleverly titled as parallels between Hindutva and Islamism.

Much as I like BJP and RSS, Hinduism and Hindutva is a glorious tradition which dates backs thousands if not lakhs of years. A RSS born less than 80 years back or a BJP born a few decades ago is one of the symbols and maybe in some way representative of Hinduism. It is foolish to equate what BJP or RSS say or do with Hindutva or Hinduism and link their actions to drawing parallels between Hindutva and Islamism.

It is clear that Hinduism has never attempted to draw people to itself through either force or guile. It has been a religion and path which advocates countless roads to the divinity, which is the only worthy goal of a human being and never claims “sole rights” to the god as some other religions do.

So much as Guha may want his readers to believe, Hinduism can in no way be equated with any other religion which claims itself as sole pathway to the only God who will send the rest of believers of other paths to hell or damnation.

Now come to RSS. RSS was set up by Hedgewar in 1926 with a simple goal. It was to unite Hindus under one umbrella. Hedgewar, a fierce patriot was associated with revolutionaries, had been part of underground, and was also a member of Congress. He deeply thought and deliberated over the question of India’s enslavement and came to the conclusion that independence from British could not be the ultimate goal as India had been enslaved by many many invaders with British only being the last of them.

He realized that Hindus suffer from a lack of self-esteem and lack of unity and till they are united and take pride in their heritage, they will always be subject to a threat of foreign invasion so he focused on building an organization which was dedicated to building a strong India, starting with unity of Hindus.

It was a worthy goal and not to be criticized or ashamed of.

Of course I would love to live in an ideal world where there are no barriers of caste, creed, religion, nationalities, there are no passports and no visas and all the world is one great family. “Vasudhaiv Kutumbakam” as they say in Hindu tradition.  I know a few spiritual organizations who are working hard towards that goal.

However, in the real world of today, people find comfort and solace in their identities and roots and form organizations and groups around these identities. So we have countless organizations which champion castes, communities and religions, each of them trying to look after well-being of those who belong to that group.

If the goal to have an organization which unites Hindus under an umbrella is unconstitutional, then all those organizations in Hindu, Islam, Sikh, Jainism, Christian religions which organize people in various groups and sub groups are unconstitutional.

As regards his views about patriarchy and bigotry, I am reminded of a quote by Plato – ‘The youths of today have no respect for their elders, they have no discipline.”

Elders have always criticized younger generation (sometimes rightfully) and that is not going to change.

One cannot judge an organization and its character by a few statements at few occasions. The appropriate measure of an organization is the proof of the work it has done in society and the positive or negative effects it generates in the larger society.

On both counts, the nation will judge RSS and it is wise enough to dump it if their philosophy or ethos are against the well-being of the nation.  RSS and its organizations have grown from strength to strength because of their positive and constructive work inspite of adversarial governments and negative propaganda in media.

Guha also talks about RSS and BJP focusing on education as if it is a crime. This especially is hilarious coming from a left liberal historian who is part of an elite which ensured a stranglehold on entire educational establishment and curriculum and continues to do so even after the change of government.

In fact the UPA government had approved a course for class XIth and XIIth which details out the advances in ancient Indian systems in medicine, astronomy, metallurgy and so on. This was by UPA 2  and the creators of this course are aghast that the RSS backed government is not taking steps to introduce this already approved course into CBSE curriculum.

It is clear that Guha’s article is less about Islamism or about Hindutva or about RSS but more about himself.

It is a cry from Ramchandra Guha, of being increasingly feeling irrelevant, of not being heard, of losing the connection to power. When in acute pain, a person moans in his mother tongue.

For Guha, the mother tongue is self-loathing and criticism of Hindutva.

Unfortunately, he is not alone. Fortunately, Hindutva is too grand to be threatened by rantings of a pretentious intellectual like him.