2019 and beyond: Narendra Modi has laid the foundations for a long-term BJP Government 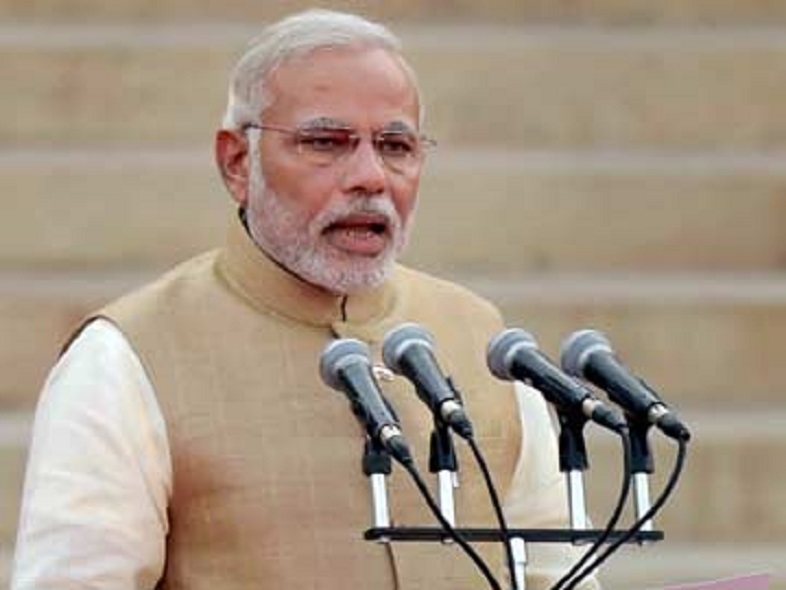 Everyone has their opinions on how the Narendra Modi government has performed in this past one year. Or not performed. However, my reading of the Modi government’s performance over this one year is straight from the horse’s mouth: based on the speeches Narendra Modi gave before he became the PM and what he is currently doing in the direction.

Antyodaya – Nobody to be left behind

Before we proceed further, we need to revisit the day Modi was elected as the BJP Parliamentary Party leader and the speech he gave on 20 May 2014. He said, emphatically, “Hamaarisarkaargaribonka Sarkar hai.” (Our Government is the Government of the poor).

Narendra Modi is going to address a rally this year, on 25 May 2015 at the birthplace of Pandit DeenDayalUpadhyaya whose Antyodaya is the guiding principle for the BJP and Narendra Modi.All the schemes that have been launched by the Modi government so far are for those people who have been left behind in the last 68 years.

During his election campaigning,Narendra Modi used the word “Ashta Lakshmi” regularly in relation to the north eastern states.

The media did indeed cover the frequent visits by the PM, and cabinet ministers to the North East over the past year. This infographic shows some of the infrastructural works that are being undertaken in the North East.

Narendra Modi has spoken about the imbalanced growth and the growth disparities between the western and eastern states of India, in spite of eastern states holding massive natural resources. Narendra Modi’s government made a massive move on that front via three steps. Two are mentioned here and the third, later in this piece.

Narendra Modi is the only politician and leader who has become the Prime Minister after a long stint as the Chief Minister of a state. And he understands the pain of state Chief Ministers.

When the 14th Finance commission has given a recommendation to increase the allocations of central funds to states from 32 per cent to 42 per cent, the government had the option of not accepting and maintaining the status quo, but in the spirit and understanding that states know what is good for their people,the recommendation was accepted intoto.

It is up to the states to decide on how the additional funds have to be utilized. The Railway Ministry and the Civil Aviation Ministry are moving towards forming SPVs with states to take care of their development needs. It is now up to the state governments to see how best they can maximize the benefits from this devolution.

There have been many questions regardingthe Narendra Modi government’s focus on Swachh Bharat. To understand why the emphasis, do watch this four minute video of Dr. B.M Hegde, Former Vice -Chancellor of Manipal University who met Narendra Modi when he was the Gujarat CM and spoke about health and the importance of cleanliness.

Over and above the impact on health, it would make us proud about our surroundings, which in turn would lead to a cleaner and better environment and lead to a massive explosion of domestic and international tourist inflow.

Why the focus on Tourism?

Narendra Modi understands the importance of tourism and the impact it would have on the local economy and job creation.Setting up of factories and the fruits of infrastructure development through FDI would come with a lag. However, tourism is immediate FDI into the country.

Steps like Swachh Bharat and eTravel Visas for citizens of 150 countries by 31 Mar 2016 are steps in that direction.

Cranking up of Delivery Systems in the first year itself

Narendra Modi and the BJP do understand the importance to cut leakages in subsidies so that the benefits reach the right people without any slippage or pilferage. Every scheme that has been launched with a Mission-critical Mode with an eye to cut leakages in the next four years. With bank accounts, the subsidies and benefits will start reaching the beneficiaries directly.

Both Narendra Modi and BJP know it is important to win the 2019 elections so that the foundation laid will help in their ultimate goal – Bharat as Vishwa Guru.

The 10 Crore BJP members, NRI outreach, 15 Crore new members with bank accounts, 12.5 Crore LPG families and so on. The next four years will see an interaction from the party with the members and government with direct benefits transfer.

The following graphs of Sensex – Daily(25 May), Past six months, Past year and past 15 years tell a revealing story.

A significant clue to understand what exactly Modi is doing is in getting out of the rut of daily news cycles outrages, and random social media interactions.When we do that, it becomes clear that the present Government under Narendra Modi has set the foundation directionally for a long-term BJP Government by relentlessly focusing on India’s development.

Postscript: As a person who quit a corporate career for two years to campaign for Narendra Modi’s victory in 2014, I am always asked – “Will you do it again for 2019? My answer has always been: Yes, without batting an eyelid.”

The author is a technology and management professional, news junkie, and data guru.