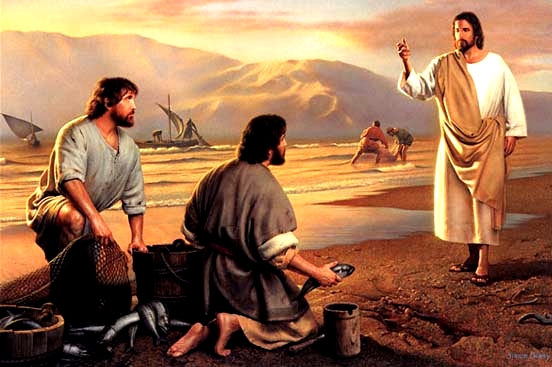 Normally, several well-known or otherwise Hindu gurus make some common claims about Jesus which typically go along these lines::

1. The most significant aspect of Jesus’ teaching was “living without prejudice, without seeing who is yours and who is not yours.”

2. His teachings have brought “much sacrifice, piety and love to the world, but the crux of his teaching is, “The Kingdom of God is within you.””

Now such Hindu gurus also disclaim that they are referring to a historical Jesus but to the alleged potential for the highest form of self-realization one has within. Therefore, let us set aside the question of historicity of Jesus and instead focus on the Jesus of the Bible since that book is presumably the source from where these Hindu gurus glean information about Jesus. I will show that such claims are factually incorrect and betray ignorance of Christian teachings.

Jesus was a thorough racist who was prejudiced against anyone that was not a Jew. The Bible (Matthew 15:21-28 and Mark 7:24-30) narrates a chilling episode. Jesus was a faith-healer. A Gentile (non-Jew) woman once begged him to cast away the demon that had possessed her daughter. Needless to say, demons do not exist and faith-healing is an act of fraud. These verses reveal that Jesus the faith-healer was no less a charlatan than today’s evangelical faith-healers such as Benny Hinn or Pope Francis that prey on the fear and ignorance of the gullible.

These verses also reveal the racist and prejudicial side of Jesus. He cold-heartedly told the woman that only the Jews were his children and that the Gentiles were dogs. He wouldn’t heal a dog. The desperate woman accepted her unexpectedly bestowed upon canine status and knelt down in front of Jesus in abject submission. She pleaded that he show the dog mercy. Only then Jesus relented. It would be extremely hard to find another religious figure that displayed such racism and prejudice as Jesus did toward a woman and her child in distress.

[pullquote]Jesus told that only the Jews were his children and that the Gentiles were dogs. [/pullquote]

These examples should make it clear to any reader that Jesus was a highly prejudiced racist and misogynist. Some Hindu gurus strangely, interpret these as teachings that call for “living without prejudice, without seeing who is yours and who is not yours.”

Leo Tolstoy disliked core Christian teachings. However, instead of rejecting Christianity, he disingenuously exculpated it by selectively portraying the Sermon on the Mount as the epitome of the Christian message. As Bart Ehrman has shown (Jesus Interrupted: Revealing the Hidden Contradictions in the Bible, pp. 77-78), not only is the Sermon on the Mount a very late interpolation into the Bible but its message is not one of inward perfection as in the Yoga. Its message is apocalyptic; Jesus expected the end of the world to happen very soon. The verse actually means that the coming Kingdom of God is there and present among the Jewish Christians that were his contemporary followers. In this racist teaching, Gentiles are excluded from that kingdom. However, Tolstoy preferred to rather indulge in a sleight of hand than honestly interpret the verse.

The result was a dishonest book, The Kingdom of God is Within You, in which Tolstoy gave the apocalyptic Jesus a complete botox-like makeover and transformed him into a contemplative teacher who sought perfection within as a Hindu yogi does. Many unthinking Hindus, starting with Mahatma Gandhi, have popularized this propagandist story without realizing that it serves to disarm and proselytize unsuspecting  Hindus. In the article, Jesus Christ and the Impending Genocide, I have shown that the apocalypse entails the genocide of billions of non-Christians.. Is it too hard for Hindu gurus to comprehend that an anticipation of a violent, genocidal apocalypse as the end goal of religion is the very opposite of the peaceful inward perfection that characterizes yoga?

Lest one should think that Christian violence is merely fantastic and limited to prophesies, it is worth remembering that Christianity has been responsible for numerous genocides throughout history. In recent decades, the virtually complete annihilation of the Tutsi in Rwanda was the direct result of the hatred sowed and nurtured by the Church. In the words of Timothy Longman (Christianity and Genocide in Rwanda, p. 3), “People came to mass each day to pray. Then they went out to kill.”

Omer Bartov and Phyllis Mack show (In God’s Name: Genocide and Religion in the Twentieth Century), Christianity has been culpable of many a genocide in the 20th century alone, most prominently the Holocaust of six million Jews. Nazis derived their anti-Semitism directly from the Bible. They subsidized the works of the demagogue Martin Luther and were inspired by the anti-Semitism that was inseparable from the Catholic and Protestant teachings. In the same anthology, Doris Bergen (Between God and Hitler: German Military Chaplains and the Crime of the Third Reich, pp. 123-134) shows that Christian chaplains rationalized the Holocaust.

[pullquote]Leo Tolstoy disliked core Christian teachings. However, instead of rejecting Christianity, he disingenuously exculpated it by selectively portraying the Sermon on the Mount as the epitome of the Christian message.[/pullquote]

It is hard to fathom how Hindu gurus could interpret this history of religiously-inspired carnage and genocide as the ushering in of “love to the world.” It is best for these gurus to take such violent injunctions in Christian scripture at face value and not interpret them using Hindu lenses.

The ignorance of the colonized Hindu mind

Even a cursory knowledge of the Bible and Christian history would enable Hindu gurus to correct such deeply flawed opinions of Jesus. However, I would argue that the ignorance displayed in some cases is willful and representative of a behavioral pattern prevalent among the Hindus. Not only Hindu gurus but numerous Hindu religious leaders, activists, and intellectuals are guilty of fabricating this fantastic imagery of Jesus and propagating it.

In many popular books, some Hindu intellectuals assume the dual role of the Holy Ghost and the Holy Virgin, and miraculously give birth to an imaginary Jesus, endow him with dharmic attributes, and put him on a pedestal and some even announce that the Emperor Constantine seized “the dharmic message of Jesus and turned it into a political weapon.” Of course, this is a fantastic claim because there is nothing dharmic about racist teachings that foretell genocide. Bart Ehrman has resolutely shown (Truth and Fiction in the Da Vinci Code) that Constantine neither knew much about Christian teachings nor modified anything. Such claims merely represent a Hindu tendency to exculpate Jesus by scapegoating someone else for the horrible Christian teachings. It needs to be repeated that the final aim and the core teachings of Christianity is to devour non-Christian faiths using every means, fair and foul including genocide.

Why then do influential Hindus continually attempt to portray Jesus as dharmic and cast him in the image of a Hindu yogi in defiance of well-established facts? The reasons are two-fold:

As a result of two centuries of Christian colonial rule, most urbanized Hindus have been sumptuously fed a sanitized image of Jesus and Christianity. Their colonized minds have yet to acquire a reasonable worldview and enlightenment. They often resort to censorship to silence an informed opinion that presents the inconvenient truth. This creates a self-serving mechanism that propagates absurd fantasies.Such minds rejoice in the deluded belief that Jesus was a yogi.

I have not named Hindu gurus because I generally desist from criticizing Hindu religious leaders and organizations. I am appreciative of the good work these Hindu gurus are doing otherwise. The criticism I have leveled in this article are limited to their opinion of Jesus. I honestly believe that such criticism is necessary because many Hindu gurus express variants of this ignorant opinion of Jesus. I hope this article would help such gurus self-correct. The same reason is applicable to Hindu intellectuals, as well.

Hindu tradition has countless examples of sages who have attained inner perfection. If a Hindu guru or intellectual wants to discuss inner quest, he could easily invoke one such example from Hindu lore and/or history. Jesus was not an embodiment of wisdom or inner quest by any stretch of imagination. Hindu gurus and leaders should either form their opinion of Jesus based on reason and rigorous scholarship or entirely ignore invoking his example as he is irrelevant to dharma except as a threat.