A Dangerous Precedent of Judicial Discretion 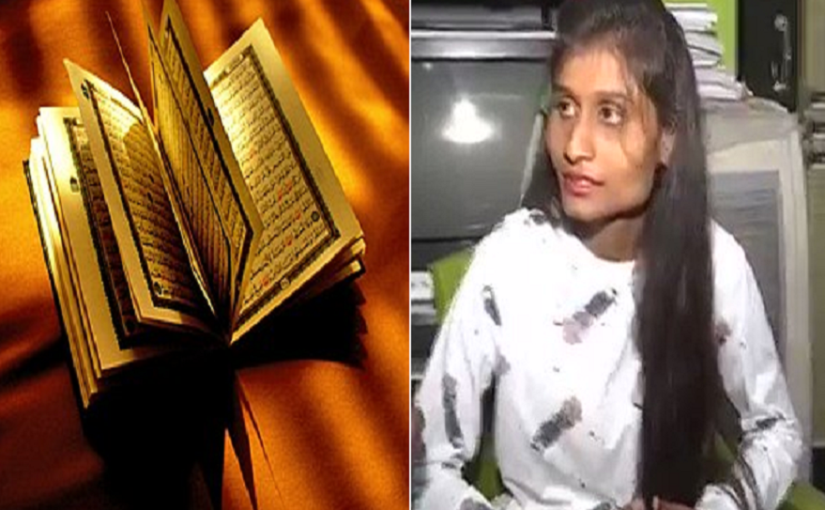 “…Discretion of a judge is said to be the law of tyrants; it is always unknown; it is different in different men; it is casual and depends upon constitution, temper, and passion. In the best, it is oftentimes caprice; in the worst, it is every vice, folly, and passion, to which human nature is liable”. – Lord Camden

Judicial discretion is always considered as a bad precedent in the eyes of Law. The more they exercise it, the greater would be the possibility of abuse of power. In short, judicial discretion breaks the very scale of standards on which justice beholds its sanctity. What happened in Ranchi district court on July 14, 2019 is the textbook reference to demonstrates the livability of the words of Lord Camden in letter and spirit; where a girl was forced to bear the bars of judicial custody, for 2 long days, for a supposedly objectionable post against the Muslim community and ordered to distribute copies of Quran at Islamic madrasas as a pre-condition for bail. Beyond any shadow of doubt such outlandish court orders left no stone unturned to erode the faith of common masses in Indian judicial system.

In India, the common public perception about lower judiciary is already struggling for its repute and credibility; rampant corruption, lethargy in works, incompetent staff, red tapism, huge backlog of cases and what not in the name of “achievements” of lower judiciary, yet the way in which lower courts are functioning is for sure turning the possibilities of improvement from bad to worse. Judicial discretion has always remained a flash point of controversies and criticism in jurisprudential studies. In fact, minimum room for judicial discretion guarantees the soundness of any law. This is for the simple reason that the very premise on which exercise of judicial discretion stands is the absence of pre-defined standards, so the only thing that is required to turn it into an “abuse of power” is the slightest prejudice of mind by the court while writing any order. However, the greater concern here is not the abuse of power as that could be rectified by subsequent order of the same court or with the intervention of the higher courts, but what cannot be rectified is the credibility of judiciary and eroding faith of common masses in Indian judicial system.

The first and the foremost point on which rationale of this order can be questioned is that, did the order of Ranchi district court judge was well informed? To be precise about it, helplessness of this order could be understood in the light of the reference that Quran as a book principally deviates from the Constitution on several points, take for example, homosexuality which is strictly prohibited in Islam and Muslim scholars frequently cite these verses of Quran to support prohibition against homosexual behavior.

Quran (7:80-84) – “…For ye practice your lusts on men in preference to women: ye are indeed a people transgressing beyond bounds…. And we rained down on them a shower (of brimstone)” – An account that is borrowed from the Biblical story of Sodom. Muslim scholars through the centuries have interpreted the “rain of stones” on the town as meaning that homosexuals should be stoned, since no other reason is given for the people’s destruction. (Inexplicably, the story is also repeated in three other suras: 15:74, 27:58 and 29:40).

Quran (7:81) – “Will ye commit abomination such as no creature ever did before you?” This verse is part of the previous text and it establishes that homosexuality as different from as (and much worse than) adultery or other sexual sin. According to the Arabic grammar, homosexuality is called the worst sin, while references elsewhere describe other forms of non-marital sex as being “among great sins.”

Quran (26:165-166) – “Of all the creatures in the world, will ye approach males, “And leave those whom Allah has created for you to be your mates? Nay, ye are a people transgressing”.

Quran (4:16) – “If two men among you are guilty of lewdness, punish them both. If they repent and amend, Leave them alone” This is the Yusuf Ali translation. The original Arabic does not use the word “men” and simply says “two from among you.” Yusuf Ali may have added the word “men” because the verse seems to refer to a different set than referred to in the prior verse (explicitly denoted as “your women”). In other words, since 4:15 refers to “your women”, 4:16 is presumably written to and refers to men.

So now the question arises, how far it is justified for a court to enforce an order on a non-Muslim girl to appreciate a book and circulate its content which doesn’t even fall in consonance with the ruling of the Supreme Court and our Constitutional values. For a Muslim it could be matter of his/her personal faith that their religious text condemns homosexuality, but those can’t be imposed in any way possible on a non-Muslim to endorse and appreciate it, therefore this imposition of court order is totally unreasonable and unjustified.

The said order of Ranchi district court also contravenes the fundamental right to religious freedom and free speech and expression of that accused girl. Article 25 of the Constitution clearly guarantees the right to profess practice and propagate religion of his/her choice. Now as per the court order the accused girl was ordered to distribute a book of some other faith, content of which she neither endorses nor hold any reliance to. This unnecessary imposition amounts to clear subjugation of her religious freedom and at the same time blatant intrusion upon her personal religious belief. On the similar note, Article 19 of the Constitution which guarantees free speech and expression was also openly mocked by this order in the sense that forcing someone to distribute copies of Quran, a book which fundamentally differs with the opinion of the accused and the content of which she is not even aware of, is a clear violation of this Art. 19. Being a student of law it is truly heart wrenching to see this ever rising depletion in the standards of lower judiciary. By this unprecedented order Ranchi District Court not only risks its own credibility but also peril the repute of entire judicial system by entering into a dangerous domain of fuming up the religious sentiments of one particular community against that court order. And the face saving attempt of the court, by altering the compliance of said order, equally makes no sense because the kind of justification court has given while altering that order is based on the false premise of excuse that it holds difficulty in implementation, rather than honestly acknowledging the genuine flaw in the said order. The damage has already done, nothing, except strict action against that judge, can bridge up the faith of the person affected by such order and those who are feeling threatened by such unusual behavior of the court, in the Indian judicial system. In fact the irony is that Indian judicial system even lacks proper mechanism to scrutinize such unreasonable orders and nullify their effects with promptness, except those lethargic modes of appeal and revision. This is indeed an alarming call for higher judicial authorities to check and improve the standards of lower judiciary by devising a proper mechanism of scrutiny and benchmark of standards on which orders can be framed out; otherwise the collapse of this institute, especially at lower level, is inevitable.