A Short History of Indian Mercantilism 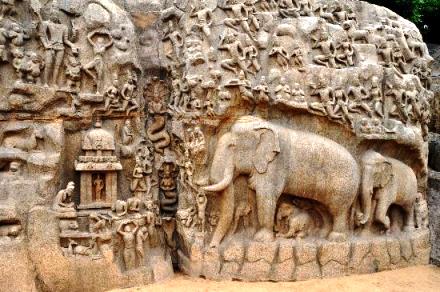 The history of South India is one of a vibrant and dynamic mercantilism. I would highlight just one example out of several i.e. the international trade carried out by south Indian merchants from 650 to 1250 CE. I have simplified the narrative to keep it short and might have not done justice therefore to the complexity of the issue. The intent is to spotlight the mercantilist ethos, the delegation of royal authority to municipal-level bodies and the “privatization” of administrative tasks, such as policing and adjudication. Commerce was largely a private activity in early India unlike classical China. The mercantile communities in India were organized on a corporate basis and enjoyed administrative autonomy. The Hindu legal texts ensured that mercantile guilds had the freedom to frame their own laws and regulations. The maintenance of law and order, the collection of revenue and the mediation of disputes were delegated by royal charter to mercantile guilds. Such bodies were granted tax exemption and immunity from royal encroachment. The demarcation of responsibility between the royal, the mercantile and the religious facilitated an economic surplus.

Business syndicates convened separate artisan guilds, trading associations and military outfits under a single corporate identity in the Pallava and Chola periods. The “Ticai Ayirattu Ainnuruvar” or the 500 guilds of the 1,000 districts, the “pattinen-bhumi nattu-chettis” or the traders of the 18 lands, and the “vanik gramam” or merchant villages were just three examples. These consortiums, established under royal charter, were similar to the free cities of medieval Europe. They acted as bankers, fund managers and money lenders. They participated in the purchase, sale and insurance of merchandise across political boundaries. They took part in the wholesale and retail trade in textiles, metals, pearls, gems, ivory, elephants, horses and grain. Much of their overseas commerce was based on promissory notes, not the actual circulation of gold coins.

The Narada Dharma Sutra legitimized the association of merchants, money lenders, craftsmen and military personnel under an overarching corporate umbrella on the grounds that this ensured protection of property and the more effective discharge of trade. The federated Indian guilds had a president (pattana swami), an elected executive council (ubhaya nanadesi or lead multi-national) and branches in several countries as evidenced by early medieval inscriptions in Burma, China, Java, Sri Lanka, south India, Sumatra and Thailand. They recruited military outfits such as the “vira-kodis”, the “velai-karar” and the “sreni bala” to defend their ships, caravans and overseas ports. The Tamil and Kannada kings hired the services of such corporate mercenaries as well.

The mercantile associations administered several ports and urban centers in South India. The king delegated prescriptive rights to these separate administrative units. An example that comes to mind is Nagapattinam. The elected “nagaram”, an autonomous council in the Chola period, was responsible for the delivery of municipal services. Hindu temples acted as a center of capital accumulation and a banker in such cities, lending money at 12% interest, for commercial activity. The Hindu law books insisted that the private good had to be reconciled with public welfare. This explained the mercantile emphasis on charity, the maintenance of irrigation channels in the surrounding countryside, the upkeep of temples and the delivery of municipal services.

This commercial regime had its shortcomings. For one, it was an oligopoly based on control over the entire production chain by a few syndicates. Nonetheless, the complex system was remarkable in its emphasis on private initiative and maritime activity in years past.

Rajendra Chola decimated the Sumatran-based Srivijayan naval confederacy in the 11th century to ensure that these federated guilds had free access to China. The swiftening of the Tamilization of parts of Sri Lanka can be traced to this era. This south Indian mercantile regime, however, declined in the 14th century. The demise of the Chola kingdom meant the absence of a broader facilitating framework. The Delhi sultanate, under Alla’udin Khilji, momentarily annexed Madurai under Malik Khafur. Meanwhile, Arab seafarers had briefly taken over the lucrative Indian Ocean trade until their eviction by the Portuguese conquistadors in the 1500s. These factors notwithstanding, the rich history of private trade, commercial vigor and maritime shipping continues to inspire students of classical south Indian history.

For those interested in delving deeper into the subject, I recommend R.K. Mukherjee, “A History of Indian Shipping and Maritime Activity from the earliest times”, London, 1912; T.V. Mahalingam, “South Indian Polity”, Madras: 1955; Clarence Mahoney, “The Effect of Early Coastal Sea Traffic on the Development of Civilization in South India”, University of Pennsylvania: 1968; K. Indrapala. “South Indian Mercantile Communities in Ceylon circa 950-1250” in Ceylon Journal of Historical and Social Studies, December, 1971; and N. Karashima, “Ancient and Medieval Commercial Activities in the Indian Ocean: Testimony of Inscriptions and Ceramic Sherds”, Tokyo: Taisho University Press, 2002.

First published in the Sri Lanka Guardian. Reproduced with the author’s permission.