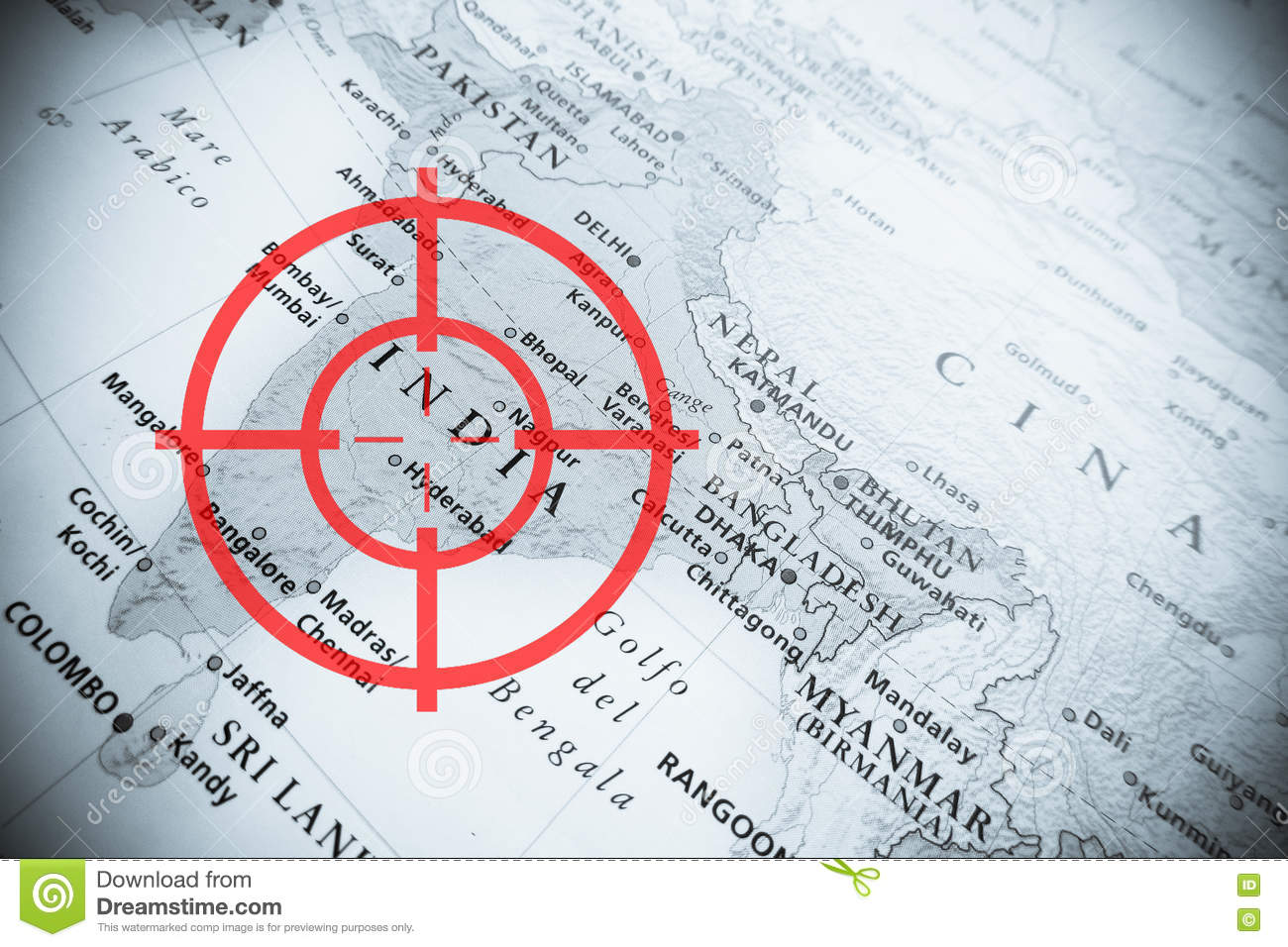 Tanks are rumbling into Kyiv/Kiev, missiles are raining down on the besieged capital, and world leaders are scrambling to figure out what to do – whether to push back hard, ratchet it up, invite escalation, or play a longer, careful, strategic game to wear out a man who has been in power too long and who is now isolated, both within and without. Though some are wary of distancing and disengaging from this new malefactor, fearing the unthinkable, a new World War….

But, it does not seem to matter for a cabal of corrupt, criminal, cussed, conspiracy-mongers who are more intent on ginning up tensions in India, warning the world that the world’s largest democracy is “on the brink”, and featuring on the main page of their website a set of provocative, unverifiable video clips purportedly indicating the dire fate of Muslims in the land that is Bharat.

Some 63 speakers are listed and they will be speaking over three days, February 26-28, about the threat supposedly facing Muslims, from Hindus, in India. That this so-called “summit” dares to showcase this set of louts and mischief-makers along with those holding office in various US and international agencies goes to show the level of coordination among India-haters and Hindu-haters and their systematic campaign to destabilize the country. The majority of those listed to speak are easily identifiable for their long and nefarious pasts: Teesta Setalvad, Sunita Viswanath, Pieter Friedrich, Kavita Krishnan, Kancha Ilaiah, Cedric Prakash – a Jesuit priest who is committed to a lifelong anti-Hindu agenda, Angana Chatterji — who has collaborated with the Pakistani ISI agent, Ghulam Nabi Fai, and who was suspended and dismissed by the California Institute of Integral Studies for “failure to perform academic duties” and “unprofessional ethical behavior”, Anantanand Rambachan – who has demonized the people in whose homes he ate and in whose company he prospered, and Aakar Patel, former head of Amnesty International, India, and a provocateur par excellence. But joining this gang of contemptible Hinduphobes, masquerading as “human rights activists”, are a whole host of white, black, brown, Asian, multi-hued academics, international agency officials, and pretentious moral crusaders.

The question arises: who is funding this “summit”? Who is getting paid how much to provoke and to mock? What are their aims?

Are Indian Muslims really under threat? Is India on the brink? Indeed so, the organizers proclaim, as if the “summit” is an open forum where experts can gather to exchange views about the challenges India faces from within and without — from monopolist, supremacist, violent faith followers to political extremists from the left who have made it their goal to Balkanize India – the “Bharat tere tukde, tukde” (“India, yours, broken into pieces”) gang — paid, groomed, and trained to create anarchy.

On the fancy and carefully designed website that they have specially created for this “summit”, the organizers proclaim:

Now, these are not scare headlines just concocted for this occasion, for such fearmongering has been part of the global political and activists’ groups’ plans, supported by a variety of Western governments, including and especially the US, UK, France, and Germany, to destabilize any Indian government that offers the majority Hindus in the country a voice in Indian society, media, and politics. These tactics of destabilization were first designed, weaponized, and launched when the BJP-led Government of Atal Bihari Vajpayee took office in 1998: a group of India and US/Europe based academics, media personalities, and activists started the “BJP Watch Group”. They proclaimed that “Given the RSS’ semi-fascists origins, we are suspicious about the BJP’s attitude towards civil society and democracy….” They said that “communalism would run riot” if the BJP-led coalition came to power (see, Ramesh Rao, 2001, “Secular ‘Gods’ Blame Hindu ‘Demons’: The Sangh Parivar through the Mirror of Distortion”, p. 19-21). There were dire warnings that Muslims would be pushed into the Arabian Sea if the BJP came to power! And more recently, and equally mischievously, when Americans were assembling on the twentieth anniversary of the 9/11 Islam-inspired and Islamist-led terrorist attacks, this extended family of Hinduphobes gathered under the banner of “Dismantling Global Hindutva” to besmirch all Hindus, not just what they claimed were “Hindu nationalists” or “Hindu extremists”. How very clever to draw the attention away from the 3,000 plus Americans murdered by terrorists shouting, “Allah hu Akbar,” and focus on a dreamed-up and “potential” genocide of Muslims in India!

Look, the Hindu-Muslim equation in India has been fraught for a long, long time. “South Asia” is the largest Muslim region in the world, and India, pre-partition, was the largest Muslim country in the world. Post-partition, the Indian Muslim population has grown by 4.4 percent, while the Hindu population has grown by 4.3 percent. According to this Pew Research Center report, “The greatest shift has been a modest rise in the share of Muslims, accompanied by a corresponding decline in the share of Hindus. Between 1951 and 2011, Muslims grew by 4.4 percentage points to 14.2% of the population, while Hindus declined by 4.3 points to 79.8%”.

India is one of the two Hindu majority countries in the world, whereas Muslims have majorities in fifty countries, including ten countries where they constitute more than a 98 percent majority! Christians are a majority in 119 countries of the world with ten of those countries having more than a 95 percent majority. There are 57 member-states in the Organisation of Islamic Cooperation, the world body of Muslim countries, which proclaims that the “… Organization is the collective voice of the Muslim world. It endeavors to safeguard and protect the interests of the Muslim world in the spirit of promoting international peace and harmony among various people of the world”. Islam is the world’s fastest growing religion, and it seems that their increasing presence in Europe and the US has led to a renewed attempt to make the world Muslim by constantly proclaiming that Muslims and Islam are under threat, especially in India, which has become the biggest hunting ground for Christians, Muslims, and dyed-in-the-wool Marxists.

See, we Hindus, diverse, disparate, following our individual karmas and pondering our unique fates, believe that this cosmos is grand, big, and that this is all “maya” and “leela,” and that we can only escape from the cycle of birth and death by transcending our individual selves. We therefore pose an existential threat to all these supremacists and their violent, monopolist faiths – religious or “secular”. No, we are not merely asserting this, nor are we pulling numbers out of thin air: according to a study in 2009 the people/faiths/groups most responsible for genocides are Christians, Communists, and Muslims, and they are the ones gathering at present to provoke others into committing murder so that they can say, “Look, new perpetrators of genocide!”

The self-serving, pandering Gregory Stanton, founder of “Genocide Watch”, has now found India his new hunting ground, and brings his Christian, white man’s burden to scaring the pants off the gullible while weaponizing the campaigns of the supremacist and genocidal faiths in the world. He ignores the fact that twenty million or so Muslims (15 million according to the report, but it was a 2016 guesstimate) have migrated to India from Bangladesh over the past few decades, and there was a genocide of Hindus in Bangladesh in 1970/71, and that there is continuing persecution of Hindus in both Bangladesh and Pakistan. How does this old, decrepit activist ignore that the Hindu population in Pakistan has crumbled from about 15 percent in 1947 to about one percent now, and that the percentage of Hindus in Bangladesh (then East Pakistan) has been decimated over the decades, from about 31 percent in 1947 to less than eight percent now. And they talk about a potential genocide in India?

We need to really find out who are the forces funding these “summits” and “conferences”. We must wonder too how the Christian-right and the Muslim/Islamist groups are joining hands with left-extremists to undermine India. We know about the designs of these faith/ideological groups – to make the world Christian, Muslim, or Communist. They believe that they represent equal rights and that they will bring heaven on earth. But as the very perceptive Nietzsche observed in “Thus Spoke Zarathushtra” – “Ye preachers of equality, the tyrant-frenzy of impotence crieth thus in you for ‘equality’: your most secret tyrant-longings disguise themselves this in virtue-words! Fretted conceit and suppressed envy – perhaps your fathers’ conceit and envy: in you break they forth as flame and frenzy of vengeance…. In all their lamentations soundeth vengeance, in all their eulogies is maleficence; and being judge seemeth to them bliss” (p. 131).