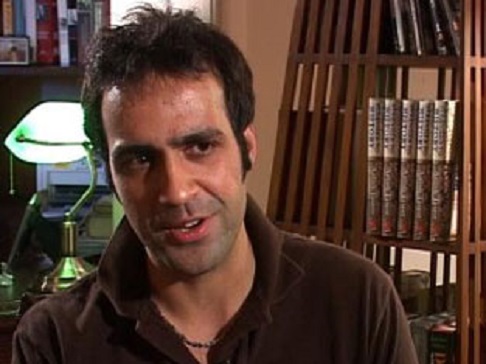 Aatish Taseer, son of veteran journalist Taveleen Singh and Pakistani politician Salman Taseer (who was assassinated in January 2011), was interviewed in the Open Magazine by its editor, Prasannarajan.  I would like to offer my comments to Aatish Taseer’s answer to the last question in the interview:

Q. Of India, do you wish the way thing were, politically, different?

A- I’ve always thought of politics as an expression of other things. And, as such, I can see in the politics of India many things that worry me about her more generally. It is, for instance, no surprise to me that the Gandhi family enjoyed the power they did.

That, to me, was the political manifestation of a historical condition; I felt it was inseparable from India’s distrust of herself, from her easy servility before the white man. It is for this reason that the Modi election was so important. It was a rare instance of India trusting to herself, throwing up one of her own, one who did not have the blessings of the West at all.

And I was pretty dazzled to hear him speak at the U.N. I liked his style and confidence. He seemed so much more urbane and serious than many who had been educated in the West. But I can’t say this is true of the people who surround the prime minister. Modi needs in fact to build an intellectual base of his party from scratch; his people don’t sound good; they sound limited. If he is to succeed, he must provide an intellectual alternative to the power of the English-speaking classes; and, as an extension, the Congress Party. Otherwise, there’ll be a lot of Bharat Mata ki Jai and little else.

Let me take the second-last sentence in the answer: “If (Narendra Modi) is to succeed, he must provide an intellectual alternative to the power of the English-speaking classes; and, as an extension, the Congress Party.”My comments follow:

But the very last sentence of Aatish Taseer’s interview does not give me confidence that he understands his own role in the society.  The electoral change that has happened is due to the actions taken by the entire Indian society.  The English-speaking class, being an extension of the Congress party, made a serious and concerted effort to ensure that that change does not take place – for the sake of their own survival in terms of continuing to occupy the intellectual space, and continuing to make a living to support their present, extravagant lifestyles.

Aatish Taseer also reveals a lot when he says: “[Narendra Modi] seemed so much more urbane and serious than many who had been educated in the West.” Mr. Aatish must know that Narendra Modi has been around for a very long time and to those who have observed him, this is nothing new.  On the contrary, it is reflection of Aatish Taseer’s own failure that he has come to realise this only now.

And then Mr. Aatish continues: “But I can’t say this is true of the people who surround the prime minister.”  This is also an indication of his lack of knowledge of what is happening in India, and the rise of the new ideology which will be a guiding force for the new paradigm to replace the current paradigm that is on its last legs, and that has led the country to the brink.

And so it is not surprising that with little or no understanding of all these factors—indeed, I can list several more but the ones I have listed are sufficient to give a broad idea—Aatish Taseer ends up trivializing the whole thing with this flippant statement: “Otherwise, there’ll be a lot of Bharat Mata ki Jai and little else.”