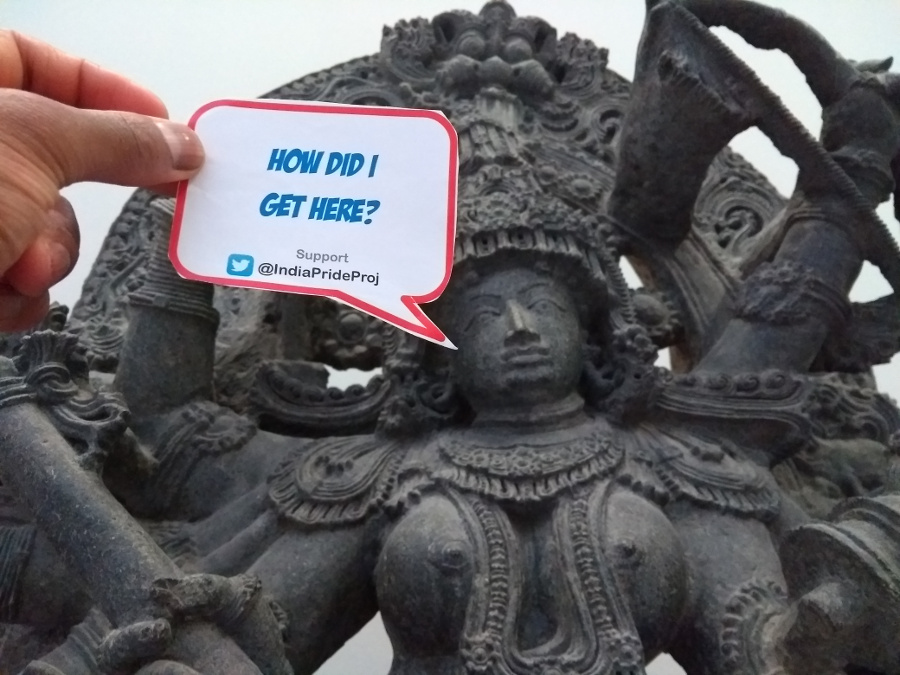 In a unique and unprecedented campaign, India Pride Project has demanded that the UK return back Indian heritage that has been forcibly extracted and moved to the UK. In a novel protest, IPP volunteers scanned London based museums to capture “agony shrieks” from deities and statues themselves.

IPP campaigns like #BringOurGodsHome and #SaveOurGods have been reported to be quite successful. Dr. Donna Yates, a lecturer on antiquities trafficking at the University of Glasgow, believes “the grassroots work of the IPP in documenting cases of theft and bringing them to public attention is crucial – and unmatched anywhere in the world.”

The subject of returning extracted-heritage is being significantly discussed in recent times. While five countries have returned stolen heritage to India since 2014 (USA, Canada, Germany, Singapore and Australia)[i]; this issue has far significant global ramifications.

In 2017, the French president, Emmanuel Macron assured that the return of African artifacts would become “a top priority” for France during the next five years.  He said: “I cannot accept that a large part of cultural heritage from several African countries is in France. African heritage can’t just be in European private collections and museums. African heritage must be highlighted in Paris, but also in Dakar, in Lagos, in Cotonou. In the next five years, I want the conditions to be met for the temporary or permanent restitution of African heritage to Africa”.[ii]

The issue of colonial-era loot and Britain’s moral obligation to return heritage to communities they were taken from, is not new. Greece has been asking for the Elgin marbles since 1925. Over 350 Ethiopian manuscripts, forcefully taken after the Battle of Maqdala, are still a matter of dispute. Christopher Hitchens, George Clooney, Bill Murray, Stephen Fry and numerous academics and intellectuals have made the case that Britain must repatriate heritage to where it was taken from; starting with the Elgin marbles (taken from Parthenon, Greece).

Author Rajiv Malhotra and activist Anuraag Saxena have given talks in London appealing for the UK to take a moral stand towards Indian heritage as well.

India Pride Project which has been diligently tracking online sales of illicit heritage artifacts, have often spoken about the sinister plot by the dreaded Muslim terrorist organization Islamic state to use the dark-web for illegally buying and selling cultural artifacts to fund their jihadi agenda and launch global terror attacks. A terror attack costs less than 100,000 USD, and Islamic terrorist groups like ISIS have been stealing and smuggling heritage artifacts to fund their terror operations. A research study by Katie Paul published in a Special Issue Advances in Art Crime Research (2018) provides a chilling tale of how smuggling of illegal artefacts are fueling terror attacks by Islamic groups[iii].

The United Nations Security Council, via Resolution 2199 has officially highlighted the risk of terror-funding though heritage-thefts. The FBI issued an advisory immediately to deal with this emerging National-Security threat. Nations like USA, Pakistan and China have brought in new legislation to safeguard their heritage. Others like Mexico and Jordan have recently set up heritage-protection agencies.

While the UK has refused to formally comment on the subject or initiate dialogue on heritage-restitution; Shadow Prime Minister Jeremy Corbyn (leader of the opposition) has stated he would initiate heritage-restitutions if brought to power. It is ironical that a few centuries ago, the British usurped others’ resources and heritage, and funded wars and colonization efforts through that. The precedent set by Britain is being replicated by the ISIS, which now peddles stolen heritage to fund terror attacks.

As part of IPP’s latest effort, people of Indian & South Asian origin will reach out to a selected set of influential MPs to make the moral case for heritage-restitution.

In a controversial article earlier this year, Anuraag Saxena said, “Since its founding in 1753, the British Museum is essentially a den for stashing away colonial loot. I have seen Indians cry in Room 33, where they find their Temple Deities locked away in glass cages. A couple of floors above in Room 66, you continue to showcase Egyptian and Ethiopian artifacts that were acquired under situations of very questionable morality. As a double insult, the museum sells us replicas of the very heritage that was taken from us.”

London-based volunteer with IPP, Pritesh Patel said, “I hope the act of returning stolen heritage will provide an opportunity for the British public to learn a bit about some of the wrongs that were committed in the name of the empire.” and added “I’m really optimistic of this project bearing fruit in the UK. India’s economic strength and global influence is rising. On the international stage, PM Modi is regarded as one of India’s most credible leaders to date and he is also a great supporter of reviving our ancient heritage. I therefore feel it will be difficult for the British establishment to ignore us. ”

Anuraag Saxena said, “Segregation was all right till Rosa Parks came along. Melting ice-caps were acceptable till Al Gore took up the issue. We are making sure, the grab-and-go approach towards indigenous heritage, stops being acceptable from today.”

Commenting on the MP outreach program, said he adds, “There are 48 British MPs that represent constituencies with significant Persons-of-Indian-origin. We are confident these parliamentarians would not offend an ethnic minority’s sentiments who want to see their heritage go back home.[iv]”

[i] Why it’s time the Queen of England returns all that she has stolen https://www.dailyo.in/variety/britain-colonial-past-loot-plunder-brexit-commonwealth-black-panther/story/1/23615.html

[iii] Ancient Artifacts vs. Digital Artifacts: New Tools for Unmasking the Sale of Illicit Antiquities on the Dark Web http://www.mdpi.com/2076-0752/7/2/12

How ISIS steals our Heritage and sells it for terror-funding