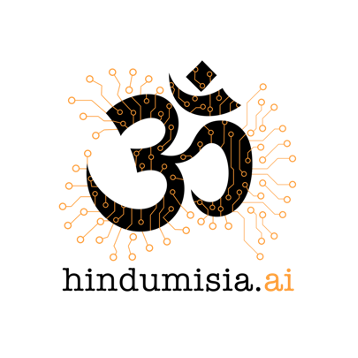 Anti-Hindu sentiment has been on the rise in recent years. It is a sentiment that advances, amplifies, and articulates hatred against Hindus and Hinduism (1). This is a toxic global phenomenon influenced by legacies of the past. Hinduism and Hindus have been at the receiving end of such hate since colonial times.

This hate sentiment is now known as – Hinduphobia (2), Hindumisia (3) or Hindudvesha (4). While those who use the terms are bound by their own conviction, in principle, in practice, and in good faith, there is no difference in what they refer to.

They all refer to Hindu hate; and Hindu stakeholders involved have genuine interest in countering this avalanche of hatred.

The rampant support for and encouragement of anti-Hindu sentiment is the hallmark of humanities and social science departments in several universities in the world, as well as in influential media. Western academia, in particular, is culpable in incubating and advancing this hatred, and the media are effective in spreading it.

Unfortunately, this anti-Hindu sentiment has manifested itself in many social media platforms, aided and abetted by disingenuous academics.

Social media has enabled over a billion people to directly engage with a mass audience using interactive technologies. It has been a boon and a bane for civil society.

On one hand, it has empowered responsible users to spread informative and useful content, shaping ideas and interests throughout the world. On the other hand, it has armed a section of the users to spread hate and vicious content. Many hate players seek to exploit historic animosities to provoke and promote hate ideologies. Social media is increasingly used to spread misinformation and instigate violence targeting different political, religious, and social groups.

Hindus have been at the receiving end of this hate mongering in social media. There has been a spurt in toxic hate since 2014, with the election of Narendra Modi as Prime Minister of India.

This has become a menace.

Today, social media is the primary source of news and views for many users around the world (5). As a result, an increasing number of people are exposed to vicious content leading to potentially lasting damage to communities, societies, nations, and the world at large. The dialogic nature of social media contributes to the amplification of hate.

The sinister ramifications are being noticed though.

Policy makers, media professionals, technologists, and several interest groups have been grappling with the menace of social media hate. Technology companies have protocols in place to ensure a safer and inclusive environment for their user community. Despite the strength of their monitoring, the solutions they have are far from satisfactory. They hardly are effective in countering anti-Hindu sentiment. Rampant misuse of technology is also a cause for concern for many governments in the world seeking to regulate and hold social media companies accountable for their platform. Some countries are stringent in implementing laws, while a few others pay lip-service to combating hate speech online.

Be that as it may, several institutions and researchers have shown keen interest in leveraging technology to confronting and countering the growth and spread of online hate. For example, Anti-Defamation League (ADL) has been pursuing an initiative for a few years now called Online Hate Index (OHI) (6) leveraging deep learning technologies. There are several other independent academic initiatives along the same lines. They all faced similar challenges earlier. There is no universal definition of hate, so designing a detecting model is a difficult and complex problem. Often, what constitutes hate for one may not be considered as hate for others. Hate grammar exists in its own space, context, and time.

Additionally, some of the approaches undertaken were limited by the technologies and techniques available at that point in time.

This was just a few years ago.

Recent advances in Artificial Intelligence, Deep Learning, and Natural Language Processing techniques have provided a fillip to the efforts of researchers. This has galvanized the research community to explore further.

One of the ways automated hate detection may be successful is to avoid building a generic hate detection tool. The grammar of hate is different from society to society and culture to culture. What constitutes hate for Hindus may not be hate for other ethnic groups. So, pursuing a generic solution to detect hate will neither be successful nor lead to desired results. Instead, a domain specific approach may offer the best chance of success. With that in mind, an initiative was kickstarted to build an automated tool to detect hatred directed at Hindus on social media, especially on Twitter.

An outcome of such an effort is hindumisia.ai — an initiative that prides itself on taking an analytical approach to countering anti-Hindu sentiment on social media, particularly Twitter. The tool was launched on March 13, 2022, and is accessible at www.hindumisia.ai

hindumisia.ai is a visual tool to monitor and counter anti-Hindu sentiment leveraging the evolving disciplines of Artificial Intelligence and Natural Language Processing. The tool sources tweets on a real time basis, flags potential anti-Hindu tweets, and plots them using various charts and graphs.

The tool essentially quantifies anti-Hindu sentiment and visualizes the same for easier understanding.

The tool comes with two types of features:

• Private (accessible by select individuals, groups, and academicians)
 Access to specific tweets flagged by the model following a curation process
 Access to curated anti-Hindu hate metrics in the form of regular reports
 Accessible by select entities based on established relationship
 A feature to detect anti-Hindu hate in articles and academic papers

The initial launch was on March 13, 2022, with basic features. The tool will evolve in the coming months and years based on usage and needs.

How can hindumisia.ai be used?

Hindumisia presents a clear danger to Hindu communities throughout the world. A few Hindu organizations have taken the ownership of countering it by engaging in grassroots advocacy in the US. A tool such as hindumisia.ai will be a great complement in this regard.

A Tool for Stakeholder Engagemen

The tool relies on data/factual information, and hence can be used effectively in several different ways.

hindumisia.ai is a global tool to combat anti-Hindu hate. The tool will evolve in the coming months and years based on the use, needs and the wants of the dharmic community that is actively combating anti-Hindu hate.

We intend to use the tool to reach out and engage with policy makers, media professionals, law enforcement agencies, relevant government entities, think tanks, and social media influencers for action.

We also hope to provoke and influence like-minded community of dharmic business technologists to spawn similar and improved initiatives in the future.

The eventual goal is to promote a safe and secure social media platform for exchange of conversations free of hate and prejudice. hindumisia.ai hopes to play a collaborative and constructive role in this regard.

Ramsundar Lakshminarayanan is an IT Executive with experience in Data Analytics. He has Big4 and financial services background. Ram is a national convenor for Indic Academy in the US. He writes for Indic Today, India Facts, PGurus and MyIndMakers. He is the creator of hindumisia.ai and tweets as @cm_ram23, curates @hindumisia on twitter, and @hindumisia.ai on Instagram.