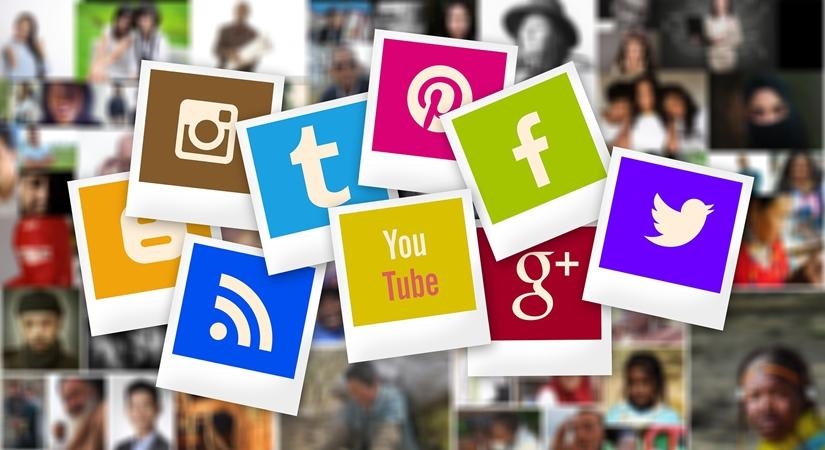 The ammunition has changed, but the hostility remains the same. From streets and alleys to courtrooms and now the new battlefield of the cyberworld – the old wars continue – plotted, planned, targeted, and carried out by the same combination of the supremacist, the willful, the monopolist, and the violent groups. We know who they are, but who they now have seduced to join them in their unholy and vulgar enterprise against Hindus is more cause for concern.

The shedding of blood by the thousands of foot-soldiers for a piece of land has long given way to a regressive, far more destructive, and virulent form of domination via proselytism and religious extremism which aims to wipe out a millenniums-old civilization – that of Hindus.

Human beings have progressed technologically but the medieval and parochial mindset of the supremacists has not. So, the World Wide Web is the new war zone, social media platforms the new battlegrounds, and trolls are keyboard warriors armed with psychological nukes – bigoted memes, SMSs, and Tweets!

In an India Facts article, Ramesh Rao highlighted last year the need to track, monitor, and analyze these vicious online attacks to understand the game plan of anti-Hindu tribes.  And a recent study by Rutgers University academics does just exactly that exposing how Islamist web networks are using White Supremacist and Alt Right-inspired 4chan Pepe memes to denigrate Hindus on social messaging services — lifting the religious/civilizational warfare to a whole new level.

The detailed and damning report prepared by the Network Contagion Lab at Rutgers University-New Brunswick highlights the coordinated pattern of targeting Hindus, Hindu beliefs, and religious symbols and inciting tensions between the two communities to the extent that the malicious minds behind it could even get away with their desired outcomes – the dire real-world consequences such as rioting on streets and the beheading of innocents!

Researchers at the Rutgers NC Lab used artificial intelligence programs to track tweets targeting Hindu and Hinduism to better understand the development of a disguised and coded language pattern shared on social networks. According to their analysis of one million tweets, Iranian trolls disseminated anti-Hindu stereotypes to fuel division between Pakistan and India, and as part of an influence campaign to accuse Hindus of planning a genocide of Muslims!

This, when the truth is absolutely bang opposite, with Hindus being the target of Islam-inspired violence, destruction, and genocide over a span of 1,300 years, and the continued targeting of India by the Islamic Republic of Pakistan — the region that was cleaved out as a Muslim-majority country by the British when they quit and left in 1947.

“There is, unfortunately, nothing new to the bigotry and violence faced by the Hindu population,” said John J. Farmer Jr., director of both the Miller Center and the Eagleton Institute of Politics at Rutgers University-New Brunswick. “What is new is the social media context in which hate messages are being shared. Our prior work has shown a correlation between the intensity of hate messaging over social media and the eruption of real-world acts of violence.”

Sanatana Dharma continues to fight the onslaught fueled by the deadly combination of oilwells-powered and Islam-inspired fanaticism in combination with the Christianity-inspired and racist ideology of White Supremacists. That this struggle and the violence that India and Hindus face is not even acknowledged by the mainstream media and academe in the West is deeply worrisome. How can these coordinated attacks and campaigns against Hindus be ignored? Is it perhaps because the monopolists and supremacists come wearing journalists’ clothes and academic garb? Are they in cahoots with these supremacists and are in fact the boosters and strategists for the campaigns of vilification against Hindus and Hinduism? We need not guess. We need not speculate. Their footprints are all over….

That India’s and Hindus’ concerns have been ignored for this long is a shame, and it is a shame that India, only one of the two Hindu-majority countries in the world, had to call upon the United Nations –– the highest intergovernmental body meant to bring international cooperation and harmony among nations — to formally recognize Hinduphobia. Warning the world about the dangers of religious phobias, India raised the issue and asked the United Nations to address this threat to ensure “greater balance” in discussions on such topics and take appropriate steps to ensure domestic and regional peace. In January 2022, India’s Permanent Representative to the United Nations, T S Tirumurti said that while the UN had highlighted other forms of religious phobias, it had not yet fully acknowledged anti-Hindu, anti-Sikh, and anti-Semitism threats.

This Hindu hatred has been nurtured and fanned at various levels. The Left-Liberal cabals in India, in Europe, and in the US have commandeered powerful media conglomerations and institutions of higher education from where they manufacture and disseminate biased narratives.  Their flagbearers have penetrated deep into the academic circles influencing the next generation of scholars with their hateful, provocative, and denigrating messages. The likes of Wendy Doniger and Audrey Truschke, among others in this “new Mongol” horde, have long hijacked the majority of Western and Indian academic institutions, especially in Hindu studies and the departments of humanities which are supposed to be sacred centers of knowledge search and dissemination. Over time, their very cleverly crafted agenda and their control over the discourse about Hindus and Hinduism have been successful. However, the recent efforts by some aware Hindus, who have called out these self-proclaimed “scholars” for their systematic denigration of Hinduism under the garb of academic freedom, have begun to bear some fruit.

Ramsundar Lakshminarayanan, creator of hindumisia.ai, an AI web-based app that tracks anti-Hindu hate on social media, has surmised the patterns and ways in which these Left-Marxist-Supremacist brigades have been targeting Hindus. He says:

The propagation of this Hindu hatred usually follows an established pattern. Hinduism is branded as hierarchical and oppressive, tagged as casteist and exploitative, castigated as regressive and intolerant, and finally dismissed as primitive and fictional. The spurious narrative about Brahmins and Sanskrit is part of this carefully constructed campaign of Hindu demonization. When this campaign is challenged or sought to be resisted by Hindus the resistance is falsely projected as a threat to communal harmony in India. Lapdogs of western academia peddle this hate driven narrative daily in India, constructing an echo chamber where the voices of the few, driven Hinduphobes reverberate around the world.

Clearly, just the trolls in Iran, Pakistan, and Turkey are not the only ones to be held accountable for fomenting this hate against Hindus, Hinduism, and India. A set of well-oiled, global, ideological, racist, and supremacist groups are at work who ensure Hindus and thereby India continues to be targeted. What else would explain the coming together of all the leftist organizations, universities, and media houses for campaigns like the Dismantling Global Hindutva conference last year which apparently drew support from more than seventy cosponsoring entities from fifty-three universities, including some Ivy League schools?

Ironically, not one mainstream media outlet, not one “secular” organization, not one “Hinduism scholar” from the US, Europe, and India has come out in support of the data-driven Rutgers NC Lab report on the sharp rise in Hinduphobia on social media. Why is this cabal silent now? If they take great pride in being purveyors of “real,” and “secular” Hinduism, how come they are not affected by the vulgar representations of sacred Hindu symbols or the sick humor memes on the Mumbai terror attack carried out by Islamists from Pakistan?

Displaying hypocrisy of the highest order this group of indignant Hindu baiters has once again proved that their only agenda is winning this “holy war” against Hindus — at any cost.