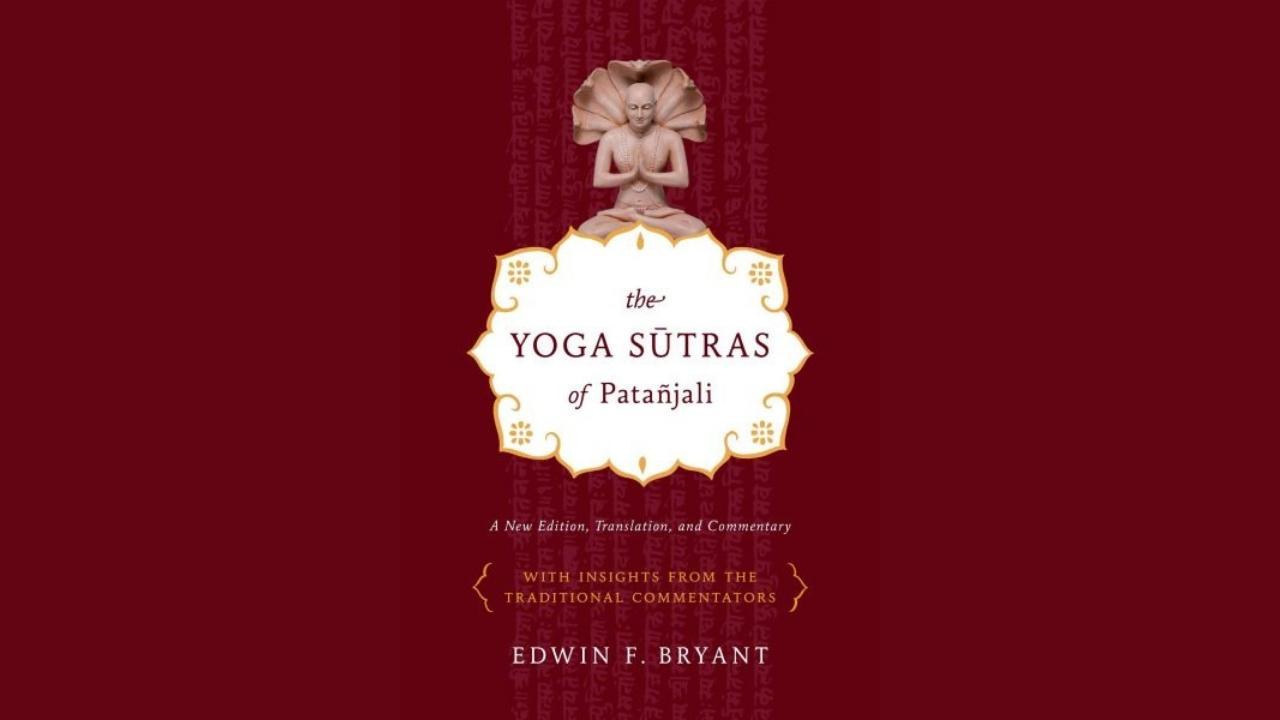 It is unfortunate that most Yogasutra classes in universities, colleges, and yoga institutions happen through English in India. Teaching of the Yogasutras through Samskrita or even regional languages is seldom heard of. Even while teaching in English, there is a trend to follow or refer to works on Yogasutras from the West. In this essay, we will show the pitfalls and problems in such interpretations.

I was preparing to write a textual research paper on the Yogasutras sometime ago, with my focus on the wisdom from traditional Samskrita Yogasutra commentaries. In the process, I read the Yogasutra translation and interpretation by Edwin Bryant (2018). I was drawn towards this translation and interpretation because of the subtitle of the book — “A New Edition, Translation, and Commentary with insights from the traditional commentators”. I have underlined a portion of the subtitle that indicated consonance with what I was doing – referring to traditional commentaries. As I was reading the book, I noticed a problematic, Hinduphobic comment by Bryant which I will share and discuss in this brief commentary/essay.

“As an aside, many Hindu gurus and yogīs have been embroiled in scandals that have brought disrepute to the transplantation of yoga and other Indic spiritual systems to the West. This sūtra provides a mechanism of interpreting such occurrences. If one reads the early hagiographies of many Hindu gurus whose integrity was later found compromised, one is struck by the intensity, devotedness, and accomplishments of their initial practices. Nonetheless, however accomplished a yogī may become, if he or she abandons the practices of yoga under the notion of being enlightened or of having arrived at a point beyond the need of practice, it may be only a matter of time before past saṁskāras, including those of past sensual indulgences, now unimpeded by practice, begin to surface. The result is scandal and traumatized disciples” (p.51).

The above passage in Bryant’s book is in the context of interpreting the following Yogasutra:

Abhyasa attains a firm ground when done for a long period, continuously and with devotion.

This is a very important sutra that highlights the qualities that makes Yoga abhyasa firm. It is to be noted that, abhyasa and vairagya are stated as the twin methods by Sage Patanjali to attain the state of Cittavritti Nirodha (restraint / cessation of activities of mind).

To understand the Hinduphobic paragraph quoted above, the paragraph previous to that from Edwin Bryant’s book is given below:

“The cultivation of sattva takes constant attention and cultivation—the minute the yogī relaxes his or her practices and vigilance, Vācaspati Miśra’s highway robbers of rājasic and tāmasic saṁskāras overwhelm the sāttvic qualities so arduously developed. This is because, like weeds, saṁskāras are never actually eliminated or destroyed; they remain in a latent subconscious state and thus can become activated at any moment, unless constantly curtailed (although, as will be discussed below, they can be “burnt” by certain practices, rendering them inoperable); hence Patañjali’s notion of devoted uninterruptedness over a prolonged period” (p.5).

To summarize, by letting down one’s guard in the prolonged, uninterrupted practice of yoga, negative tendencies raise the hood in yogis. Fallen Hindu yogis and gurus have been mentioned by Bryant in the subsequent passage to illustrate this. This is the context.

At the outset, let me clearly state that this essay is not to justify the behavior or brush under the carpet scandals about one or the other individuals from Hindu origins in the field of yoga, and whether such behaviors have traumatized some sincere seekers – whether in the West or elsewhere, including India. But this article is intended to call out the Hinduphobia that lurks in the background in the statements of western authors in the name of yoga or the interpretation of the Yogasutras. In this context, then, let us look at the aspects of Hinduphobia that emerge from the problematic passage in Bryant’s book:

Apart from Hinduphobia, other problems can also be noticed from the above interpretation by Edwin Bryant. They include the following:

Apart from Hinduphobic views, there are technical problems in the translation of other sutras by Bryant. I have pointed out one such technical problem in my talk in the context of the Yoga Sutra Prayantasaithilya-Anantasamapattibhyam (2.47) — “Role of Traditional Samskrita Commentaries in Fathoming Yogasutras” – (twentieth minute in the talk). More problems with Bryant’s interpretation will be discussed in due course, and while it is true that a thorough review of his entire book is needed, yet, by the ancient maxim of Sthali-pulaka-nyaya (examining just a grain/morsel of rice from a boiling pot to know whether the rice in the pot is well-cooked) this single, unjustified Hinduphobic comment may symbolize the quality of his interpretation.

As I said in the opening passage, this is just an example to highlight the pitfalls of and problems in western interpretations which are consumed unquestioningly in India. The solution would be Atma-nirbharata (self-reliance). It is good to read translations from regional languages or translations by teachers of proven and indubitable intentions like Swami Vivekananda to have a sattvik understanding of the Yoga Sutras.

Dr. Jayaraman Mahadevan earned his Ph.D. in Sanskrit from the University of Madras. His undergraduate degree was in Education, Philosophy, and English literature, and his MA degree was in Sanskrit. He underwent traditional training in the Vedas and Shastras at the Veda Vijnana Gurukulam in Bengaluru under the guidance of Pracharya Kotemane Ramachandra Bhat. Dr. Jayaraman Mahadevan now serves as the Director of Textual Research (Yoga) at INDICA.