Analysing the Quran through a Dharmic Perspective: Introduction 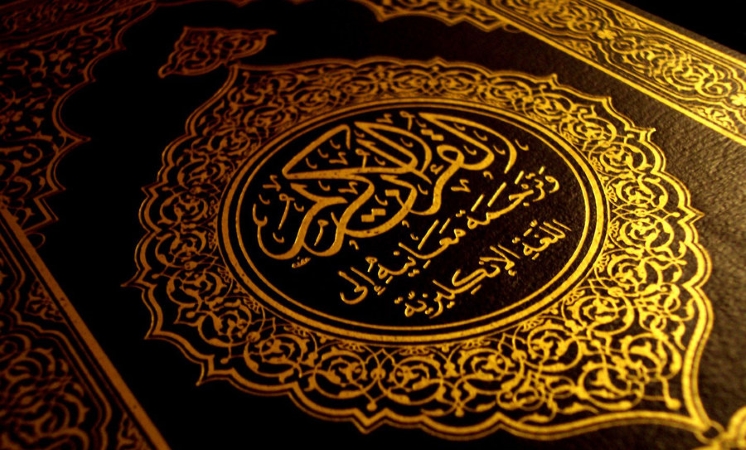 This essay is the first part of a series that analyses the Quran using a Dharmic perspective. It is a translation of the Bengali booklet  titled “Allah Ke” (Who is Allah?) published in the early 1930s, authored by Swami Satyananda Saraswati (1900—1990), founder of Shaktivada.

For the translation of the Quranic verses, Muhammad Marmaduke Pickthall’s English rendering of the Quran has been used. The translator’s notes, comments and explanations are inserted in square brackets throughout the article. Moreover, for some of the non-translatable Indic words, a glossary at the end of the article.

We have no knowledge of the Arabic language. We have relied upon Bengali, Hindi and English sources for writing this exposition. Even then, we have found a lot of differences across various sources. Therefore, we have kept the quoted citations in this exposition as much as it could be found in the work The Light of Truth [Satyartha Prakasha by Swami Dayananada Saraswati].

Mohammad Akram Khan [journalist, politician and Islamic scholar who translated Quran into Bengali] could not use the commonly used philosophical words, Ishvara or Brahman (Omnipresent God), of Bengali as a synonym for Allah in his translation. No doubt, it reveals his learning. We have also retained the word “Allah” here because the philosophy found in the Quran, invokes the characters like Yama, Lord of Death, found in the Hindu Puranas. Allah judges over the dead souls. It is the job of Yama who maintains an account-book of all the activities undertaken by human beings in their life on earth. Does Allah too maintain an account book like that of Chitragupta, the clerk of Yama (surah I al-Fatiha, verse 4; surah XIX Maryam verse 79)?

Allah erected the structure of Adam akin to His own structure [Sahih Muslim, 032: 6325; Sahih Bukhari, chapter 82, Number 5873]. This also proves that Allah is not a Omnipresent Entity like Ishvara or Brahman as also implied in surah XIII ar-Ra’d, verse 11. He prescribes an endless Paradise for those who are believers in the Quran, the Quayamat (The Judgment Day), Allah, and Rasul [The Prophet], and for the non-believers, an endless Hell (dujakh).

The judgment of Yama is far more rational than this, who awards temporary heaven or hell for all sorts of good and bad, justice and injustice, truth and lies, donation and stealing, virtues and vices. But, there is hardly any such rationale for any of the words of the Quran.

One can perpetrate atrocities believing in Allah. Again, what else is the provision other than Hell for many truthful, dedicated, broad-minded and generous people who do not believe in Allah? The precise lesson the Quran imparted to us, is that it is a book for revolution.

Hundreds of verses mention punishments if somebody expresses doubts about the truth behind Allah, the Quayamat, the Quran, the Rasul etc. The opponents knew that it was merely an irrational doctrine of faith. However, intelligent persons on its own side knew very well that it is a plan to conquer lands. In this way, by controlling a group of uneducated people, this revolution became successful. Lenin too achieved the success of his revolution in this very way.

The Quran instigates its followers to go to war against murti-worship. In the writings of Md. Akram Khan too, this instigation is observed. The Hindus know very well that Muslims do not worship any idol. They also know that Ishvara is one and all-inclusive. They know it very well that Ishvara (God) is Omnipresent, whose activities are not un-philosophical and chimerical. Hindus create murtis to help develop an understanding of different stages of experiential realisation of knowledge.

We can now turn to examine a few verses of the Quran:

In the same spirit, we can say that

2)       There is no need for the Quran and Muhammad in the land of Sri Krishna, Sri Rama and Sri Buddha.

3)       The Vedas will remain the guidance for dharma in our land.

In the Quran, we can see that Allah erected a statue, the structure of Adam. He granted life to that statue and asked His angels to prostrate before the statue. All except Iblish obeyed Him. For this disobedience, Allah became furious and kicked Iblish out, calling him Satan. From this, it appears that Allah Himself teaches idol-worship or “but-parasti” (the term for idol-worship in Islamic Theology). However, this kind of idol-worship is a piece of whimsical action without any basis of science.

Even if the Hindus worship Ishvara with a murti [a manifestation of divinity], it is not inconsistent with Hindu scriptures and philosophy. “All is nothing but Brahman” – earth, stones, trees, creatures, animals, human beings, the welkin, wind, fire, water, all are various forms of Brahman. Thus, even if we accept that Hindus worship murtis, still they worship Brahman.

But, what is the philosophical rationale behind bowing down on the earth with tremendous respect in places like markets, roads, fields, cemeteries, floors of houses etc.? Nowadays, Muslim activists are very much active against the book, Satyartha Prakasha. If Quran-ism can convert a section of our population into Mecca-ists by shattering their culture and dharma, if it can break murtis after murtis and can erect mosques after mosques by shattering sacred temples of Hindus, in the name of putting an end to “but-parasti” [idol-worship] without caring a fig about philosophy and rationality, then why can sannyasis not refute Mecca-ism as un-philosophical and irrational?

We endorse the Arya Samaj, because this powerful dharma which the Hindus have created abandoning the recourse of murti, has enhanced the vitality of the Hindus. If the recourse of murti is abominable, why don’t Muslims not join the Arya Sama? If there is no intention of revolution, we do not see any necessity to hold on to irrationality and un-philosophical beliefs in the name of dharma.

There is absolutely no possibility of making another revolution happen by this thinking. The British, experts in politics, have taken up the policy of bribing Muslims by all possible means in order to set up a permanent problem of impending revolution. And the emotional (bhavavadi) Hindu leadership is on their way to walk into the trap in their hurry to attain self-governance [swaraj] without much sacrifice. Therefore, it is undeniable that the problem has become quite complicated for us.

We bring out this booklet, with citations from the Quran, for the sake of the Hindus. The Muslim society of this land has been formed by breaking the Hindu society. Even now, Hindus are being broken in hundreds of ways. Hindus have been being ceaselessly persecuted since the time of arrival of Islam in India. The purpose of this booklet is to assess the role of Quran-ism with this immorality and also to make sure that Hindus do not let their guard down by being misled by the false propaganda created by the believers of the “equality and harmony of all religions” [Sarva-dharma-Samanvaya].

We made our commentary with due caution so that it does not hurt others’ faith. If any problem still remains, we will rectify on being informed.

This booklet will especially be helpful for the descendants of Hindus who want to come back to their ancient dharma.