Anatomy of a violent Love Jihad 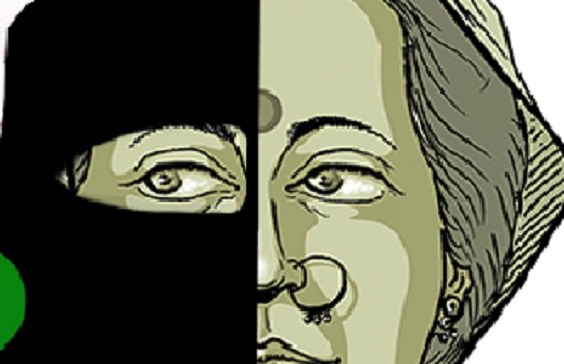 Many thankless Hindus do not give due credit to people like Yogi Adityanath who are leading the crusade against Love Jihad. In addition the grave matter is ridiculed by comparison to inter-religion marriages, without giving a thought on deceit and forceful conversion angle that fighters against Love Jihad want to highlight. There were people in Rotherham who let their daughters get raped but chose not to speak against the crimes due to phobia of getting branded Islamophobe. Leaving them to their own devices, we can now only try to understand why and how Love Jihad can escalate.

Taking up two cases from outside India, which share great similarity to the LoveJihad we face in India, but with even crueller forms and graver consequences. The names are different, but the methods of deceiving, marrying and later exploitation are same with added crimes of forcing into prostitution, trafficking and violence.

The investigative team from BBC Inside out covered how Sikh girls were targeted and forced into prostitution through series of well calculated moves and later subjected to horrific sexual abuse. The officials denied any particular community involvement, however one of the sexual groomer himself explained the rationale behind targeting Sikh/ Indian origin girls. It is heartbreaking subject to be talked about in gurudwaras but uncomfortable talking was what had to be done to highlight the menace of sexual grooming.

An ex groomer gang member in hiding told BBC in detail that how 11-16 year old girls can be used for guaranteed sex by these groomers. Sikh girls are basically targeted because a Sikh girl would not actually tell her parents what she is up to or parents will not report if they were to find out making them easy target for the abusers.

Pimping doesn’t start easily, they first pretend to be Sikh by appreance using sacred sikh symbols like kada, khanda etc. and meet during nagar keertans and langars. Usually an 18-19 year old guy approaches, asks for number and this is extremely normal in the way it all begins. Then the usually teenager girl is seduced in sequential moves, first by making her centre of attention and showering gifts, all this while slowly ostracising her from her community and friends. One thing usually leads to another but in most of the cases the girl comes to know later that her park meets, kisses and making out sessions are being photographed or video recorded by a third member. It is now that two things happen: she comes to know that the man she is seeing is not Sikh and blackmailing using the photos gets going. In 20 cases that Sikh awareness society reported till 2013, all involved Muslim groomers. However Children’s commission of England gave statement that groomers come from diverse background and Muslim clerics had dismissed the allegations.

On the promise of destroying photographs, girl is asked to go out with men three times her age one last time every time. Spiked drinks, gang rapes, drugging and more obscene videos continue. The gangs are organized and interlinked and even if one relocates within UK, the network is efficient in pulling girls in again. In 9 out of 10 times the girls go back to the perpetrators because the groomers and gang members are not hesitant to pursue girls of the virginity-linked-honour based Sikh families.

[pullquote]Pimping doesn’t start easily, they first pretend to be Sikh by appreance using sacred sikh symbols like kada, khanda etc. and meet during nagar keertans and langars. Usually an 18-19 year old guy approaches, asks for number and this is extremely normal in the way it all begins. [/pullquote]

Police has long to way to go in solving this issue due to following reasons:

Parenting needs a total overhaul because:

The good news is that Sikh awareness society (SAS) has now started their own investigation in cases and started collecting evidences. They have also been able to legally convict criminals and are getting full support from the Sikh community home and abroad.

Teenagers and children for more than 16 years suffered through the hands of older Pakistani origin men. Not only did their own police and system ignore their sufferings, for some even their parents did not bring up the subject due to fear of disrupting “ethnic and racial diversity” of the town. When number of these children grew up and spoke against the crimes in independent inquiry by Professor Alexis Jay, only then the scandal was brought to light.

A very structured model of grooming was being run for more than 20 years. It targeted white teenager girls, beginning from young boys in their early 20s coming up for a casual talk, following it with hanging out at malls and car rides. This stage would be followed by soft jokes of sexual nature to judge the interest of girls in having a sexual relationship or carry out rape, whichever easier for groomers.

The girls would be singled out from their group, they would find the boys like ‘Knight in shining armour’ even helping them with homework in initial phase. 95% of the online grooming involved white girls. Of course the dating season would only last till the gang became active after which girls were raped, trafficked to other cities and intimidated. 11 year old girls were made to witness brutally violent rape of other girls by groups of men to keep them silent.

Muslim community in Britain should be ashamed of these crimes because:

In this incident parents were not at fault, they were approachable and supported their children. But when the parents took issues to agencies and social services, they were dealt with contempt. Only after Professor Alexis Jay lead an independent inquiry into the incidents reported from 1997 to 2013, she came up with report stating more than 1400 cases of child abuse had occurred in the town. The systemic failure in services can be seen in:

Now we need to understand the factors that help Love pretending sex jehadis.

There were specific segment of girls that were targeted and their vulnerabilities exploited, which we need to carefully look into.

Girls themselves, parents, families, social services and police organization need to know these facts and ulterior motives that sometimes come along with Love, so that the crime of forceful conversions and exploitation can be dealt without racial bias or pressures of minority appeasement.

Those who believe that fight against love jihad is against the freedom to make a choice about life partner could not be more wrong. We want our girls to make informed choice, more powerfully now than ever before.