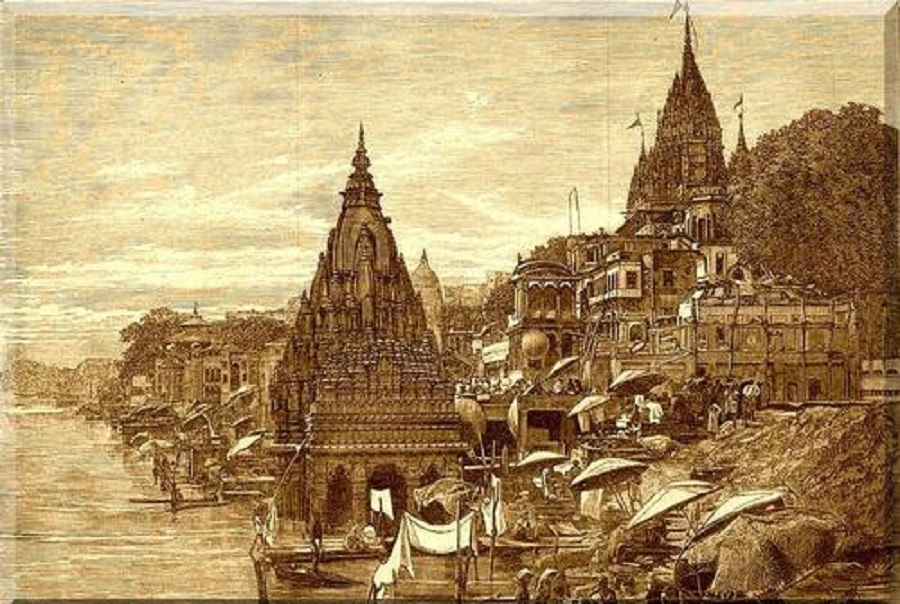 History books today begin with the Aryan invasion of India, which is said to have taken place in 1500 BC. Students are told that the ancient civilization of the Indus Valley or the Harappan Civilization was Dravidian, which was destroyed by the invading Aryans. According to this theory, the language of the Harappan seals, which contain a good deal of writing, is some form of Dravidian language, unrelated to Sanskrit. However, recent researches have revealed that there is every possibility that the Harappan Civilization was Vedic.

This also means there was no Aryan invasion and no Aryan-Dravidian conflicts either. In Sanskrit, ‘Aryan’ simply means cultured and not any race or language. I am myself a so-called Dravidian who speaks Kannada. Kannada, like all South Indian languages, is heavily influenced by Sanskrit. South Indian dynasties going back time immemorial called themselves ‘Aryas’ because they were followers of the Vedic culture. The South has always been a stronghold of Vedic culture and learning. Sayana, probably the greatest Vedic scholar of the last thousand years was a South Indian. He was the brother of Vidyaranya, who helped Harihara and Bukka found the great Vijayanagara Empire.

The idea of Aryans and Dravidians as mutually hostile people was created during the colonial period, in which Christian missionaries played an active role. It was part of the British policy of divide and rule. Bishop Robert Caldwell was probably the most influential Dravidian scholar. When criticized for his theories, he defended them “as not only of considerable moment from a philological [linguistic] point of view but of vast moral and political importance.” By ‘moral and political’, he meant Christian missionary and British colonial interests.

[pullquote]The unity of India, rooted in her ancient culture, is of untold antiquity.[/pullquote]

This shows that one of the main forces behind the Aryan invasion theory, and of education policy in general, was the conversion of Hindus to Christianity to make them accept British rule. According to the Aryan invasion theory, the Vedas and Sanskrit language were brought by these Indo-European invaders and not native to India. This is now demolished by science, technological advances, and archeology.

Using this fabricated theory, the British could claim that India had always been ruled by foreign invaders — first the Vedic Aryans, and later the Muslims. The British claimed to be Aryans (as Indo-Europeans) and therefore only the latest rulers of India, but related to their own ancient Aryans who also were foreign invaders! Christian missionaries took advantage of this by enjoying the patronage of colonial rulers. The presented the Bible as ‘Yesurveda’ — or the Veda of Yesu (Jesus).

Many influential British officials felt that the conversion of Hindus to Christianity would make them readily accept British rule. The most influential of these was Thomas Babbington Macaulay who introduced the English education system in India. He made no secret of his goal of conversion of India to Christianity. In 1836, while serving as chairman of the Education Board in India, he enthusiastically wrote his father:

Our English schools are flourishing wonderfully. The effect of this education on the Hindus is prodigious. …… It is my belief that if our plans of education are followed up, there will not be a single idolator [Hindu] among the respectable classes in Bengal thirty years hence. And this will be effected without any efforts to proselytise, without the smallest interference with religious liberty, by natural operation of knowledge and reflection. I heartily rejoice in the project.

So religious conversion and colonialism were to go hand in hand. Christian missions always supported the colonial government, with missionaries working hand in glove with the British government. Christian missionaries supported the Jallianwallah Bagh Massacre too, even though many Englishmen were ashamed of it. In a real sense, Christian missions were not religious organizations at all but an unofficial arm of the British Administration. The same is true of many Catholic missions in Central American countries. Many of them are in the pay of the American CIA. This was admitted by a CIA director, testifying before the Congress. It is pertinent to read the detailed investigationsby Arvind Kumar into the CIA’s long record of funding missionaries in his article titled The Religious Crusades of the CIA.

It was part of the Macaulayite education program to distort Indian history to serve British colonial and Christian missionary interest. To do this, he employed a German Vedic scholar now famous as Friedrich Max Müller.

Macaulay used his influence with the East India Company to find funds for Max Müller’s translation of the Rigveda. There can be no doubt at all regarding Max Müller’s commitment to the conversion of Indians to Christianity. Writing to his wife in 1866 Max Müller himself explained his purpose:

It [the Rigveda] is the root of their religion [Hinduism] and to show them what the root is, I feel sure, is the only way of uprooting all that has sprung from it during the last three thousand years.

Two years later, he also wrote to the Duke of Argyle, then the acting Secretary of State for India:

“The ancient religion of India is doomed. And if Christianity does not take its place, whose fault will it be?”

His job was to uproot Hinduism by giving a negative version of the Vedas! Unfortunately, the version of history being taught to children in Indian schools and colleges, including the Aryan invasion, is the version created by Macaulay and Max Müller. It is a tragedy. It is not only anti-national but also totally false.

Unity of India is of untold antiquity

It was claimed by the British, and faithfully repeated by the Leftist intellectuals, that the British unified India. This is completely false. The unity of India, rooted in her ancient culture, is of untold antiquity. It may have been divided at various times into smaller kingdoms, but the goal was always to be united under a ‘Chakravartin’ or a ‘Samrat’. This unity was cultural though not always political. This cultural unity was seriously damaged during the medieval period, when India was engaged in a struggle for survival — like what is happening in Kashmir today. Going back thousands of years, India had been united under a single ruler many times. The earliest recorded emperor of India was Bharata, the son of Shakuntala and Dushyanta, but there were several others. I give below some examples from the Aitareya Brahmana.

“With this great anointing of Indra, Dirghatamas Mamateya anointed Bharata Daushanti. Therefore, Bharata Daushanti went round the earth completely, conquering on every side and offered the horse in sacrifice.

Atyarati, though not born a king, became an emperor and went on conquer even the Uttara Kuru or the modern Sinkiang and Turkestan that lie north of Kashmir. There are others also mentioned in the Shathapatha Brahmana and also the Mahabharata. This shows that the unity of India is ancient.

Also, the British did not rule over a unified India. They had treaties with the rulers of hereditary kingdoms like Mysore, Kashmir, Hyderabad and others that were more or less independent. The person who united all these was Sardar Patel, not the British. But this unification was possible only because India is culturally one. Pakistan, with no such identity or cultural unity, is falling apart.