Another big reason to give Narendra Modi another chance! 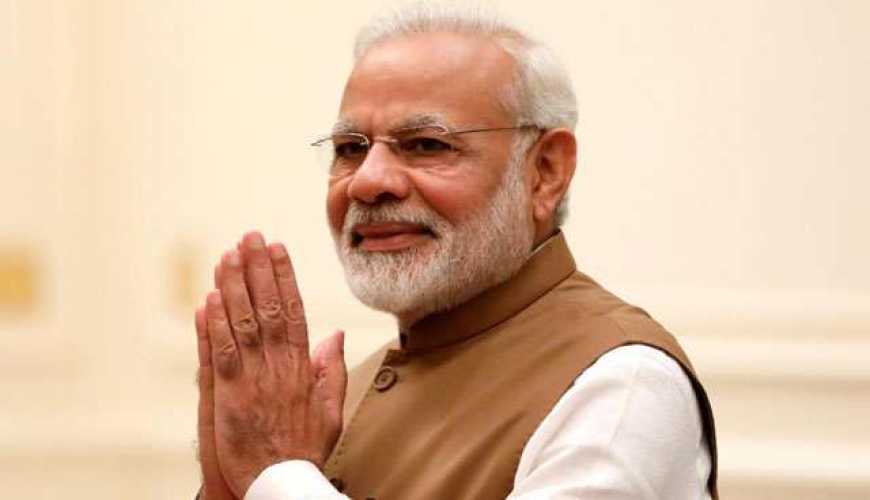 The Indian elections are underway and tensions are running high. The chances of the outcome are similar to that of a ball game, though it is not the players who decide the results but the performances of the audience. It is clearly different from the last elections when the voters gave a clear mandate to the Bharathiya Janata Party under Narendra Modi. Partly it was the non-performance and corruption of the UPA and partly it was Modi’s persona that was the deciding factor in the last elections. It is also clear today that it will be Modi’s persona and his performance alone that will decide the outcome. Well, I have another big reason to back Modi for another term.

In the last elections, pitted against Modi’s track record in governance of Gujarat, there was little surprise for anybody to see the Congress rout, except for the Congress party themselves. Till Modi came to power in 2014, elections were a different ball game in independent India. People had tried to get rid of the Congress few times, briefly after the emergency in 1977 and then during A. B. Vajpayee’s time, but Congress bounced back mainly due to the peculiar configuration of the electorate divided by caste and religion, and which had been encouraged by all the parties since the start.

From the word ‘go’ in independent India, Jawaharlal Nehru cemented the first dynasty by bringing his daughter into the helm of affairs. This set a trend for Abdullahs, Yadavs, NTRs and YSRs and so on to launch and perpetuate political dynasties. This was facilitated by the singular, constant policy of wooing castes and communities and getting the vote blocks from each group. Since the dynasties and their acolytes regularly got elected time and again, nobody cared about genuine governance or had any sort of commitment except to their own dynasties.

Amassing wealth and clinging to power by hook and by crook by the dynasties became the norm in Indian politics. The exceptions were marginal. Bribing the decisive communities by cash, promising and rewarding community leaders for voting en masse and doing nothing but looting public money for another term became the rule of the game for all concerned. If something got done, it was a side effect and an afterthought. This was eerily reminiscent of the British times when the colonial power did all they could to loot, while rewarding their native sidekicks and punishing the general masses at large. The masses saw the rulers as they actually were and tried to evade taxes and cheat the colonial government whenever possible. The relations between the rulers and the masses that persisted even after independence were very similar to that of a colony. The dynasties acted like colonisers and their tax officers acted like colonial agents, taking bribes and whatnot, to carry out their karma.

Under the conditions mentioned above, there cannot be any scope of progress through governance. Many top leaders of our country were nothing more than spies and agents of other countries, if we were to cast a glance at the Mitrokhin Archive and the leaked or declassified CIA papers. In fact, this state of affairs was logically consistent if one were to trace the origin and rise of the Indian National Congress. Though the traditional narrative describes the Indian National Congress as the “first modern nationalist movement”, most people forget that it was founded by a British officer named A. O. Hume in 1885 at the instance of the British government to pacify the natives after the bloody uprising of Indians in 1857.

The basic idea of INC was to install Indians who were subservient to British culture and the British Empire at the helm of this organisation. The British believed that this would give the façade of self-governance while keeping the Indians under their yoke, because they knew they could not risk another violent uprising. And when the British were forced to leave many years later, prompted by the violent rebellion in the Indian Royal Navy following the actions of the Indian National Army at the end of the World War II, it was the Indian National Congress that saved the face of the British. They provided the smokescreen to give an impression that they were leaving the country for a civilsational reason, with the unparalleled sense of British “fair play”, admiring the non-violent struggle of M. K. Gandhi and the Congress. Actually, the real reason was completely different! Gandhi and Nehru provided the fig leaf for the British to cover their shame, and the Congress and the general political dynasties in India are still providing this cover as if the colonial powers never left!

In February 1946, in what is now known as the Indian Naval Revolt, around 20,000 Indian sailors of the Royal Indian Navy on 78 ships refused to obey their British masters and instead brought down the Union Jack from the masts, hailed Subhas Chandra Bose as their leader, took their British officers prisoners and forced them to shout “Jai Hind”. For the 40,000 British troops stationed in India, the decommissioned 2.5 million battle-hardened Indian soldiers were a nightmare. Military intelligence raised the red flag in Britain and independence of India came at express speed.

This circumstance is corroborated by P. B. Chakraborty, the Chief Justice of the Calcutta High Court who was also serving as the acting Governor of West Bengal at that time. In a letter, the Governor quoted Clement Attlee who spent two days with him at Calcutta: “In his reply Attlee cited several reasons, the principal among them being the erosion of loyalty to the British crown among the Indian army and Navy personnel as a result of the military activities of Netaji.” This is found in the book “Bose: An Indian Samurai” by military historian G. D. Bakshi.

Though the British left, they left their imprint and their stooges in India. The Congress asked Louis Mountbatten to stay behind to oversee the partition and it took some more years to actually get rid of them absolutely. India is still paying for this decision and it will remain an ugly wound on India physically and psychologically by way of Kashmir. So, actually, the political scenario in India before the arrival of Narendra Modi in the Prime Minister’s Office was a circus orchestrated by foreign powers. One only has to go through former PM Manmohan Singh’s address at the Oxford University in acceptance of an honorary degree given to him in 2005, to know and realise what I am talking about. Mr. Singh was a custom-made puppet for the Indian National Congress, and Sonia Gandhi’s presidency of the party was most apt to reflect the organisation’s spurious origin and what it stands for.

To get rid of the last traces of India’s colonial past and revive its ancient civilisation, and also save the country from the yoke of foreign rule, we have to first get rid of the dynasty parties. In order to do that, there is only one party at the moment – the BJP under Narendra Modi. The dynasty parties starting with the Congress have to be removed from politics in order to regain true and total independence for the country. To realise that, we have to get Narendra Modi elected at least two more times. This is my big reason to vote for Narendra Modi.

Added to that, Narendra Modi’s credentials speak for themselves! Despite growth-stopping basic structural reforms like demonetisation and introduction of single taxation (GST), one trillion USD was added to the GDP in just 5 years, which amounts to one-third of the previous GDP. Exports have increased in five years from 314 billion USD to 540 billion USD. Inflation is steadily curbed at below 3.5% now, compared to more than 10% in 2013, which is perhaps the best among Modi government’s achievements. Over 100 million toilets built for the poor in 5 years, 70 million LPG gas connections provided free of cost to poor households, 18,452 villages and 42 million houses got electricity connections, and numerous old projects that have been pending for more than 40 years completed or re-started. The number of tax payers doubled and the country, for the first time since 1947, looked like an independent nation.

There is a lot more to speak of as Modi’s achievements, but I am mentioning only a few, just as an example to show that Narendra Modi is on the right track as far as his programmes are concerned, because all of them are basically aimed at alleviating the conditions of the poor, give a helping hand to farmers, improve the middle class and facilitate business.

The campaign against Narendra Modi’s government and the B JP in general, particularly in Kerala, has been despicable to the core because it revolved around irrational hate. Most of the people were educated enough not to sing praise of Rahul or the Congress or the Left alliance, because everybody who was self-aware knew there was absolutely nothing worthwhile to say. So they went on a hate binge accusing Modi and everybody who uttered a good word about him of the most heinous crimes – you name it and Modi was the culprit. As if chanting “Modi is chor” a thousand times would actually turn Modi into a thief!

People on social media think I have gone bonkers because I have a good word for Narendra Modi, particularly because I come from the Christian community. However, I always have had a good word for him, starting almost two decades ago, because I found him an able administrator who achieved results, rising above caste and religion. Moreover he has no colonial baggage dragging his psyche down and which factor enables him to stand straight among the leaders of the world and talk to them at the same level. The Indians living abroad know for sure how the prestige of India and Indians has grown in the last five years: just because of one man named Narendra Modi. The seven international awards he garnered in these five years speak for his stature as a statesman and he has done the nation proud!

Voting for the lotus is a vote for Narendra Modi and you may do it for a future India that is fiercely independent and a leader of nations!