Archbishop knows no better than his god 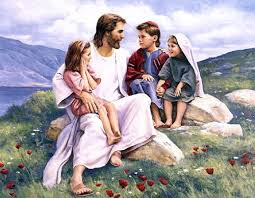 One of the darkest chapters of history belongs to the Catholic Church, where, for a long time, pedophile priests have sexually abused and raped defenseless children. These victims have been as young as three years old with most victims falling between 11 and 13 years of age. This is not a phenomenon limited to the Catholic Church. All denominations of Christianity are guilty. Christianity not only targets vulnerable children for religious brainwashing but also creates a control structure in which women and children are expected to be submissive (Ephesians 5:22 and Ephesians 6:1-4). The Bible even mandates killing a child for merely talking back to one’s parents (Leviticus 20:9). Besides, Christian educational institutions and Sunday schools are run by priests which gives them easy access to and control over vulnerable children. Christian priests have exploited this vulnerability. As a result, countless children have been raped and sexually abused.

It was only in the 1980s that these scandals began to receive media coverage in the U.S.A. However, nearly three decades later, justice has not been meted out to the child victims. Instead, the Church has exploited a sympathetic judicial system to delay the trials. In the meanwhile, Church authorities, starting with the pope, have effectively defended and shielded the rapist pedophile priests. It has taken decades just to get the Church authorities to depose.

Archbishop Robert Carlson stated in a recent deposition that he did not know that it was a crime for Christian priests to have sex with children. Christians aren’t shocked by this remark and have largely remained silent. Reasonable persons, on the other hand, have condemned the archbishop for his statement. However, one must see the archbishop’s statement in the light of the conduct of the god of Christianity as reported in the Bible.

In other words, the god of Christianity had sex with a child and made her pregnant. The Bible says that this god would have been a few millennia old at that time. This is a classic example of an aging pedophile raping a vulnerable child. If the god of Christianity didn’t know that it was wrong to have sex with a child, is it surprising that the archbishop doesn’t know any better?

A Christian apologist was offended when I made this remark on Facebook. Her reaction is typical of how Christians respond to such moral issues. They simply avoid the core moral issue and attempt a diversionary tactic. She protested, “Joseph did not have sex with Mary before marriage. Mary was impregnated by the Holy Spirit (part of the Godhead).” In my reply (pretending that the Bible is narrating history), I agreed that indeed Joseph did not have sex with the Virgin Mary on that occasion. It was the god of Christianity that did. It makes it all the worse because despite having had no role in the pregnancy, Joseph was forced to provide child support. I then sarcastically added, “I won’t deny that the god of Christianity attempted a novel way to impregnate the Virgin Mary. It appears from your comment that he used a part of his ‘head.’ Still, he should have known that it is wrong to have sex with a child – even if the god of Christianity used his ‘head.'”

So, the widespread incidents of pedophilia and child rape in the Christian Church are inseparable from the core Christian beliefs which promote irrational thinking and submissive behavior and justify an immoral and sinful conduct as divine blessing. The tendency among the Christian faithful to either defend such pedophilic behavior or remain silent about it has resulted in the widespread pain and suffering of vulnerable children that are unfortunate enough to be born into Christian families. In many Third World countries, where there is little free speech and the Church is powerful, sexual abuse of children is hardly reported.

Archbishop Carlson’s apathetic response is not an aberration. It is a natural consequence of a worldview warped by immoral and inhumane Christian teachings. It is time that Christians as well as reasonable persons recognize that the core Christian teachings, belief systems, and control structures are the primary reasons for the millennia-old child sex abuse pervasive in the Church. Let us work toward dismantling them. Ridicule is a powerful weapon while taking on irrational belief systems and should be widely used for the sake of protecting children.

(Kalavai Venkat is a Silicon Valley-based writer, an atheist, a practicing orthodox Hindu, and author of the forthcoming book What Every Hindu Should Know About Christianity.)