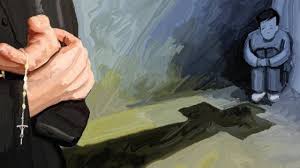 On May 7, 2020, Australia’s Royal Commission into Institutional Responses into Child Sexual Abuse released redacted (censored) portion of its report. The Final Report: Religious Institutions (FRRI) 2017 and the unredacted part of the report reveals the dark world of child sexual abuse in the Christian establishment.

The un-reacted part of the report has three parts: Part 1 details case studies of child abuse in five Catholic institutions in Ballarat (Australia). These include St Joseph’s Home, St Alipius Primary School, St Alipius Parish, St Patrick’s College, and St Patrick’s Christian Brothers Boys Primary School and the public hearing thereof. Part 2 details the case of Catholic Archdiocese of Melbourne and its public hearing and Part 3 is about the response of the Catholic Diocese of Ballarat and other Catholic Church authorities in Ballarat to allegations of child sexual abuse against clergy, and that of the Congregation of Christian Brothers (Christian Brothers).  The three un-redacted versions included: Un-redacted Report of Case Study No. 28: Catholic Church authorities in Ballarat (535 pages), Un-redacted Report of Case Study No. 35: Catholic Archdiocese of Melbourne (289 pages),  and Un-redacted Volume 16, Religious institutions Book 2 which focussed on Catholic institutions generally (936 pages).

The FRRI (2017) reveals the dirty world of child sexual abuse inside Christian institutions.

One of the witnesses, for example, told the Commission: ‘’The sexual abuse was horrific. It was painful, it was traumatic. It was terrible. And the fact that it happened twice was inconceivable. But it was just a chapter. For me the whole experience I had in that place was of abuse at any stage, physical abuse, beatings, indiscriminate beatings. I was so traumatised. I was so scared’’ (FRRI 2017:84).

In the Christian Brothers case, survivors narrated how it brought back memories of their childhood sexual abuse, leaving them feeling disempowered.  One survivor told the Commission: ‘’when the two Brothers entered the room I cringed with fear. Even though I was an adult man … the fear from my childhood just came flooding back to me when I saw them. One of them was just looking at me and I thought to myself, ‘Gee, I have completely lost’ (FRRI 2017:455).

Yet another survivor told ‘’I had a number of serious psychological conditions, including post-traumatic stress disorder, anxiety, depression, substance abuse problems’’ (FRRI 2017:469).

A survivor advocate Dr Doyle has well-summarised the devastation that abused children undergo – many throughout their lives.

‘’The narcissistic cleric fails to grasp the devastation his sexual abuse causes his victims, their families and the church community in general. Many victims have testified that their perpetrators convinced them that the sexual activity was special because it was ‘with Father’. Others have testified that the perpetrators actually intimidated and threatened them with divinely inspired retribution in this life or the next for speaking ill of a priest’’ (FRRI 2017:605).  Dr Robinson confirms this. ‘’ Narcissism was one of the prominent personality ‘flavours’ she had encountered in priests and religious perpetrators in Australia with whom she had worked’’ (FRRI 2017:605).

The healing process that the Church offers to survivors is even more traumatic. A survivor narrated ‘’he was ‘left feeling really suicidal by the end of it’. He said, ‘Even today, going to Melbourne is traumatic for me, because it reminds me of the Towards Healing process’’ (FRRI 2017:438)’’.

The FRRI redacted part reveals the role of Cardinal Pell – one of the highest officials of the Vatican.

The Role of George Pell

The redacted report notes that Cardinal George Pell failed child sex abuse victims. The Cardinal knew about the accusations against clergy in Victoria of clerical child sexual abuse and though he could have prevented those it appears he did not.

George Pell is not an ordinary Catholic head. He is the senior most Catholic official in Australia and holds one of the most powerful jobs in the Vatican as Secretariat for the Economy. He is like the Treasurer of the Vatican and the Holy See in Rome. He ranks number three after Pope Francis and was tipped to replace the Pope in due course.

After the release of the un-redacted report of the Royal Commission, the Victorian Police charged Cardinal Pell with historical sexual assault offences in 2017.

Cardinal Pell was found guilty of sexually penetrating a child under the age of 16 and of four charges of sexually abusing two boys in early 1997 at St Patrick’s Cathedral in Victoria. The conviction of the Cardinal was upheld in the Supreme Court of Victoria. However, after more than a year in jail, he was released from prison, following an order from the High Court which overturned his conviction.

Before the release of the redacted findings, Cardinal Pell said “I’d be very surprised if there’s any bad findings against me at all,”. When the findings were tabled the next day, it was found that Pell’s involvement was neck-deep in the scandal.

The redacted report notes that Cardinal Pell lived in Rome and outside of the Royal Commission’s territorial jurisdiction. Consequently, he could not be compelled to appear in person to give evidence.

Interestingly, the Vatican’s Pope Francis had earlier praised Pell for his honesty and response to child sexual abuse and is still silent on the Pell saga.  But how long can it maintain such a stoic silence and continue to shield one of its most important functionaries? It is probably hoping that the Pell matter would soon gather dust and would be off the headlines of newspapers so that the entire issue could then be quietly buried.

Is it not both ethically and morally wrong on the part of the Vatican to turn a Nelson’s eye when grave violations of authority have come to light in the Royal Commission Report?

Save the Children of the World

The Christian establishment has a 2,000-year-old history of sexual abuse. ‘’There is a two-thousand-year history of Biblical, Papal and Holy See statements showing awareness of clerical child sex abuse’’ (FRRI, 2017: 123) and yet the Church has miserably failed till date in correcting its course as the Pell saga reveals.

It seems given the track record of child abuse, the Church attendance in the US has seen steep decline.  The case of Australia is no different. 92% of Australians do not visit the Church on a regular basis. As people in the West get disenchanted with Christianity, the missionaries aggressively engage in conversion activity in India and Africa. But instead of embarking on conversion activities among illiterate and poor across the world, the Church would do well to send its officials to correctional centres and save the children of the world from child sex abuse. If God answers prayers, why did he not heal the Catholic clergy when they abused children for over 2,000 years?

To protect children in India, the Government of India needs to ban foreign missionaries entering India and also keep a strict vigil on Christian institutions in India and the activities that take place inside such institutions. The nuns rape case in Kerala or the baby selling scandal in Mother Teresa’s institution did reveal the dirt hidden underneath the white robes. The Royal Commission in Australia is sounding the alarm bells once again. If the wake-up call goes unheeded, we will be entrusting our children – the future of India – in the hands of a wolf wearing ship’s clothing.

NGOs and other social organisations have big role to play to let people know about the child sex-abuse history of the Christian establishment of over 2,000 years.

Ordinary people would do well to watch out for conversion activity around them and send the child abusers packing home in their own interest and in the interest of their children and grandchildren. Also, next time a Christian derides you as a Sanatana Dharma follower pointing at the caste system, counter-question about the rampant child sexual abuse within Christian institutions as revealed by the Royal Commission in Australia in its voluminous report.