A Primer in Economics: Theft 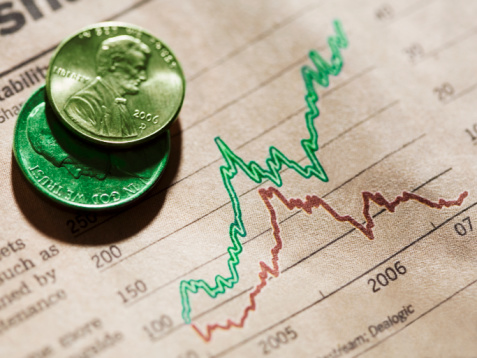 Why are some countries poor while others rich? That’s a more complex question than the question why a particular person is rich and another poor. The difficulty in the latter case arises because an individual is at the mercy of factors out of his/her control, while in the case of a collective, the collective determines its destiny through the choices it collectively makes.

There’s the problem of endogeneity when one considers the collective: society determines the environment, which in turn determines how the society functions. In this series, I will explore one simple idea, and it is this–Societies that steal are less able to produce the good society in contrast with societies that are in some sense honest.

The good society is one which is at the very least, not materially impoverished. I believe that theft is a factor in the poverty of societies. If indeed it is so that stealing is implicated in the poverty of nations, then it is possible for us to figure a way out of the problem. That we will see in the end.

Generally, while growing up we are admonished that stealing is bad, and we internalize it as children. That’s part of the universally accepted socialisation of human society. And as children, we know it is a bad thing even though none of us is entirely innocent of that act. It’s a common enough human failing and no great sanctions attach to it.

Mercifully, idiosyncratic stealing as adults is uncommon enough that it does not impose too much of a cost to society aside from some light-handed policing. Most of us don’t consciously steal as individuals. But theft undertaking collectively is a matter that has immense social costs. Collective theft ultimately devastates societies.

We must not only not steal ourselves but also must ensure that we don’t allow others to steal from us. In this piece, I will explore why stealing is perhaps one of the worst things that you can do or have done to you.

It is my belief that systematic or organized – as opposed to idiosyncratic – stealing is quite pervasive and at one level of analysis, is the basis of all maladies that afflict human society. Stealing is the most common form of dishonesty and its central role in human misery is not fully appreciated. Practically all problems of human society can be traced back to acts of theft, and dishonesty, which is the fountainhead of stealing, is the greatest sin (if sin is defined as anything that reduces welfare), much greater than greed or lust.

We know what stealing is. It is easy for us to identify an act of theft: the taking of something that is not rightfully yours, either by stealth (theft) or by force (robbery.) But not all theft and robbery is as easy to identify as when someone picks your pocket or someone mugs you and grabs your wallet.

Pick pocketing, robbery and other related petty crimes are obvious enough and thankfully rare in even minimally organized societies. Policing is sufficient to keep them under control But we are not aware of organized theft that is largely invisible and tremendously corrosive to social wellbeing. It is not just hard but impossible to control organized theft through policing alone. It is so because those who control police forces are usually those who organize the theft.

To get a sense of what stealing and theft are in the context of this piece, let’s consider what is not theft. Trade is not theft. Remember this. Those who are against free and voluntary trade are indirectly supporting theft, as I argue later.

Trade is a good thing

Trade involves exchange – the giving and receiving of something of value – and all voluntary trade increases the well-being of both parties involved, and therefore is socially beneficial. Except in a “Robinson Crusoe” economy (the simplest economy with a total population of one), every economy depends on, and is involved in, trade.

People are the only life form that extensively trades (with the possible exception of other primates), and people are what an economy is all about. But why do we trade? Because we as individuals have different skills, different tastes, and a variety of needs which can be met only through different material goods and services. None of us is capable of producing everything that we need and use.

The farmer knows how to grow food, the doctor how to maintain health, the technologist how to build gadgets, but no one knows it all. So we do what we can do best and then trade our production with that of others. This way we expand the set of consumption choices. Among the core characteristics that make us human is our preference for variety and our instinctive ability to trade.

There are two important points we must mention here briefly, and to which we will return in due course. First, each one of us knows something better than anyone else in the world, living or dead. It is this: we know who we are, what makes us tick, and what we can produce and what we like to consume.

In other words, you — and only you — know your preferences and abilities. So you are the best judge of what you should do, not someone else. And having produced, you know better than anyone else what you would like in exchange for your production.

Which brings us to the second point: freedom. Specifically the freedom to produce and consume what you wish. If your production and/or consumption activities are constrained by others, you are necessarily worse off than if they were not. Freedom is a necessary condition for individuals to achieve their potential, and a society of free people is better than a society where at least some people are not free.

The things we need we acquire either by being given them or by producing something that we trade with others and get in exchange. There’s one more avenue other than trade for what we have – charity. Charity is what is given in exchange for nothing material. As noted earlier, giving voluntarily is a good thing. The role of charity in human affairs is not generally fully appreciated but has a very critical role in the functioning of a good society.

What is a good society?

We should pause briefly to consider what is a good society. I would define it as one where there’s absence of conflict, and where people are free of coercion and are not materially or non-materially deprived within the limits of the existing state of the art of technology.

If, for instance, the society is capable of producing enough food given the technology and the resource endowments, and yet if there are some people who are malnourished and hungry, then that is not a good society.

By this criterion, very few societies in the world are good. The world has the capacity to produce – and actually produces — food sufficient for the eradication of hunger. And yet there is hunger in the world. The global society is not a good society. Theft is implicated in this global disaster.

Theft is pervasive. We just can’t see it because much of it is disguised and indirect, and therefore invisible. I claim that we don’t have a good society because of pervasive theft. We have to make visible the invisible theft by outlining instances of it, at least in general terms.

The taxonomy of theft

Let’s create a taxonomy of theft. One simple categorization of theft could be along the lines of economic efficiency. There’s efficient theft and then there’s inefficient theft. When one party’s loss is the other party’s gain, the theft is “efficient.”  You lost a jacket but the thief gained a jacket. It’s just a redistribution of stuff.

But even when economically efficient, theft can lead to social welfare losses. If you lost your only jacket but the thief already had a closet full of jackets then your loss of utility is greater than the gain in utility of the thief. Efficient theft that leads to decrease in social utility I will term as “anti-Robin Hood” theft.

On the other hand, if you had a closet full of jackets and the thief had none, then of course social utility increases since the decrease in your utility is lower than the increase in the utility of the thief. Theft which efficient and also leads to an increase of social utility can be termed “Robin Hood” theft.

Theft in which the victim’s loss is greater than the thief’s gain is “inefficient.” Economically inefficient theft is the worst kind because it necessarily leads to social welfare losses. Your welfare decreases because of the loss of your jacket but the thief gains nothing because he just puts it in the dumpster. This is “Stupid” theft because it involves a loss to someone but there is no compensating gain to anyone else.

Organized theft requires an institutional framework to operate. There are rules and a code of conduct, and office bearers and hierarchies. There’s institutional memory and well-understood methods of operations. There’s history and tradition associated with organized theft.

So that gives us six types of theft.

Regardless of which type, all theft involves a loss to the original owner, or a “first order” loss. There is another loss which is a second order loss, and it is a social welfare loss which arises from the incentive distorting effect of the loss.

To produce anything of value requires effort. But if you realize that your production could be stolen or taken away through some other means, it reduces your incentive to put in the effort to produce. That is, it “distorts your incentive” to produce.

An example of incentive distortion is income taxes. Knowing that a certain part your earnings will be taken away changes how much you would have worked otherwise. If you know that what you worked for could be stolen, you will avoid putting in the effort. This means that society as a whole loses some production as a consequence of the theft.

We should distinguish between legal, illegal, wrong and right. Something being legal does not make it right (morally or economically), and conversely something being illegal does not necessarily mean that it is wrong. Taxes imposed by governments are usually legal but sometimes they are economically inefficient and/or morally wrong.

Although both theft and trade involve two parties, they lead to dramatically distinct results. Theft is an aggressive act which negatively impacts the involuntary party, while trade between consenting parties is beneficial to both. Trade, as opposed to theft, has to be one of the central organizing principles of a good society.

In any society, trade and theft are opposing activities. To the extent that the one is promoted, the other is inhibited. Where theft flourishes, trade languishes, and vice versa. In general you may find that people who benefit from theft are not in favour of trade.