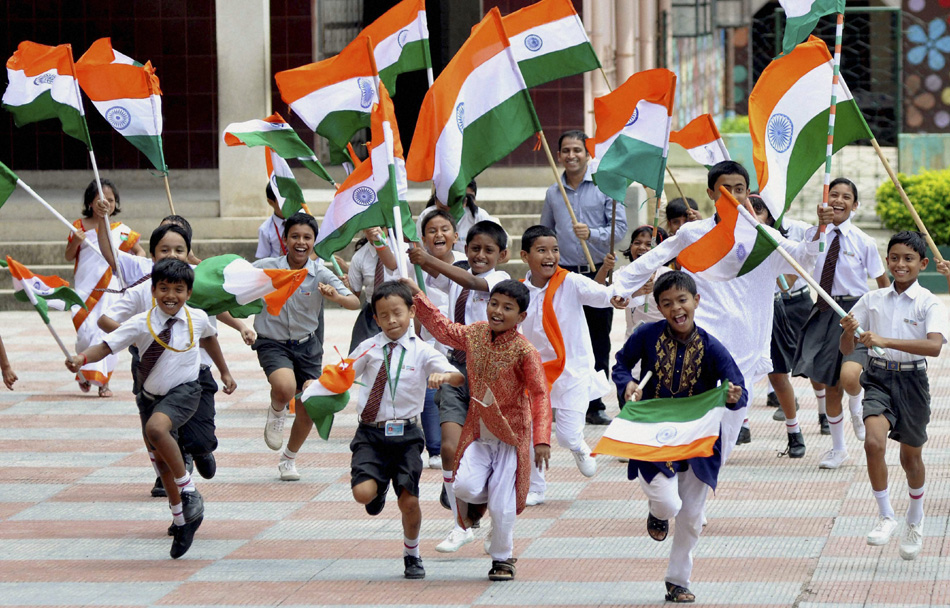 The idea that Indians do well abroad and are held back at home is an oft-repeated conviction in its city salons. Indeed the common man has also heard of glittering Indian successes abroad and suspects that all is not well at home, where it is apparently hard to get ahead. The implied conclusion is that India must imitate countries that have allowed Indians to succeed.  In fact, the country most have in mind is the US, from which stories of dramatic Indian successes mostly emanate. Other countries like the UK, Australia some in Europe and even Singapore figure, but it is the US that exercises the greatest fascination for the Indian imagination.

The success of their fellow countrymen admired and envied take the shape of large homes, swank cars, cool attire and that prized accent that distances the proud speaker from bumpkin cousins at home. Who will have not heard some self-conscious American drawl in an Indian restaurant and not felt obliged to react with unspoken deference against one’s better judgement?! But who are these ethereal NRI Indians one is compelled to enquire if the slightest social scientific understanding of the phenomenon is to be attained.

The nature of the success abroad provides its typology, ranging from easy excellence in examinations and the professions to business and a smidgen of public office appointments in recent years. The most obvious question that arises is whether or not similar stories of personal advancement in India can be found despite all its travails? India has its Reliance, Wipros and Infosys and myriad other successes. There is no shortage of lawyers like Harish Salve and whiz kid accountants, doctors and Sridhars in the professions and public service. Indeed countless Indians have quietly enriched themselves in the two odd decades after liberalisation began in 1992. Clogged city roads are full of high end cars and the prices charged in restaurants and malls make even the visiting NRI gasp in shock. Some Indians can obviously afford this overpriced life style.

Unnoticed in the past decade, NRIs no longer automatically feel they have much higher spending power when they visit India. Housing in some major Indian cities is more expensive than many locations in New York or London, as cursory scrutiny of real estate advertising quickly establishes. So, the stories of success and resulting Pharaonic comparative wealth are less true for many middle class NRIs than too readily assumed. Their bumpkin cousins now seem to wield hefty purchasing power and also shop abroad if they fancy. But the issue is not so easily settled and there nags the feeling life is definitely so much better in New York, San Francisco, London and Paris. Quite clearly these cities are superior to live in, much better run and possess better public services. NRIs have a superior life style and perform better in such locations, which have reasonable transport, access to basic services like uninterrupted power supplies, easy availability of essentials like water and fuel for cooking, etc.

However, the socio-economic make-up of emigrants from India has depended on their destination. Migration to the UK was dominated by blue collar workers and they have undoubtedly prospered compared to those they left behind in places like the Punjab. The economic reason for their enhanced living standards is due to the rapid absorption of NRIs in higher productivity jobs compared to what might have been available in India. NRIs were also savers and mostly managed to buy their own homes, which turned out to be a good investment. Professional NRIs like doctors also abound in the UK and benefit from the relatively high salaries of medical practitioners although their highly regarded counterparts in India also do well because of the significant rewards of private practice.

NRIs in the US are very different to Indian migrants settled in the other major destination, the UK. The majority of NRIs in the US are professionals because it has an imperious policy of leeching on the human capital of other societies, especially poorer ones.  Professionals belong to an elite class in the profoundly unequal society the US happens to be and are suitably well heeled. Medicine, for instance, is a business like real estate and most doctors are more anxious to become multi millionaires than heal. Successful healing is a by-product of high tech intervention and the threat of legal sanction for failure. This is unfortunately the model that India is also adopting, but one unworthy of emulation. Alas, this is in fact the example of NRI success in the US that subliminally prompts the desire of many in India to imitate it.

Indian NRI business success in the US derives from unique characteristics of their enviable predicament. Those who leave India for US shores are some of its most gifted and highly educated and were likely to have also made good had they remained at home. But the US experience is different in one important respect, which is its much greater wealth, as one of the richest places on earth. Thus, success in business is very much a product of the significantly higher level economic well being the US enjoys. The entrepreneur and inventor in the Silicon Valley operate in a society that already happens to possess a ready market of large numbers of well-to-do customers. It offers a much higher chance that a quality product invented and marketed will sell, making the entrepreneur wealthy. India obviously lags behind in this regard as a society that is at a considerable distance from US living standards. But US society is also highly receptive to creativity and out-of-the-box thinking, rewarding merit unlike India where nepotism and status are prominent. The fundamental difference between India and the US, where NRIs succeed, is the disparity in their levels of economic development. But it would be foolish not to recognise that India has long been mismanaged as an economy and society. It inherited mediocre politicians after independence, lacking the intellectual wherewithal to comprehend appropriate policy for their impoverished country. Over time, its politics also became thoroughly criminalised and communalised to give the criminals an alibi for grand larceny. Economic policy espoused in the first four decades was also deeply misconceived, hostile to entrepreneurship and envious of success. The future was and remains hostage to errors of past policies and the clientele of beneficiaries created by mindless state control. One particular area of consequential Indian failure has been the inability to nurture scientific endeavour, with the most gifted fleeing abroad to achieve their celebrated successes. The dead hand of the state virtually killed Indian invention and research activity in everything from mathematics and physics to chemistry and the allied sciences. There was success in some areas like space research and atomic energy, but they merely underline the huge failures across the board elsewhere.

Thus, there is more than a grain of truth that NRIs succeed abroad because they function in societies run more rationally and not merely because of the greater prosperity in them. Yet, this inference is a half-truth. Professionals and entrepreneurs are indeed successful in the US and highly rewarded, NRIs also enjoying a share in the prosperity. But US society remains profoundly fissured socio-economically and chronically violent. The US State apparatus also espouses a genocidal instinct towards the non white world outside it. It would be a very brave man who would argue these hugely dominant, negative aspects of US society can be separated and expunged and only the phenomenon of entrepreneurial success, which admirers of NRIs within it extol, preserved. It would not be too harsh to judge the US an exceedingly sick society in many respects and more reprehensible morally because the disease co-exists with massive intellectual and material resources. India has now embarked on the stony path to remedy the missteps of past decades and the mundane policy changes necessary to embark on it evident in recent months. Vested interests that emerged from past state patronage and the unholy political nexus that has accompanied it must be confronted without ceremony. Their moral standing is nearly zero and self interest alone their signature tune. And the gods have evidently decided enough is enough and, quite remarkably, the man likely to chart a new course for Indian society and its economy is at the helm. The slogan of ‘Make in India’ is laudable though the precise contours to achieve complex since more than 40 percent of the Indian economy is now in traded goods and there is no going back. Indian success will reverse the shocking brain drain it experiences, but effective policies can be implemented to mitigate its cost and end the Indian subsidy to the richest society in history.

India remains poor, but the survival of its democracy is a resounding affirmation of the fundamental decency of its society. There is much to lament and criticise and even more to improve. But it is possible to commend the huge effort that has been made in sixty seven years of Indian independence for the socio-economic upliftment of those who suffered the most egregious disadvantages. These advances occurred while India’s population rose more than three-fold, without the famines earlier routine. There is still a considerable distance to traverse in many areas, especially in the treatment meted out to women and widespread malnourishment, but a huge churning is occurring that augurs well for India’s future. India will never be as materially rich as the US although a good number of its people will achieve living standards to equal it. The sharing of a more modest of life will require ‘man making’, if only to assure social harmony to mitigate possible discord the need to accept it may provoke. In the end, Indian civilisation is not about endless wealth through unlimited exploitation of others and nature. The integral human is the product of reaching towards self-realisation and that worthy goal of Sanatan Dharma is an imperative yearning that defines Indian society.