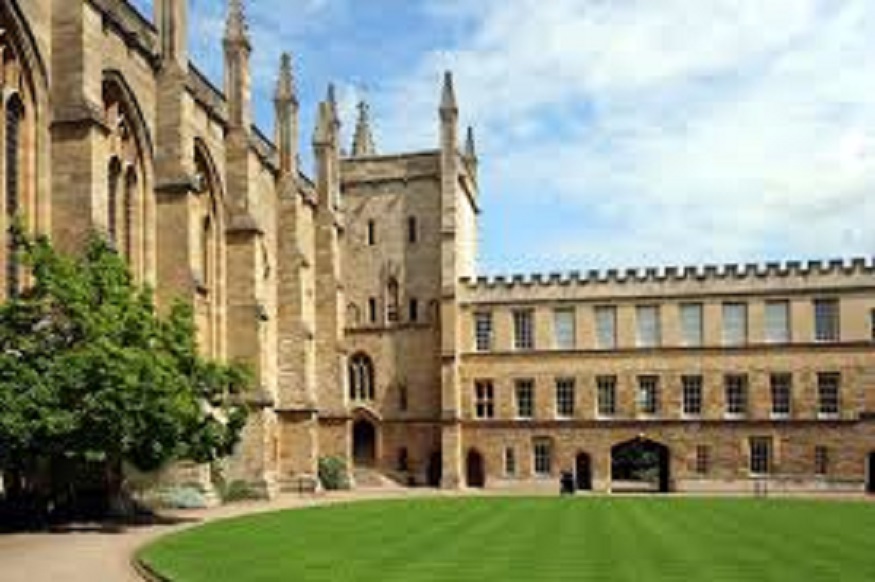 To ban or not to ban is always the question many would raise whenever there is an occasion to give a platform to contrarian individuals. But that is the reason we cherish institutions which take the concept of freedom of speech all the way to the hilt.

For long I always thought of Oxford University as one of those hallowed sanctuaries where all viewpoints, no matter how eye-popping or scandalous, got acceptance. What else would explain the Oxford Union inviting the likes of far-right politicians like Marine Le Pen, as well as the famed Holocaust denier David Irving?

But my faith in Oxford as a supporter of free thought and speech received a rude jolt on 20 March, when a decision was taken to cancel the lectures on ‘Economic development over the years and new reforms needed to take India forward’ and ‘Rethinking India History based on the book Breaking India: Western Intervention in Dravidian and Dalit faultlines’, by Dr. Subramanian Swamy and Rajiv Malhotra citing “logistical and internal issues”. The decision was supposed to have been taken after a series of meetings between prominent and influential members of Oxford University’s academic faculty and members of the Oxford India Society.

One interesting fact to notice here is that a petition opposing Subramanian Swamy and Rajiv Malhotra was raised on the popular site change.org, urging the Oxford India Society to cancel the invitation extended to them to speak on the aforementioned topics. Now are these petitioners actually striving to prevent giving the Oxford platform to people they consider as bigots with extremist views? What are these extremist views these crusaders of decency are trying to prevent?

Regarding Malhotra the petitioners claim that he is ‘known for his patently fanatic blogs and the book ‘Breaking India: Western Interventions in Dravidian and Dalit Faultlines’. The latter can at best be described as hate speech against all scholars who have ever attempted to criticize the caste system or other forms of social hierarchies and discriminations in India. His targeted vilification campaign against most American scholars, not to mention several Indians as well, especially Wendy Doniger, has breached the limits of propriety…’  Really? Then what would these petitioners call the scholars who have been factually questioned and debunked in Breaking India?

If they do not mind I shall give brief list of some of the so-called scholars who were “vilified” by Malhotra:

Yet I remember no petition to stop the very Wendy Doniger to air her erroneous views. It seems these petitioners would consider the Holocaust denier David Irving an astute historian while condemning writer Eli Wiesel as a ‘bigot.’

But the entire petition chiefly targeted Dr. Subramanian Swamy whose primary fault was penning a provocative piece in the 16 July 2011 edition of DNA where opined that the only way to wipe out Islamic terror  is the forceful integration of the Indian Muslim community with the larger Hindu population. Some scholars and commentators conceded the fact that although the article was harsh in nature, the points he raised indeed needed to be debated. But that year itself several Harvard affiliates circulated a petition calling on the university to end its ties with Swamy who earned his PhD from the said institute and also taught economics there, thus stifling his right to have his independent views.

However, his lecture topic for the Oxford event was not Islam but ‘Indian Economy’ which is as much related to Islam as chalk is to cheese, hence why raise the bogey of ‘Islamophobia?’

If Oxford is not at ease of being associated with alleged ‘Islamophobes’ what can explain their invitation to erudite commentators like Richard Dawkins, Douglas Murray and the late great Christopher Hitchens who have openly expressed their opposition as well as deep dislike for Islam?

Sticking with bigotry, the Oxford Union in the past invited the Sharia sympathizer Tariq Ramadan and the fanatical Dr Zakir Naik , the provocative Muslim preacher. Unlike all the aforementioned scholars, these gentlemen are only known to make religiously-charged comments. Dr. Naik for long showed scepticism towards the Taliban’s atrocities in Afghanistan as media cover-up and also claimed the 9/11 attacks were an inside job. Yet they were given a platform since they have a right to air their views.

But then why were the lectures of Dr. Swamy and Malhotra cancelled? I feel it has more to do with the leftist social scientists  in the Oxford circuit who for long have been considered the only valid voices when it comes to India’s socio-economic and historical issues. It has been a well-known issue that for long the academic areas of Indian society were dominated by leftist scholars, but many erudite commentators have now taken up the onerous task of debunking their falsehoods, Swamy and Malhotra being two prominent names among them.

Having said that, it is sad to see Oxford Union buckling under unjust demands and not allowing these two scholars who would have greatly enhanced the quality of discourse at Oxford.