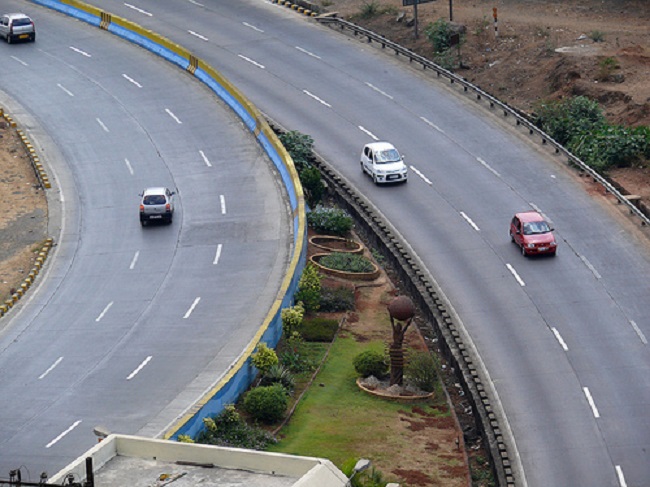 Just off the expressway from Mumbai, on the road leading into Pune, you see huge billboards advertising new housing developments with fancy names like “Whispering Pines” and “Orchard View” crowding each other, promising idyllic lifestyles of lavish comfort. They convey very urgently a palpable sense of how rapidly the market for private luxury dwelling is blossoming thanks to increased salaries and easy housing loans.

These billboards reflect the increased aspirations of the growing upper middle-class in India. Curiously, one set spoke to a deeper and disturbing reality. One billboard said, “Power Cuts? No problem. We have 24-hour generator backup.” Another one down the road said, “Water Shortage? Have a shower. We have our own water supply.”

You see these billboards along narrow crowded roads that are often no more than stretches of uneven pavement littered with deep potholes. The contrast between the crumbling road and the beautiful picture of a luxuriously appointed home advertised is jarring. It is also a demonstration of some fairly simple economic principles which if sufficiently widely appreciated may eventually reduce the contrast.

Roads, homes, and privately provided utilities are all goods but of different types: common property resource good, private good, and club good, respectively.Broadly speaking, and under a set of conditions more or less generally satisfied, markets can be relied upon to efficiently produce private goods to meet the demand. A private good is rival in consumption meaning that the quantity consumed by one reduces the overall quantity available for consumption by others. They are also excludable in the sense that one can be prevented from consuming it.

Utilities such as power and water are generally widely available in all developed economies. They are supplied by large private or public corporations because they exhibit scale economies: the greater the quantity supplied, the lower the average cost of production. They have high fixed costs as they involve the use of high cost infrastructure such as large power plants, water treatment plants, wires and pipes. When such utilities are not available in sufficient quantity or acceptable quantity—which is the often the case in a developing economy like India—they can become what is called a club good: a good that is provided to a select homogeneous group who can pay the higher per unit cost of the utility.

Roads are generally a common property resource good and therefore have to be publicly funded. It is prohibitively expensive to monitor usage, apportion costs and collect user fees over a large set of heterogeneous users of roads. Tax revenues are therefore used for the provision of roads without user fees. The involvement of the government is unavoidable in the matter of funding of roads which are open access.

The growth in many Indian cities of a large number of housing developments with power and water supplied as club goods is a rational response to the failure of the government to supply those public utilities widely. So for a very small segment of the population of a city, those with very deep pockets, that government failure can be compensated for within the gated communities. Roads outside the gates, however, are still at the mercy of the government and that everyone, rich or poor, has to live with.

So the question arises: why are certain governments unable to provide those public goods that the market either cannot provide efficiently or can only provide them at a high cost and thus only to a select few? One of the basic reasons for the existence of a government is precisely the provision of public goods. What explains the failure?

Public utilities are important for any complex economy as they complement the use of private goods and assist in the production of goods and services. Therefore, government failure to provide public goods directly affects the productivity and production of the economy. Surely, there must be a reason why certain governments fail in that basic task and thus contribute to the failure of the economy. Public choice theory and agency theory inform that question, and that is what we explore here.

One can assume that the government is comprised of enlightened politicians whose altruistic objective is to maximize social welfare. In other words, the government is benevolent. Or one can take the more realistic albeit extreme position that governments are run by self-interested people whose venality compels them to maximize their private gains at the cost of social welfare. In short, the government is predatory. Still, depending on how long the time horizon of their predation is, predatory governments can be classified into “roving bandits” or “stationary bandits.” The former have a short-term outlook and do not “cultivate” the private economy to maximize their loot. Part of that strategy would be to steal the resources that would have provided public goods. In contrast, the stationary bandit would attempt to maximize the total output of the economy all the better to extract the most over a longer time horizon by providing public goods that complement private goods and private effort.

One can reasonably conclude that India’s colonial British government was mostly predatory with a short planning horizon and was not benevolent. The interesting question is whether the governments after political independence were roving bandits or stationary bandits.

Because India is a democracy of sorts where governments get voted out of office, it imposes a severe endogenously determined short planning horizon and therefore the governments are forced to play the roving bandit role. This could partly explain the lack of adequate amounts of public goods. Any government could reason that there is no point in spending money on public goods instead of just stealing the resources if the rewards of using public resources to provide public goods end up enriching some successor bandit government. This is the classic tragedy of the commons scenario.

The Indian story gets more interesting when considered in the light of agency theory. In any sufficiently large economy, the politicians cannot directly implement policy. They are forced to rely on a bureaucracy. Broadly speaking, the citizens are the principals and the politicians are their agents who are entrusted with the task of executing the desired goals of the citizens. The politicians, in turn, are the principals who employ bureaucrats as their agents to execute the policies.

This is analogous to the situation where the shareholders are the principals and the CXOs are the agents. The CXOs in turn are the principals and depend on their agents—the middle and lower level managers—to carry out the implementation of their plans. Regardless of whether the CXOs are benevolent or not, their agents have a role to play in the overall achievement of the objectives of the organization.

There are mechanisms that create the proper incentives for agents to do the bidding of the principals, however. Which mechanism is appropriate depends on the nature of the principals and the nature of the agents. The politicians (as the principals in the government) could be either benevolent or predatory. The bureaucrats as the agents could be “professional” in the sense that they care about social welfare, or they could be “selfish” where their objective is to maximize their own incomes by extracting bribes from the citizens for the public goods. In this simple model, only one out of four possibilities yields the socially optimal amount of public goods—the case where the government is benevolent and the bureaucrats are professional.

And that is not all. What if the citizens are wrong in their evaluation of what is socially beneficial and in their best interests? If they systematically err in their objectives, then even if those objectives were faithfully accepted by their agents (the politicians), and the bureaucrats as the agents of the political principals were to faithfully implement the policies consistent with those objectives, it could still lead to sub-optimal outcomes. Now we have eight alternative outcomes from the interaction of “informed” or “informed” citizens, “predatory” or “benevolent” governments, and “professional” or “selfish” bureaucrats. And in only one case out of those eight—informed, benevolent, professional—is the outcome a socially optimal quantity of public good. This analytical result stands up to empirical observation. In real life, the percentage of cases where the socially optimal outcome is obtained is extremely rare.

The above analysis can be illustrated with a concrete example: the provision of electricity by public sector undertakings in India. Chronic and acute shortage of power is the norm. The installed capacity is not only insufficient but the maintenance of the plants is inadequate for the plants to operate at capacity.

Around 40 percent of the electricity generated is stolen through a complex mechanism which frequently involves the employees of the power company and users. This is written off as “transmission and distribution losses.” This loss severely impacts the resources available for plant maintenance and for increasing installed capacity. Furthermore, part of what is allocated for maintenance, is also lost through corruption.

A chief engineer’s position in the power corporation in charge of purchasing supplies can go for crores of rupees (or, millions of US$). That money goes up the chain and a significant portion reaches the minister in charge of power in the state. That is an example of a predatory government and selfish bureaucrats systematically undersupplying a public utility, making significant private gains and leading to massive social welfare losses.

In this story, the citizens are of the “uninformed” type. They are against privatization of the power corporations, and that opposition is part of the larger opposition to the liberalization of the economy. Though it may appear harsh, it is accurate to point out that the citizens are ignorant of some basic economic truths: that there is no such thing as a free lunch.

If they vote for politicians that promise them free power, they are basically complicit in the miserable outcome that they suffer. That they continue to be willing participants in what can only be called a kakistocracy – government by the most corrupt and the least principled – is partly because they don’t realize that alternative forms of governance and social order exist.

And it is not in the interests of a predatory government to take steps to educate the citizens. Which incidentally could also explain the systematic neglect of universal basic education.

Finally, the lack of adequate supply of infrastructure is only one of a large set of symptoms of deeper systemic failures. Rectifying those failures can fix the system while all attempts at grappling with the symptoms are doomed to be in vain.