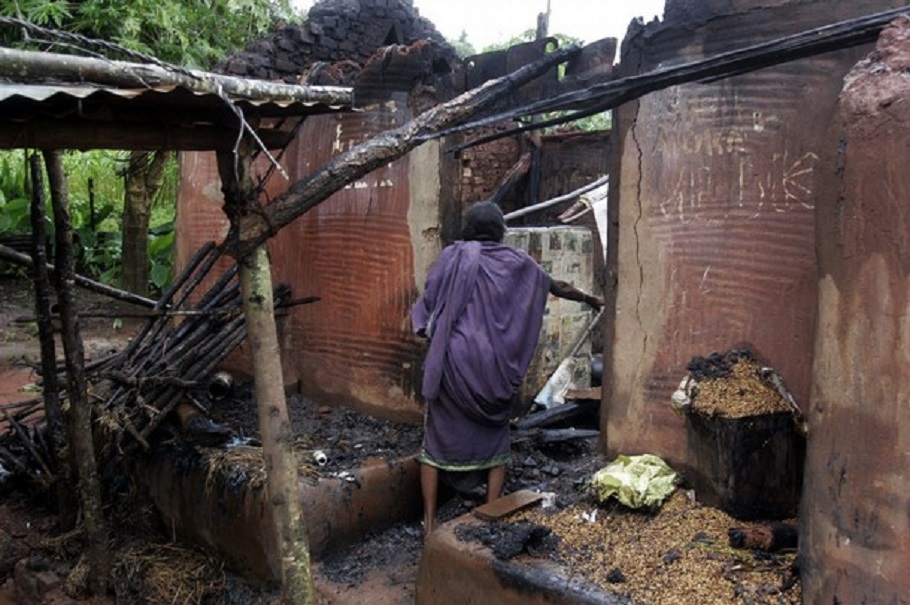 On the night of 20 April 2015 a gang of Muslim miscreants vandalized four idols at a Hindu temple in Bonogram area of Gazipur city in Bangladesh. The gang also looted several houses in the area. Six people were injured in the attacks on Sunday night.

Quoting locals, Joydebpur police station officer-in-charge Khandaker Rezaul Hasan Reza said one Rafiqul Islam led the attacks.The officer also stated Rafiqul is accused of several cases, including arm case. According to witnesses some 50 to 60 miscreants came to the area that night. The miscreants fired several bullets in front of Bonogram Sree Sree Sodhonno Kripamoyee Kali Mondir as per the statements of the local witnesses.

During the visit, the DC assured the people of taking proper care of the injured people and repairing the damaged temple and idols but the local Hindus claim that the police is playing a dual role . Many Hindu families have sent their women to the relatives staying farther from Bonogram in order to prevent them from getting raped.

Should Hindus have the right to survive?

The Citizenship Amendment Bill – A civilizational, historical and demographic necessity