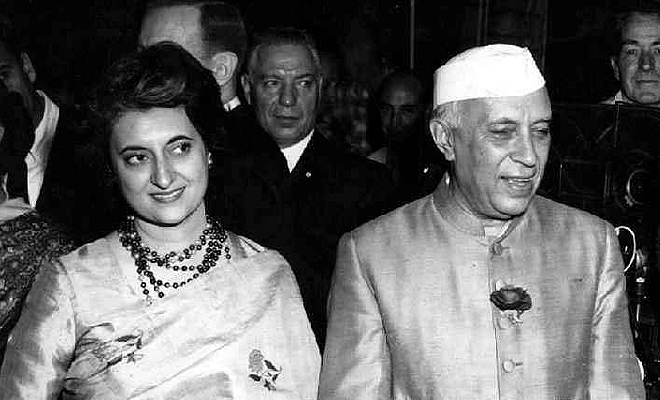 Note: This is a guest piece by IndiaFacts reader, Ashok (Twitter handle: @nationalizer).

It all started with a curiosity. I was going through the list of Bharat Ratna awardees which contains three of the six Nehru-Gandhi family members. Nehru got the award in 1955, Indira in 1971 and Rajiv in 1991.

In the Government’s Home ministry website there is a note which says that the Bharat Ratna is awarded in recognition of exceptional service/performance of the highest order in any field of human endeavour. The recommendations for Bharat Ratna are made by the Prime Minister himself to the President.  And so I checked who the Prime Ministers were in 1955, 1971 and 1991 respectively. The PMO website claims that Jawaharlal Nehru was the Prime Minister in 1955, and Indira in 1971. That naturally leads to these questions:

Although the facts above make it obvious, I sent an RTI to PMO India. It took more than two months for PMO to reply this question. The reply to my RTI has been given at the end of this piece. One of my questions was whether the Prime Minister himself made recommendations of Bharat Ratna. The reply was in the affirmative. Then I asked them who got Bharat Ratna in 1955 and 1971.  They said Nehru and Indira got it respectively. I further asked who recommended Bharat Ratna for Nehru and Indira and what were their achievements? To this question, they said there are no records for this. But because replies to questions 2 and 3 lead to the conclusion that Nehru and Indira recommended themselves for Bharat Ratna, I confirmed my doubts. I sent sent another RTI  on 23 November 2013 to the President’s Secretariat with these questions.

Jawaharlal Nehru was associated with freedom struggle. Political differences apart, there is no absurdity in awarding him the Bharat Ratna. But what had Indira Gandhi done till 1971 to be awarded with highest civilian award? The PMO in their RTI reply claimed that they have no information available on record about the achievements of Nehru and Indira. I just looked at the biography to find out the record of public service done by Indira Gandhi till 1971. From Wikipedia:

In her public life till 1971, I could not find any single notable achievement by Indira Gandhi. If serving as Prime Minister for a five year term qualifies for the Bharat Ratna award, why wasn’t this precedent followed for all the Prime Ministers of India? I am waiting for the reply from President’s Secretariat which I hope will clear all these ambiguities. Till then we can draw our own conclusions.

Additional reading which will support my conclusion:

1. This DNA article says Indira Gandhi awarded herself the Bharat Ratna in 1971.

2. An Outlook Article which says Indira Gandhi gave herself the Bharat Ratna.

3. A TOI Article claims that President V V Giri bypassed all norms to recommend Indira Gandhi for the Bharat Ratna after the Bangladesh war.

4. The Ivarta Blog, which concludes that Nehru and Indira awarded the Bharat Ratna to  themselves.

Click the graphic below to view the full size.