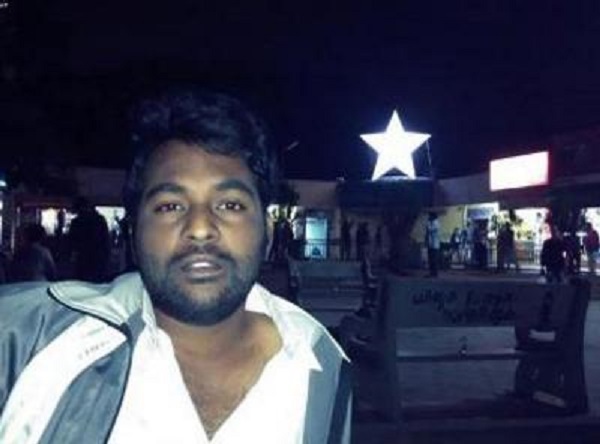 Despite the reams of print ink and TV diarrhea on the death of 26-year-old student, Rohith Vemula, on January 17/18, 2016, on Hyderabad University campus, there remain unanswered questions because the unbelievable media coverage on the issue had, from the beginning, gotten mired in politics and emotions. The result has been the following waiting for clear-cut answers.

Was Rohith really a Dalit?

Translation of excerpts from a Telugu news report in “Andhra Jyoti”, 22, 2016 says “Grandparents reveal that they are Vaddera kulam (OBC). Parents said they are OBC. Rohith converted to Christianity and was renamed Chakravarti — E-police enquiries..”(andhrajyothy.com/Artical?SID=19).

However, Radhika (Rohith’s mother) says that “While her husband is an OBC, she herself was from the SC Mala community.” Besides, she asserts that “A certificate issued by the Revenue Department of Government of Andhra Pradesh, on June 16, 2015, clearly states that Rohith belongs to the Mala community…” (The Sunday Express, January 24, 2016).

It’s likely therefore that a court battle will emerge, what with the issuance of Caste certificates being a very tricky legal issue.

Meanwhile, this question of Rohith’s identity itself is of cardinal importance because if the first media report that a Dalit student had committed suicide was the reason why the media began exploding on the subject across the country, permitting a number of prominent politicians to add more noise and vitriol in the subject. If the student had not been identified initially as a Dalit, the media would certainly have not been so vocal. And the public, too, would have been able to read more news and analysis of economic issues that, really, should be the biggest national.

Was student Rohith’s death the first of its kind in the Hyderabad University?

“Raju Puyala, who was perusing his I.M.A., Linguistics VIII Semester, committed suicide on March 19, 2013 evening at Men’s Hostel – H, University of Hyderabad. For the academic year 2012-2013, Raja was serving as Vice President of “Dalit Students’ Union” which is one of the oldest student organisation on the University Campus.

“As a response to the disturbed student community’s agitation at the University Health Center, Vice Chancellor promised to constitute a Committee comprising SC/ST/OBC faculty members and students and take necessary stern steps.

“Various student organisations reacted severely over the repeated number of suicide incidents on the Campus and officials like Vice Chancellor, Pro Vice Chancellor, Registrar, Dean Students’ Welfare, Chief Warden, etc were intensely questioned. The agitation continued throughout night and only on March 20, 2013 morning it got concluded with the transfer of Raju’s dead body to his family members..”(https://ssanthiswaroop.wordpress.com/2013/03/20/puyala-rajus-suicide-at-university-of-hyderabad/).

In another post, a few months later, Swaroop Sirapangi wrote as follows:

“On November 24, 2013 a new death of a Dalit Doctoral Research Scholar was found at the University of Hyderabad.” He was referring to what PTI reported about “A PhD student of Hyderabad University allegedly committed suicide by consuming some poisonous substance in his hostel room, with his family alleging that he was harassed by a professor of the varsity. M Venkatesh (26) was found dead by some students at around 7 AM today, police said.” (http://newindianexpress.com/cities/hyderabad/Hyderabad-University-PhD-student-commits-)

Sirapangi went on to write “As per my personal observation, for every semester one death is getting recorded at the University of Hyderabad and huge criticism is taking place every time from different quarters.”

In contrast to the extensive and pan-India media coverage to the death of Rohith Vemula, the above two student deaths got relatively scarce attention across India. In fact, Google “guru” doesn’t show up any media coverage for Raju Puyala’s death. The suicide of M.Venkatesh did get a minutely wider look-in. While PTI did what was expected of a professional news reporting agency, “The Times of India”, after talking to students, was critical that “Authorities at University of Hyderabad are yet to implement key recommendations by two separate committees looking into suicides of students from socially backward sections on campus.” It also pointed out that in 2008, a committee probing the suicide of Senthil Kumar, a Dalit student from the School of Physics, had recommended the varsity to set up a “transparent process” in the allotment of guides.

“Meanwhile,” said the Times, “Ramakrishna Ramaswamy, the vice-chancellor of the university, in a written note admitted to the systemic failure of the varsity in addressing issue of suicides on campus.”

“The VC has also promised that each of the departments will have to give a list of students who have not been assigned guides three months after joining PhD. He also assured that if the committee finds any one responsible for the death of Venkatesh, appropriate action will be taken against them.” (http://timesofindia.indiatimes.com/topic/University-of-Hyderabad) (25 Nov, 2013)

Despite this comprehensive criticism of the failure of the various committees to redress and prevent future such suicides, the Minister of Human Resources Department was not hauled up by the media at large. Why? Because the Union Minister was M.M.Pallam Raju, a Congress MP from Andhra Pradesh who held the office of Union Minister of HRD from 28 October 2012 to 26 May 2014. The media, you see, hardly ever mauls the Congress unless the mistake it commits is itself a form of suicide. In contrst, the NDA government of Modi and its Ministers are easy targets to shoot at. Why? Because the media has nothing to lose — and a lot to gain! — from sparing the Congress.

And so another question.

Why was Ms Smriti Irani attacked by the media for Rohith’s death?

For, believe it or not, writing four letters to the Hyderabad University for “putting pressures on it to take action against the attack on a BJP supporting student belonging to the party’s student wing called Akhil Bharatiya Vidyarthi Parishad (AVBP)” and for making a public plea that politics of Dalit vs. anti-Dalit should be avoided.

No one really cared to notice that what Ms Irani was seeking in those four letters was only that the University convey “facts and comments” on Rohith’s death. And that three of those four letters were just reminders so that the Union Minister who had asked her to examine the student situation in the Hyderabad University could be replied to in the short time laid down in the Central Secretariat Manual of Official Procedure of the Government of India.

But truth is that the media has never liked Ms Irani, the tough talking one who delivers h immaculate facts with authority.

Why have the media criticized the Union Minister for Labour, Bandaru Dattatreya, in the Rohith episode?

Simple: inability to comprehend that as the one elected to the Lok Sabha from Hyderabad constituency, Dattatreya had the right and the duty to secure a fact-finding reaction from the HRD Minister on the disturbing happenings in his constituency’s University. And all he had done was to forward, on 17 August 2015, to the HRD Minister, the complaint he had received from the ABVP about the attack on its member, Susheel Kumar, by cadres of Amedkar Students Association, (ASA), and the prevalent atmosphere in the University about “casteism” and violence associated with it. Strangely, the full text of the letter he wrote to Ms Irani has never been disclosed.

Did the suspension of the five students on the University campus a result of the two Ministers’ letters?

Not at all. Susheel Kumar’s mother filed a petition in the Hyderabad High Court on 3 September , 2015, seeking to direct the Hyderabad University to submit an action taken report. The University did not do that and instead sought more time to respond. Why? Meanwhile, the University decided to go by the Proctoral Board’s recommendation and suspended the five students concerned.

However, the students out there are so resourceful in thinking and so restive that one of them, a female, came before an English TV channel and, with a paper in hand, read out what she said was a counter affidavit from the local Commissioner of Police informing the Court that Susheel’s mother’s petition to the High Court was baseless and that the High Court should not have acted on it. It was shocking to see the TV anchor concerned not look at the piece of paper in the female student’s hand. And it spoke about the truth of that document when no newspaper even referred to it despite that TV “show”.

It is ludicrous then for the students joint action body to file under the Scheduled Castes and Scheduled Tribes (Prevention of Atrocities Act) against Dattatreya terming him as one of the accused for the death of Rohith Vemula five moths after he wrote that letter to Ms Irani. But it’s an indication of the restlessness and desperation of the ASA. It’s also an indication about a malicious legal advice behind the student body’s actions.

And now to the truth behind the mystery no one has even tried to resolve.

Why did Rohith Vemula commit the alleged suicide and why did he do it where he did?

This question has sub-queries:

(i) Was it not unusual that the media, forever looking to arouse human emotion, did not put out a photograph of Rohith hanging?

(ii)Two sentences in what has been passed off as his “Suicide Note” say “I feel a growing gap between my soul and my body. And I have become a monster.” What brought about that monstrosity? Was it the realization that he had, by deeply associating himself with the ASA activities of political leaning, sacrificed a very promising career? Remember, he had a Ph.D. in sight with a very handsome stipend of Rs 28,000/- a month and sbsidised food and shelter in the University Hostel sure to take him there.

(iii) Even as his suspension entailed being barred from the University hostel, how did he secure access to Room 207 there to do what he is said to have done — hanging by a ceiling fan? Who assisted him in preventing the security guard from denying him entry there?

(iv) Why did he choose Room 207 of one Uma Maheshwari to do what he is supposed to have done? Was this “Uma” a female as the name suggests and to whom Rohith apologized in his “suicide note”? Did she/he let him in the room? If so, why? What was the connection between the two? Where was she/he while Rohith was doing what he is supposed to have done? Was she/he questioned by the police? Was there a question of unrequited love? For that matter, was there even a murder there in the entire episode? Why was no autopsy of his body done?

(v) How is it that, responding to an SOS phone call from Rohith’s mother, it is his four other suspended students themselves who found him “hanging”in Room 207, when they, debarred from the hostel rooms, should have raised an alarm and sought the Hostel Warden’s assistance in searching for the missing Rohith?

Yes, emotive, biased media reports do not tell the whole Rohith story. Only the Judicial Enquiry that has been set up will do so-but only if it chooses to associate the police with it and is committed to tell us the truth, the whole truth and nothing but the truth.