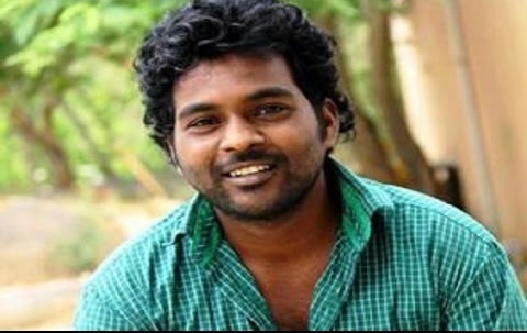 A youngster committed suicide, and he blamed certain groups for his despair and his taking the ultimate step. Apparently he was driven to suicide by the actions of this group of people. As soon as this came to light, there was an uproar, the guilty were pilloried, and the police have filed cases under IPC Section 306 (abetment of suicide), Section 323 (physical assault and causing injury) Section 120 (B) (criminal conspiracy), Section 468 (forgery for the purpose of cheating) and Section 201, destruction of evidence.

Sounds familiar? But that is not the story of Rohith Vemula. It is the story of Jishnu Pranoy, an 18-year-old engineering student of Nehru College in Trichur District, Kerala, who committed suicide on January 6th, 2017, after he was accused of copying in an exam and allegedly tortured physically and mentally. It appears that the management of the college had conspired to create the problem for him, in revenge for his having agitated against the college, and having posted material on social media.

Why, dear reader, have you heard nothing about Jishnu Pranoy? Why was his life worth less than that of Rohith Vemula?

The answer is two-fold. In the Rohith Vemula case, if you read his suicide note, it is clear that he had a problem with his parents (or perhaps his mother, as his father was estranged). Reading between the lines, it appears he also realized he had been led down the garden path by his associates. Who were these associates? Why, of course, it was the Lefties. However, with their unparalleled ability to create ‘post-truth’, they have successfully obscured the fact that it was they who betrayed Rohith.

Vivek agnihotri pointed out this cruel irony in a succinct tweet. Indeed the commies have milked the issue.

The loud Left, with its control of the media, is able to create positioning that exonerates them and to posture such that it is the university authorities, the local MP, the then-education minister and even the central government that is the culprit. In fact, anybody, but themselves. This is brilliant sleight of hand, an old Leftie trademark: Stalin did this well, and so did Pol Pot and the Khmer Rouge.

Whereas in the case of poor Jishnu Pranoy, the entire mainstream media has kept extremely quiet. Not one national newspaper or one national figure of the Left has enquired into the incident. Naturally, because it would make the Leftie Kerala government look bad.

But then, the Leftie gang did not want the previous Congress government to look bad either. There was the extremely violent killing in April 2016 of a Scheduled Caste law student Jisha, in Perumbavoor, Kerala. She was tortured, disemboweled, stabbed, and her genitals were ripped up with a knife, but she was not raped – which suggests the motive was not standard sexual aggression. There was a rumor that she was the illegitimate daughter of a politician, in whose house her mother had worked as a maid. After a flawed investigation, some migrant worker was charged with the crime, and the whole affair swept under the carpet.

The obvious conclusion is that, for the lefties, all Scheduled Caste people are equal, but some are more equal than others. Such as Rohith Vemula.

But, wait, it turns out that Rohith was actually not Scheduled Caste. His father had said all along that they were OBC; his mother was the one who claimed they were Scheduled Caste. The district collector, in an official report, said on February 14th that it appeared that the Vemulas were OBC. The possibility arises that a forged caste certificate had been acquired, based on which Rohith had received his admission and scholarship benefits, which was a criminal offence too.

The unfortunate reality, then, is that a person lying about being a Scheduled Caste is more important than a person who is actually Scheduled Caste, as were Jisha, Nirmal and Vishnu, all murdered. Typically Orwellian, a Leftie specialty.

That is the second, and larger, travesty in this whole circus. My question above was whether Jishnu Pranoy (I have no idea of his caste) was any less of a person than Rohith Vemula. The big-picture answer is that Scheduled Caste people have become fetishized, dehumanized, and turned into caricatures in India. Everybody pretends to be concerned about them, but in fact they are subject to serious oppression.

The very word that many use for them, ‘Dalit’, is dehumanizing. It is a shibboleth that screams “#virtuesignaling”, and therefore I refuse to use it. For, it is not the case that a significant percentage of the people in India are going around thinking of themselves as ‘broken’. The individuals that I personally know are far from that stereotype. Besides, the use of the term is unconstitutional, according to the National Commission for Scheduled Castes, which ruled so in 2004, and requested state governments to cease using it.

The whole ‘Dalit’ meme is a manufactured construct of the old divide-and-rule. Christian fundamentalists routinely use the phrase ‘Hindus and Dalits’ as though they were two different groups. Whereas in actuality, Scheduled Castes and Tribes are often strongly Hindu, as seen in the case of the Dholkal Ganesha (the murti in Chhattisgarh, which was destroyed by Leftists).

By telling the Scheduled Castes that they are somehow different (translation: inferior) they are being routinely alienated from society at large, which is probably seditious. Besides, removing their individuality and treating them as a mass of undifferentiated stereotypes does them no favors. Nobody likes being reduced to a parody, and it is grossly unfair. There is no significant genetic difference between Scheduled Castes and others in any part of India: they have simply been at the bottom of the class hierarchy; a single generation of education makes them indistinguishable from anybody else.

It has long been obvious that those who swear loudest by equality are the biggest hypocrites. There has never been a single Scheduled Caste person in the Communists’ Politburo in its entire existence, so far as I can tell. In Kerala, OBCs have been systematically excluded from the upper ranks of the Communists. In Bengal, upper-caste Communists have ignored the oppression of Scheduled Castes by both governments and jihadis. When 45,000 Hindu Reang tribals were ethnically cleansed from Mizoram by Christian terrorists (they still live in refugee camps) no Communist wept for them.

To them, the faux Scheduled Caste Rohith and the real Scheduled Caste Jisha are mere pawns. They are needed only to score propaganda points, no Leftie cares about them as human beings.