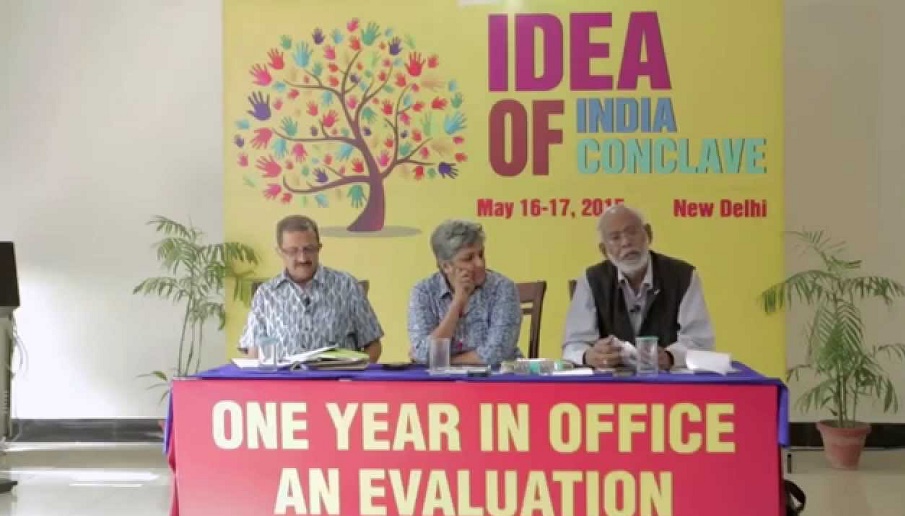 Ever since Narendra Modi’s government came to power in 2014, a bunch of intellectuals, liberals, seculars, and senior editors have been saying that the ‘Idea of India’ is under threat. No matter what happens, this ‘Idea of India’ is invoked.

They present the ‘Idea of India’ as some universal truth and is being used for practically every incident that takes place post-2014. But what is the Idea of India that these so called Adarsh-Liberals keep harping about? It is a really warped sense of how this country should be run and it includes the following:

1. Nehru was the perfect Statesman: Jawaharlal Nehru was our first Prime Minister and ruled from 1947-64. He is supposed to be the template for the new country and he is alleged to have done everything perfectly. 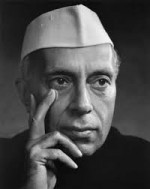 Every Prime Minister that follows has to follow his path. That is why Congress President Sonia Gandhi was so appreciated, because she clearly held him as her role model during the UPA rule from 2004-14.

The only problem is, Nehru’s economic and foreign policies crashed by 1991 and he also dithered on Kashmir and China. He was a quasi-Communist, many of whose policies are hopelessly outdated in the new millennium.

Any modern politician will find it difficult to emulate Nehru, but will be rubbished if he doesn’t.

2. The Dynasty has the divine right to rule: This is most curious. Mahatma Gandhi offered the Prime Ministership to Nehru despite Sardar Vallabhai Patel winning the Congress vote. (Nehru didn’t even come second, it was JB Kriplani)

In 1966 a much more experienced and capable Congress leadership offered it to Indira Gandhi. In 1984, Rajiv Gandhi was preferred over Pranab Mukherjee, VP Singh, and PV Narasimha Rao. Pranabda was expelled; VP quit the Congress to topple Rajiv, while Rao did ultimately become Prime Minister and emerged as the Father of Reforms.

When Sonia Gandhi with zero experience, zero ability, and zero skill was offered the post in 1991, no-one batted an eyelid. Similarly, Rahul Gandhi was presented as a potential Prime Ministerial candidate just like that. He kept failing, but they just waited for a while and re-launched him again and again and again and the process still continues. They will happily accept Priyanka and even Robert Vadra!

But, Modi was not accepted, despite really proving himself from 2001-14. Even if he performs admirably from 2014-19, they won’t accept him.

According to Wikipedia, the “Divine right of kings” asserts that a monarch is subject to no earthly authority, deriving the right to rule directly from the will of God. Sounds suspiciously like the way the Congress and Adarsh-Liberals treat the Dynasty?

3. The Congress cannot be communal: Mahatma Gandhi and Nehru watched helplessly as about a million perished in the Partition riots. They didn’t get the British to postpone Independence or get additional troops despite the fact that everyone saw it coming.

And guess what? The Congress was ruling during all these incidents! Even in the 2002 riots train burning incident, accused Farooq Mohammed Bhana, who has been nabbed after 14 years, is associated with the Congress and not the BJP.

Appeasement of minorities, the Shah Bano case, opening of locks in the disputed Ayodhya site- are all actions of the Congress. And yet the secular, liberals, and intellectuals assert that Congress can never be communal.

4. Communists cannot be violent: In 1948, CPI President BT Randive called for an armed struggle against the Congress. Around that time we had the Telangana Rebellion. Then, we had Naxalism in the 1960s and then Maoism.

Enormous violence by CPI-CPM combine has taken place in West Bengal and Kerala. All of this is ignored and brushed under the carpet and Adarsh-Liberals pretend that the Left is non-violent.

5. All historians, intellectuals and heads of institutes have to be Communists: Key government posts were occupied by Communists and Congress supporters from 1947-2014. Curiously, that is accepted as “neutral”.

India is coloured in Red and they cry Saffron!

6. Indians have no right to aspire, but should only get doles: This is a continuation of the Socialist theory. The common citizens of India need not do anything on their own. The Government of India through the Dynasty will come out with doles and manage the welfare of everyone.

Whether it was Indira’s “Garibi Hatao” slogan or Sonia’s NREGA and Food Security Bill, the message is clear. The poor of India can do nothing on their own and only the State doles will help them out in perpetuity.

Where will all that money come from? From Capitalism of course, but it still has to be rubbished to promote socialism.

7.FoS-FoE is supreme among the ruling click and not the people: Liberals, intellectuals and seculars say what they want. They use foul language and are abusive. On Twitter, they are as good as trolls. And yet they say that their freedom of expression is supreme.

But the moment they are contradicted, then it becomes trolling on Twitter and abuse by a bigot in the offline world. Modi has never ever used abusive language on Twitter.

8. In foreign policy, China is the saint and Israel the devil: After accepting the formation of Pakistan on religious grounds, India became the only non-Muslim country in the world to oppose the creation of Israel on religious grounds in the United Nations vote.

Such contradictions are part and parcel of the ‘Idea of India’.

Israel is helping us in agriculture, military technology and intelligence. The West Bank is ruled by Hamas, who would gladly blow up India if given the chance. Palestinians identify more with Pakistan than India. And yet the Adarsh-Liberals back the Palestine to the hilt, all the while demonizing Israel.

The same is with China. Many intellectuals and historians admire China more than India! They were sympathetic to China during the 1962 war and Communist parties had urged people to not donate blood to the Indian soldiers.

9. Pakistan is a friend. The anti-Pak lobby is the enemy: The All India Muslim League pushed for the creation of Pakistan. We didn’t. The partition led to the loss of a million lives. Further, immediately after the Independence, they attacked us over Kashmir. They attacked us in 1965 and we lost 3000 lives.

In 1971 Pakistani President General Yahya Khan declared grandly in a meeting on East Pakistan, “Kill three million of them, and the rest will eat out of our hands.” The subsequent refugee influx forced the 1971 war and thousands of lives were lost.

They started training terrorists to wage a war in Kashmir and we have lost thousands of lives defending Kashmir. Lives were lost in Siachen and Kargil.

They have been sponsoring the Kashmir insurgency for more than 25 years and yet Pakistan is the friend and the anti-Pakistani lobby in India is the enemy. That’s the Idea of India.

10. Modi is the Enemy No 1: RSS has been considered as an incarnation of evil, since independence. After 1989, the BJP became the Enemy Number 1. And now it is Narendra Modi. No matter what Modi does, he has to be attacked. No matter what policy Modi comes out with, it has to be rubbished. First Gujarat supported him and they rubbished Gujarat. Now that India has brought him to power at the centre, they try to discredit it at every possible instance.

The Adarsh-Liberal’s ‘Idea of India’ is in fact an Idea of Everything except India!