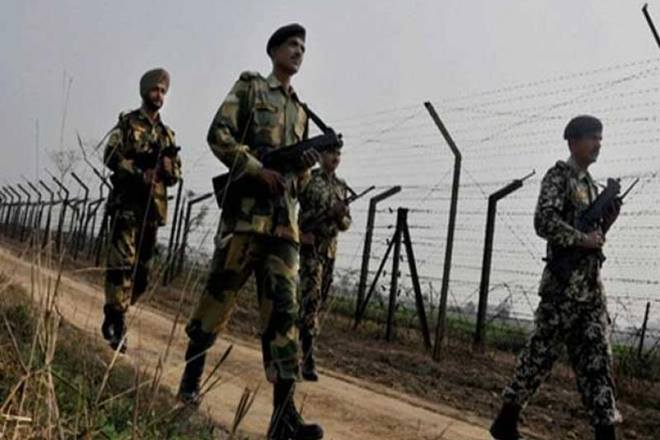 Certain events in a nation’s history are etched deep in its collective consciousness and have the potential to set the tone for future narratives. Quite often, we Indians have squandered away the positive opportunities presented by history and clung on to the negatives, only to remain as a self-doubting country that debates and discusses frivolous concerns and skirts the real issues.

Great civilizations are built only when public opinion is shaped by historical events and the discourse is turned towards cohesive national development. As a nation, we must learn to identify and build upon such opportunities.

Indian Army’s lethal strikes on September 29 on the terrorist base camps in PoJK (Pakistan occupied Jammu Kashmir) is one such historical opportunity. These strikes happened within days after the Pak-Army trained mercenaries attacked the Indian Army camp at Uri, in Jammu Kashmir. The counter-attacks by the Indian Army gave the message loud and clear to Pakistan, to the international community and to the Indian people that enough is enough and India will no longer show ‘strategic restraint’, if fidayeen strikes happen on its territory.

Of course, there was no shred of doubt about the capabilities of India’s defence forces. The doubt was about the dithering political class that on numerous occasions has failed the common man and our brave soldiers.

During their tenure, the Union Government of UPA-I and UPA-II were found lacking in their response to the continuous proxy war that Pakistan has waged upon us. Every time a terror attack happened on the Indian soil or an Indian soldier was murdered in cold blood, the puppet government led by Manmohan Singh gave the meekest response possible as the Head of the State. This had a cascading effect on the nation’s psyche and collective consciousness of Indians.

We began to believe that howsoever gruesome, may be the terrorist attack by the Pak mercenaries, India will always show “strategic restraint” and that these killings, bombings and terrorist attacks will continue. Public memory is often short and the memories of Kargil Victory began to ebb. This, coupled by the perception battle by a few agenda-driven high-profile journalists and fiction-writers masquerading as historians, played upon the collective consciousness of India. Concerted efforts were made to create doubts about the outcome of the 1965 India-Pakistan war. Attempts had also begun to shroud the outcome of the 1971 India-Pakistan war. Though India has emphatically won all wars with Pakistan and it can easily crush Pakistan in all future wars as well, notwithstanding its borrowed nuclear capability.  Yet, the dithering Congress politicians during their reign and the murky propaganda by their Communist comrades made the Indians feel frail and puny. We began feeling that India could hardly stand up strongly to Pakistan’s terror attacks.

After the terrorist attacks at Uri, Indians felt worse. Social media was abuzz with talks and jokes that the best response India can give to Pakistan is to strongly condemn- Kadi Ninda– terrorist attacks. No amount of assurance from Prime Minister Narendra Modi or any other minister in the government could change this perception in the minds of Indians. Such was the nature of our collective consciousness that had got into a self-destructive mode. This was the extent of damage done by the UPA-I and UPA-II on the psyche of Indians.

But, things had changed, since Modi took the reins at Delhi. He knows how to walk the talk. He also knew that India has to talk tough with the rogue neighbour. The Indian Army was given the green signal and it conducted successful surgical strikes on PoJK, destroying terrorist camps and liquidating terrorists waiting to enter India.

When news of Indian Army’s successful strikes across the LoC (line of control) first broke, there was a sense of disbelief and people seemed cautious in their response. The disbelief stemmed from the anxiety that “if” India had the guts to conduct a daring cross-border strike on a nuclear armed Pakistan.

This is the magnitude of the havoc that a few agenda-driven journalists, commentators, historians and a few politicians have played on our collective psyche. Once this process sets in, it is a race to the bottom and the collective consciousness of a nation becomes all about disbelief and scepticism about its institutional capabilities. Without even our realising we were gradually becoming a bunch of people, who chose to run away from problems rather than facing them boldly. Instead of building a strong public opinion and give a robust response to Pakistan’s terrorist attacks, we chose to somehow adjust and forget about it. We were slowly imbibing an escapist mind-set in our consciousness. Initially, we refused to discuss and build strong opinion, and when the national problems became too overwhelming, we chose to look for an alternative abode, without realizing that this scourge of terrorism will follow anywhere and everywhere we run.

All this can change and needs to change. Thankfully, the cross-border strikes by the Indian Army has given us an opportunity to change this.

The Indian Army is capable of annihilating Pakistani Defence Forces with or without nuclear weapons. This is beyond doubt and India has proved it in all the wars fought with Pakistan.

Great civilizations are built only when its people show the grit to face challenges. We need to remember that wars are not won only by the men in uniform. The huge mass of civilian population is also a party to it. After all, who is the soldier defending at the borders? And the Indian soldiers have never ever failed the nation, rather it is the masses that have been misled time and again about the capability, commitment and professionalism of our armed forces.

All this is done in a very subtle manner. And it has begun once again after the surgical strikes on the terrorist launch pads in the PoJK.

Questions are now being raised about the ‘objective of these strikes’ and ‘whether terrorism will stop after these strikes’. Congress politicos, rabble rousers from AAP (Aam Aadmi Party) and Communist parties have started demanding evidence of these strikes. Taking a dig at Prime Minister Modi over the surgical strikes, Rahul Gandhi has accused him of doing ‘khoon ki dalali’. Over the next few days, they will come up with some other stratagem to demean the Indian Army and try to create scepticism about India’s capabilities to deal with terrorism.

We must clearly bear in our minds that the Indian Army is a highly disciplined force that acts only on the commands of a democratically elected government.

It is worth recalling the meeting of Field Marshal S.H.F.J. Manekshaw with Indira Gandhi after India’s emphatic victory in the 1971 war with Pakistan that resulted in the creation of Bangladesh. Manekshaw was hugely popular after the convincing victory over Pakistan and the then Prime Minister Indira Gandhi was extremely worried that General Manekshaw (he was later on promoted as Field Marshal) would topple her government in a coup and take charge. Manekshaw flatly denied this possibility, dismissed them as mere rumours and said that there was absolutely no consideration of a coup by the Indian Army!

Our armed forces are led by men of character and their level of commitment to Indian democracy is of the highest order.

Unlike the Pakistani Army that “owns” a country called “Pakistan” and competes with IS fighters in committing atrocities; the Indian Army vigilantly defends Indian borders and protects its citizens. So, when our Army says that it has successfully conducted the surgical strikes, then we ought to believe it.

Also, whether we like it or not, the war has been thrust upon us by Pakistan. It may not be a full-fledged war, but is definitely a low-intensity proxy war, where along with terror strikes, a psychological warfare has been unleashed. There will be a jostling for our mind space and we need to brace for it. For instance, the talks of misuse of AFSPA (Armed Forces Special Powers Acts), or the atrocities being committed by the Indian security forces on the civilian population or the human rights of a terrorist. All these are deceitful and sheer propaganda.

The question is what should be our response? Well, the first and foremost duty is to identify our role in these pressing times. The civilian population can no longer afford to remain an innocent bystander. While the soldier on the border fights with a gun, we the civilians need to fight with facts and logic, and present a counter-narrative to the devious propaganda being run by fissiparous forces. It is not the time to let our guard down.

This is a historical opportunity to shun and isolate the naysayers, who find fault with every single thing about India. It is just a matter of time, when the perception managers and naysayers will start fabricating reports about Army’s excesses in Kashmir, misuse of pellet guns, false rape stories and human rights violation of “innocent” terrorists, among several others. The list is endless and given the vice-like grip they have over mass media it is just a matter of time that this starts popping up. The demand for “evidence of the surgical strike” is one of those illogical, but misleading arguments being put forth.

The strikes by the Indian Army could be a game changer for the nation and help shape our collective consciousness in a positive manner. This can happen only when we the people of this nation for whom a soldier sheds his blood are aware of his sacrifices and trust his word. Certain things are non-negotiable and India’s security and integrity is one of them. Period.

Is Uri the beginning of the end for Pakistan?