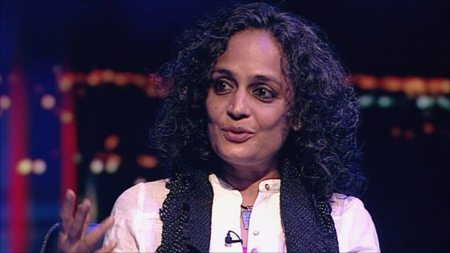 It was no different with the Crusades. The Knights Templar, which began as a heroic order in defence of Christianity were experts at extortion and fund raising, and became the first international bankers. It is no different today: individuals and organizations pursuing human rights agendas are first and foremost skilled at fund raising and influence peddling with private donors and government agencies. But no one working in the name of human rights likes to talk openly about money and power so they assume a self-righteous posture.

This is the reason that human rights activists are always speaking in high moral tones and never miss an opportunity to criticize people and organizations trying hard to maintain stability and balance in the real world. Their main goal is publicity through self-righteous posturing. American commentator Emmett Tyrrell called it moral exhibitionism. To become a human rights activist, it takes no accomplishments beyond striking moralistic poses and finding fault with others. A closer look at some of them shows them to be quite anti-humanist when it comes to their own lives and interests. A good many of them are little more than poseurs and publicity hounds. We can look at a few of them to see this truth.

The loudest ‘human rights’ person of our time, the most brazen publicity seeker is probably Arundhati Roy.  Born in Shillong, Meghalaya to a Keralite Syrian Christian mother—the women’s rights activist Mary Roy—and a Bengali tea planter, Arundhati (nee Margaret) Roy has consistently taken positions against the interests of the Indian state: all in the name of ‘human rights’. These include her support for the Kashmiri separatists and more recently the Naxalites/Maoists. She raised questions even over the culprits who attacked the Parliament leading to the death of security personnel – all, yet again, in the name of human rights!

It was originally called the Booker-McConnell Prize after the company Booker-McConnell began sponsoring the event in 1968, and became commonly known as the “Booker Prize” or simply “the Booker”. Among other interests, it operated the sugar industry in Guidana (British Guidana before independence in 1966). Booker-McConnell had a long history of exploitation of sugar workers through the indentured labor system. At its peak it controlled 75% of the sugar industry in British Guidana and was so powerful that a common joke was to refer to the country as ‘Booker’s Guidana’. In 1952 Jock Campbell took over the Chairmanship of the company. After centuries of exploitation, Jock Campbell began to treat his workers as human beings providing basic benefits for sugar workers.