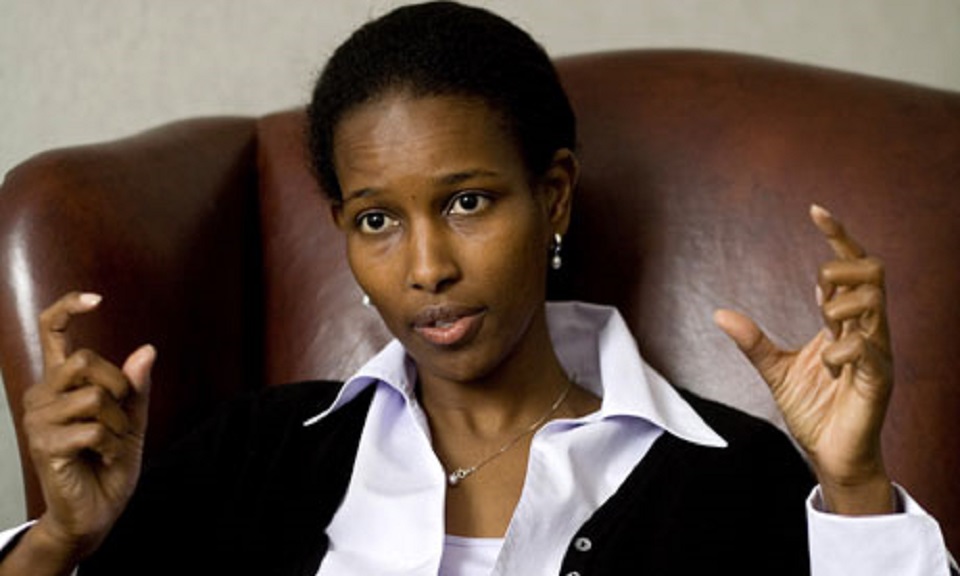 When an adolescent at school gleefully told me that the tooth fairy was not the one generously enriching my piggybank, and that it had to be one of my parents leaving the treasured coins under my pillow, I was shocked, even scandalized. I grew out of that childish belief though, only to discover that more of the world is not what it appears to be. This included personal ideas about life and death, poverty and disease, and Karma. These ponderous questions weighed on my mind, forcing me to reevaluate things I had always assumed to be indubitable.

It is difficult to grow out of beliefs that have been engrained in an individual since childhood, particularly religious dogma. But when that individual does manage to grow out of them, it is simultaneously liberating and enlightening.

So, in the spirit of a truly liberated soul, Somali-born author and human rights activist Ayaan Hirsi Ali in her latest book, “Heretic: Why Islam Needs A reformation Now,” proposes five amendments to reform Islamic doctrine. These amendments are:

While the first four amendments with some persistent nudging, may get tepid consideration by ultra-moderate Muslims, the last amendment is unlikely to be entertained by even the most liberal Muslims. It is contended that Hirsi Ali’s suggestion would threaten to unravel important tenets of Islamic doctrine; all the more reason for frank argumentation from both sides of the fence with regard to the last amendment.

Apologists and cultural relativists all too readily produce a panoply of justifications for Islamist inspired conflagrations across the globe, and have assiduously sought to shield the faith from any kind of intellectual challenge and critique. This lack of rigorous questioning of core doctrine has rigidified into a set of misogynistic and unyielding dos and don’ts. Islamic countries are able to erect a shield of infallibility around the faith by promulgating blasphemy laws, and liberal democracies are able to accomplish this by enacting anti-hate speech laws.

It is this shield of political correctness surrounding Islamic doctrine that Hirsi Ali proposes to pierce. But Hirsi Ali’s proposition is far from revolutionary. Other belief systems have gone through similar reformations in the past, and continue to grapple with emerging scientific innovations.

Beginning in the 17th century, Christianity went through a reformation that forced it to commence a laborious but gradual reconciliation with modernity and ideas born out of science and logic. This encouraged the faithful to reexamine their beliefs with greater scrutiny. Today, as Dr. Koenraad Elst, a historian and scholar of repute, asserts that many formerly devout Christians in Europe have left the Church and its teachings. This mass exodus was made possible due to an unforgiving combing of scripture and attempting to compare it to reason.

Still, many have chosen to remain Christian. But the crux is that at present, people have the liberty in predominantly Christian countries to choose whether they wish to remain believers. The choice is theirs. An ex-Christian will not face beheading or any sort of painful consequence for renouncing the Church and Jesus Christ. There are countless Christian versions of Hirsi Ali in the West, and they are not threatened with dire consequences by a lunatic Christian fringe, but boldly assert themselves.

Hindu Dharma on the other hand, needed no prodding, no great catastrophe to exhort an atmosphere favorable to reason. Questioning practices and beliefs, and conducting debates on sacred philosophy, has been fundamentally engrained in Hinduism throughout the ages. The lively debate between Gargi and Rishi Yajnavalkya is a Vedic example of Hinduism’s openness to the world of new and challenging ideas. A woman in those ancient times could pose questions to a learned sage. Moreover, the Lokayata (atheist) philosophy is another example where Hinduism made room for new schools of thought.

It is now Islam’s turn to embrace logic, and walk down the isle of reason. Many Muslims may find the idea of questioning the sanctity of their beliefs repugnant. But this persistent needling of the core beliefs, will lead many to liberation from a straight jacketed ideology. Persistent questioning and open interpretation of Quranic texts may prompt some to leave Islam forever. Still others will be enraged and resort to bloodshed. But the violent elements would no longer be able to claim infallibility of their prophet, and will have to accept that Islam is just another belief system. Thus, removal of mental shackles will far outweigh any negative fallout, and in the long-run, Muslims will be grateful for reform.

From infancy, to childhood, to adolescence, to adulthood, and eventually into old age, our evolution as individuals blessed with the gift to formulate seemingly unanswerable questions never dries up. Our curiosity leads us to discover and seek evermore complex answers to life’s riddles.

If I still believed in the beneficent tooth fairy, I would be stuck in a time warp of futility. Similarly, holding onto beliefs that clash with reason and ideas of coexistence could prove pernicious for not only the individuals insisting on practicing those antiquated ideals, but threaten the unbelievers around them as well. Ayaan Hirsi Ali, contrary to her critics, is not anti-Islam in her latest pronouncement, but is proffering a long-term solution that will inevitably bring Muslims a sense of dignity.