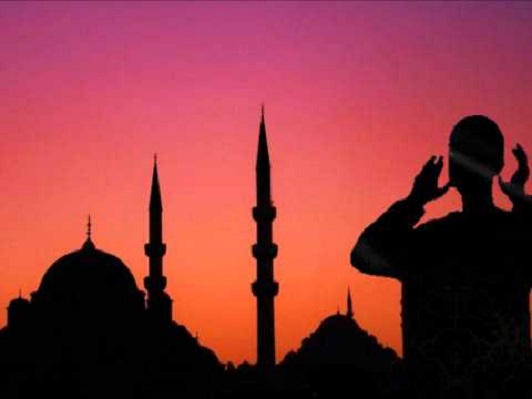 Sonu Nigam is what we would call a moderately famous personality in Bollywood. But on 17th April, he shot to fame once again when he inadvertently committed a cardinal sin according to Indian secularism. He criticized the self-arrogated right of the Muslim community to intrude into the personal space of the Hindu majority by blaring azaans on the loud speakers. [1]

He did not criticize Azaan per se. He only criticized the use of the loud speakers [2] but Indian secularists are not the subtlest of creatures. Nuances are not what you would expect of them. In their world, anyone who is not with them is at war with them.

A spate of angry denunciations and disappointments were shared on social media, with many thekedars of Indian liberalism and secularism criticizing him of ‘playing into the hands of communalists at the government’. [3] Some called it just a publicity stunt, blaming him of aspiring to become the ‘Anupam Kher of 2017’,[4] whatever that means.

The net result was that #SonuNigam was trending for most of the day on social media websites. Once again, somebody had violated the sacrosanct laws of Indian secularism and invited the wrath of the Indian liberal upon him. Was it really outrageous? What was so wrong with what Nigam said?

Loudspeakers and their use in public is an outrage, whether they are used in a religious or a social event. Their use without restraint is certainly a nuisance for any civilized society. They are banned by the Supreme Court in India. [5] Even some Islamic countries have banned its use. Saudi Arabia is one of them. [6] But in India, even after the ban, they are used without restrain. Their use should be curbed; there is no doubt about that.

But there was one more point that Nigam made. He said that even while he was not a Muslim, he was forced to listen to the Azaan, or the Shahada, the Declaration of Islam. To him it was something forced; something akin to ‘gundagardi’.

What exactly does the Mullah say in the Azaan? What is it about?

Azaan is the Islamic call to worship, recited by the appointed Muezzin in the mosque. It calls upon the Muslims to prayer, reminding them of their allegiance to Islam, a faith which demands strict adherence. It starts with Takbir, and then follows with Shahada.

Takbir is the Islamic expression of faith, meaning “Allah is the greatest.” It is a statement of religious defiance, a declaration to everyone outside the religious fold of Islam. The Shahada takes it even further, making it a sort of religious warning. The Shahada says: “There is no god but Allah. Muhammad is the messenger of Allah.”

Islam, it is well known, is a monotheistic faith like Christianity and Judaism. For the monotheists, worshipping many deities is not just wrong; it is the greatest sin possible. For Muslims, just like there is One True Holy Book, One True God, there is also One True Prophet, humanity’s only conduit to God.

Holding any view is acceptable if it is done in private. So even this extreme view is tolerable if it is kept private. However, if it is forced upon others then it should have no place in a civilized society.

Historically, the Azaan was meant to show the polytheists of the 7th century Arabia that Allah is greater than other gods worshipped by them. [7] It was not just a defiant declaration of Islamic faith. It was also meant as an insult; a denigration of other faiths. It was more concerned with the non-Muslims than Muslims.

Islam does not really allow freedom of expression. Criticizing the Prophet is punishable by death. [8] Abandoning Islam is punishable by death.[9] The Muslims, advised by the Quran and the Hadith, consider that the Islamic god Allah is not just superior to other gods, but is the only God. Believing otherwise, is a cardinal sin.

The Azaan is the daily expression of this exclusivist and intolerant claim of Islam.

It is in direct abrogation of the freedom of expression. It was forced upon the non-Muslims of the seventh century Arabia and subsequently upon the rest of the world. It should have no place in a civilized modern society, based on true secular credentials.

The importance of Azaan to the Islamic faith is clear from the fact that Prophet Muhammad considered it critical for the survival and propagation of Islam. He appointed Bilal, the converted African, as the first ever Muezzin in Islam. Bilal had the loudest voice among his peers. He was thought fit to be appointed as the muezzin; to call Muslims to prayer through Azaan. That the Prophet chose someone with the loudest voice to do the Azaan shows, he considered it central to the new faith of Islam.

The intrusive nature of Azaan also becomes obvious from Islamic architecture and the minaret’s place in it. To a student of architecture, the minaret in the mosque is an intriguing thing.  More often than not, his aesthetic sensibilities are hurt at the sight of that out-of-place and often ugly turret which juts out from some of the most beautiful mosques in the world. In most cases the minaret just destroys the architectural symmetry of the mosque. Which makes us question? Why do mosques need the minaret?

They need the minaret because it is necessary for Azaan. A higher minaret would get the voice of the muezzin farther. In the seventh century Arabia, it was the minaret, which fulfilled the role of the loud speaker. Just like a bigger loud speaker takes the azaan farther, so did the minaret in ancient times.

And just as the loud speaker in a modern mosque is an intrusion into the privacy of non-Muslims, so were the minaret and the Azaan in the pre-modern times. This is the crux of the issue.

A Muslim woman suggested during the row over Sonu Nigam’s comments that modern technology offers the Muslims a chance to show grace to their non-Muslim brothers and respect their privacy and their fundamental right to NOT listen to the Azaan. They can put alarms in their mobiles which would personally sound the Takbir and the Shahada to them five times a day and nobody else would be disturbed. By doing this, they would fulfill the injunctions of their religion and at the same time respect the sensibility of non-Muslims as well.

The willingness of the Muslims to do this will be the ultimate test of the Islamic ideology about its compatibility with the notion of freedom of expression.