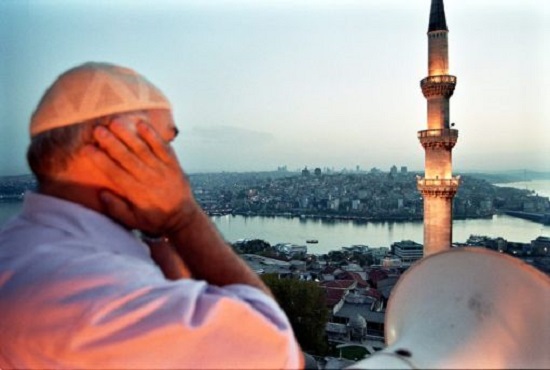 Superstar Bollywood singer Sonu Nigam’s recent volley of tweets expressing his annoyance over being woken up by azaan, the Islamic call to prayer that is broadcast from mosques, on loudspeakers, five times a day, every day, including one at an unearthly morning hour, is first and foremost a cry for relief from the fatigue caused by general noise pollution in India. However, as a consequence of his tweets, a Maulvi in West Bengal, in typical fashion, has issued a fatwa on Nigam and has offered a reward of Rs.10 lakhs to anyone who shaves the hair of the singer and puts a garland of old torn shoes around his neck. In yet another shock, the singer is now reportedly being persecuted further and is facing an FIR by a Muslim organization in Maharashtra.

Understanding the problem of noise pollution in India

Overwhelming noise pollution is presently a big problem in India. It has perhaps always been so, but especially in recent years as the country has become materially more prosperous, millions upon millions of new vehicles of all sizes and kinds have been added to the already crowded roads, contributing to the din and chaos. More people are now busy and on the move, on poorly designed and managed roads, in towns and cities where chaos prevails as a norm rather than an exception. The urban Indian landscape, already overcrowded and with shrinking green and open spaces, has only become more disorganized, more congested and noisy, and more difficult to negotiate. More people, already packed densely in towns and cities, are now expressing themselves louder in speech and action. With electric supply – a catalyst of better living and of a myriad consumer desires – becoming more abundant and reliable, the problem of noise pollution has only gotten amplified. 24 hour radio and TV, electronic gadgets, and music and sound systems have become ubiquitous, while the size of living spaces has shrunk.

When one looks closely, the main sources of daily noise pollution in India, especially in residential areas, can be identified as follows – 1) motor vehicles and their incessant honking, 2) loudspeakers at religious places and functions (and oftentimes at even local political or social functions), 3) music and songs blasting at high volume in markets, neighborhood slum pockets, and even some schools during assembly and school functions, and 4) unaware social behavior like shouting or talking really loudly in public. Further, the general loudness seen in many Indians and the widespread lack of awareness of the concept of using ones softer indoor voice in shared public indoor and outdoor spaces shows the need for the refinement of the contemporary Indian spirit. This obnoxious noisiness has percolated into other aspects of life as well. Even the style of the debates and news presentations on TV channels is noisy and unpleasant and leaves one with frayed nerves.

As India continues becoming more urban, this problem of ubiquitous noise pollution is yet one more which will have to be tackled on a war footing before stress and anger levels in a large chunk of the population worsen. All these factors – including the lack of concern and consideration for others and the kind of behavior stemming from a lack of self-awareness that is seen in many in many individuals – often make shared or public spaces in India ugly instead of beautiful. Educating everybody about these issues is key.

It is in this context that superstar Bollywood singer Sonu Nigam’s questioning of the use of loudspeakers that belt out loud azaan prayers in Arabic from mosques five times a day, each and every single day of the year, and bombard the populace that is 85 % non-Muslim in a foreign language they do not even understand speaks to common sense. It is secondary that it is also happens to be an act of bravery and revolutionary dissent because it shows how Indians have been forced to mutely tolerate all kinds of nonsense even decades after gaining freedom from foreign rule. His questioning is brave because it offends, in Nigam’s own music and cinema industry, the influential politically correct panderers of the “special status of/for Muslims” kind of secularism that has come to characterize the “religious equality” that is practiced by the Indian state and society, and sensible because, as his message indicates, such loud unwanted noises blaring across neighborhoods at odd hours five times a day on loudspeakers affect those exposed to it. He has complained about being woken up from his sleep – day after day, one may infer. Undisturbed sleep heals. Proper, restful sleep is as important for mental and physical health as it is for a state of mind that is free from confusion and inner noise in the waking state.

In a Bollywood dominated by various wimpy and nepotistic Khans, Bhatts, Kapoors, and Johars, Sonu Nigam stands out as a model citizen for speaking out sensibly and fearlessly and for questioning the use of loudspeakers in religious places. It is unfortunate that even in Bollywood, some like the self-confessed alcoholic actress Pooja Bhatt of the Bhatt clan known for its customary pro-Pakistan stances, have tried to give a divisive communal color to the issue, instead of supporting and understanding Sonu Nigam.

With Sonu Nigam’s tweets, the question of unbearable and unnecessary noise pollution in India has come to the fore. Noise pollution will have to be curbed, just as the problems of pollution, corruption, traffic related congestion and chaos, environmental degradation, garbage and waste disposal, and haphazard piecemeal urbanization in an overcrowded India will have to be resolved, even though some may not agree. The time to mitigate the noise problem is now, before extended exposure to continuous noise in Indian cities starts affecting more people’s mental health and exacerbates collective stress levels.

Today, India is on the threshold of huge change as it attempts to channel its national energy in new directions to renew its timeless self, lift millions out of lack and misery, and rise anew in the world. One thing it will have to do to accomplish all this is to transform its manifest unconscious chaos into an efficient yet humane order. Respect for others, better stewardship of the ambient environment, and the reduction of noise pollution levels in shared spaces – whatever be the source – are essential for India to become transformed into a less chaotic space. India has celebrated chaos enough. It’s time for it to balance it with order and organization. Noise pollution contributes to chaos and is a form of violence. Stress from noise can also make people impatient and violent as too many examples show. If the India of the future is to remain livable and hospitable to the subtle impulses of existence and of human consciousness, the problem of noise pollution will have to be tackled.

Given the high population density and crowded conditions in India in general, the cultivation of ambient peace and silence – something valued by the ancients – will go a long way in ensuring a heathier and happier life for the common person. Contributing to ensure a less noisy and less cacophonous spatial environment for all is the responsibility of everybody. Creating such an environment – comprising a noise pollution free spatial environment and a serene akasha (subtle inner and outer space) where interpersonal kindness, intelligence, and creativity can blossom – is also essential for a cleaner India. Such goals should be made a part of the Swachh Bharat mission.